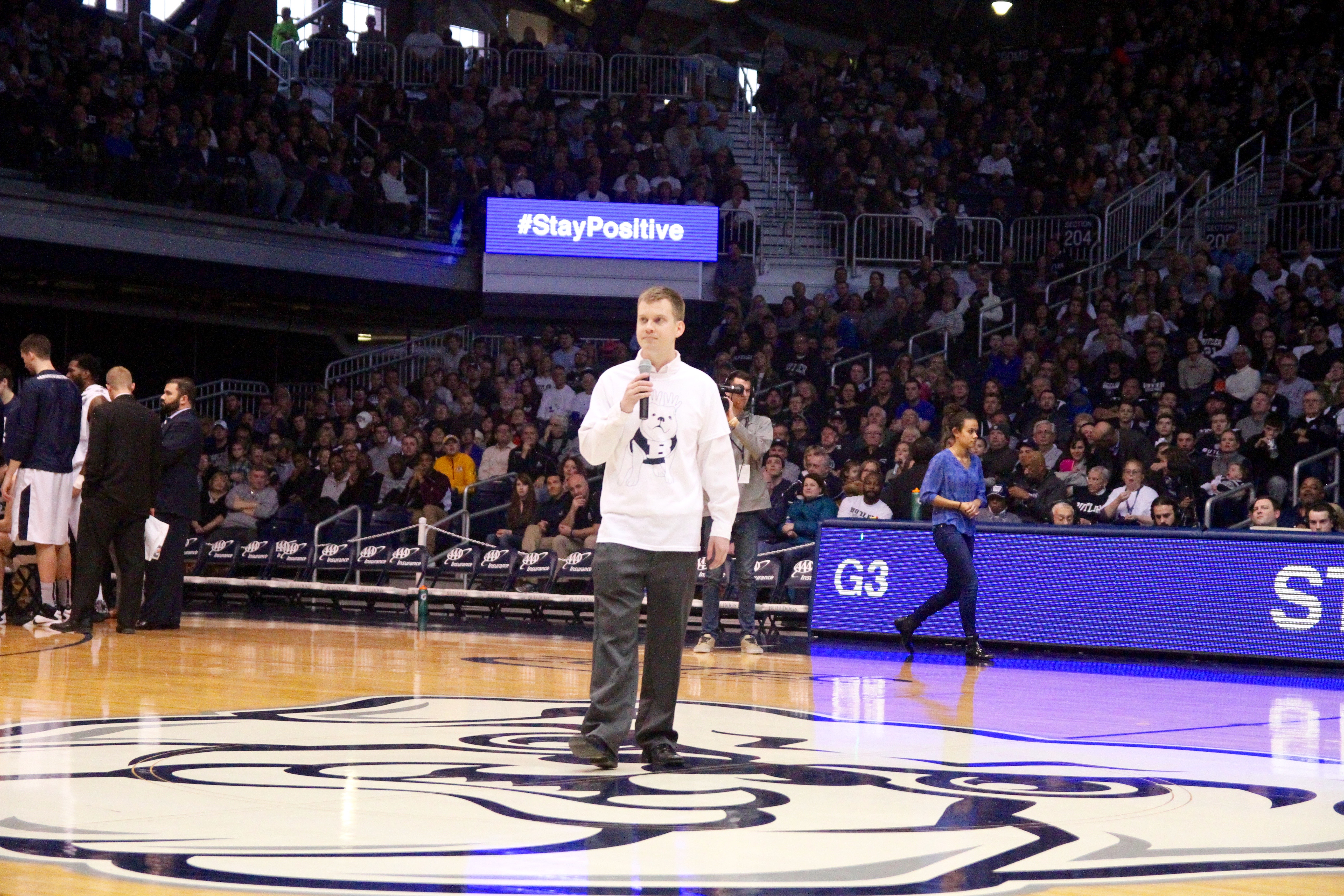 He started Stay Positive to spread the message that “the only disability in life is a negative attitude” after a conversation with a 6-year-old girl he met during his second round of cancer.

Stay Positive started off Saturday’s game selling merchandise around the stadium. The club donated 100 percent of the proceeds to Samantha Smith in memory of Smith. Before tip off, they had sold out of three different shirt sizes in less than 2 hours.

Aislinn Baltas, Stay Positive member,  said the atmosphere at the game was the greatest feeling in the world.

“It was amazing to see how supportive and generous people are for someone they may have never met and to be a conduit for that energy,” she said.

When Samantha Smith spoke on behalf of her husband, she struck a chord with many with her honesty and strength that it took to be there.

Sophomore McKenna Wilson was one of those affected by the events that went on and said the club did a good job of handling all the emotions in Hinkle Fieldhouse that day.

“I never knew Andrew, but I could tell from the reactions in the stands the impact that his life had on so many people,” she said. “My thoughts and prayers will continue to be with the Smith family as they move through this difficult time, but I hope they know how much Andrew’s fight has touched my own life and the lives of other students here at Butler.”