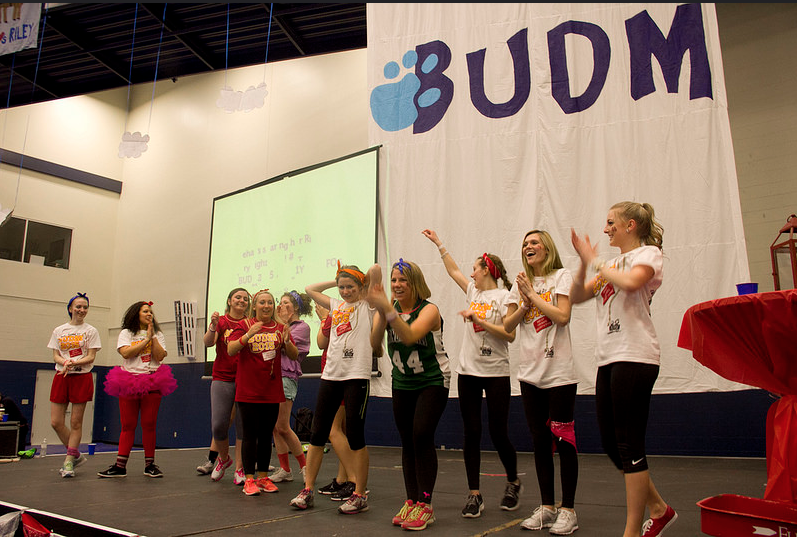 Cancer, like any other life-threatening disease that plagues society, is a serious issue and deserves attention from medical scientists. That being said, those who are not part of the crème de la crème of oncologists can support the fight against cancer through the art of dance.

Whether you are as graceful as a ballerina or simply enjoy flailing to the beat, the Butler University Dance Marathon 2016 executive team wants anyone to join the efforts on January 23 from noon to midnight in the name of cancer research.

BUDM had humble beginnings in 2003, working out of the claustrophobic Reilly Room while raising more than $10 thousand for charity their first year. Since then, the marathon evolved into a campus-wide tradition, bringing bulldogs and families of all ages together in the Health and Recreation Center with a collective total of more than a million dollars raised going directly to the Riley Hospital for Children in support of oncology research.

Like many visionary movements, the key idea that truly pushed the BUDM to become the communal celebration that it is today wasn’t even an idea; but rather a person.

As the sister of the Dance Marathon president, Cohen artfully spoke at several marathons capturing the hearts of the dancers and overall supporters with her passion for Butler and love of dance.

Cohen died before she could attend Butler, but her ability to share stories and connect with hundreds made her an honorary bulldog in the eyes of the marathon and university alike. In the words forever etched on her headstone “Sarah’s life burned like a bright candle, radiating joy, love and inspiration to all who knew her.”

From the passing of one bulldog to another, the recent untimely news of former Butler Basketball star Andrew Smith will be mentioned in recognition of his struggles as well as made an example as to why BUDM needs as many donations as possible.

From change to checks, any amount can and will be accepted. The total will be revealed at the end of 24 hours of groove and gratitude.

Regardless of the fame and talent that makes Andrew Smith’s story more well-known, the fight towards one less bulldog, or citizen for that matter, taken before their prime is truly something worth dancing for.

For information on how to donate or dance, you can go to the BUDM website at: http://blogs.butler.edu/budancemarathon/