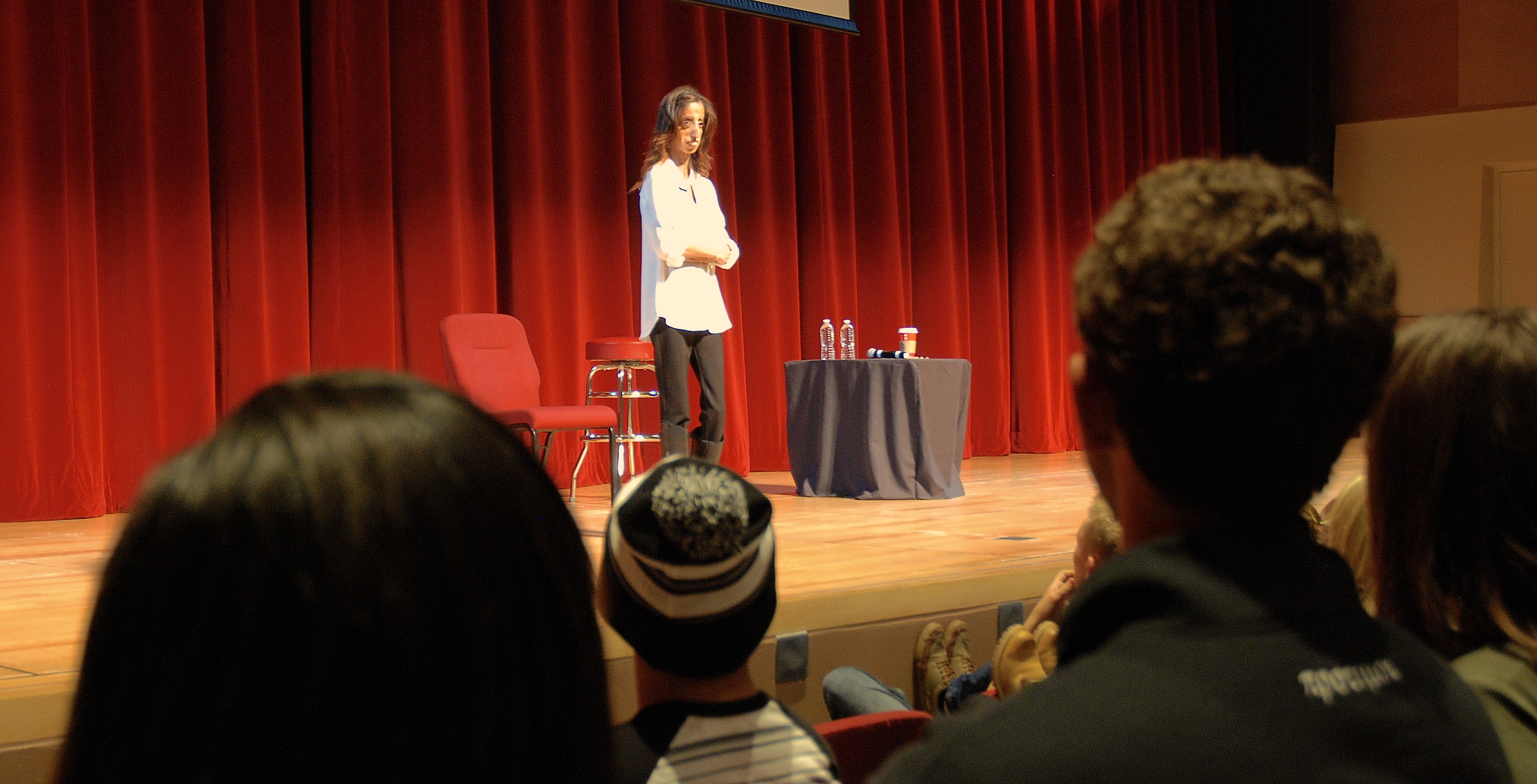 A boy stops to help pick up his classmate’s books that fell on the ground. A sympathetic individual speaks out against name-calling. Someone invites the girl who sits alone to join her table.

Little acts of courage and kindness can help to make a big difference in the world. Lizzie Velasquez, a woman with a disease that prevents her from gaining weight, is 26 years old and only weighs 58 pounds.

She spoke to Butler University students for an event sponsored by the Student Government Association about the importance of positivity and the difference that each person can make.

Lizzie Velasquez faced negativity from birth. Born 2 pounds, 10 ounces and with unforeseen complications, Velasquez made the doctors concerned about her future health. Velasquez’s parents were told that their daughter would never walk, talk or function normally.

Velasquez explained to Butler’s audience how her parents did not listen to these doubts but raised their child in a normal, supportive environment. The family and friends of Velasquez remained a constant support for her through all the difficult times of her childhood and adolescence.

“I feel like they were little angels protecting me at all times,” Velasquez said. “Which I am so so thankful for.”

When she was young, she endured stares at grocery stores, whispers at school and a video that she found at the age of 17 stating that she was “The World’s Ugliest Woman.” Every comment on the video was negative, including statements such as “kill it with fire” and “why did your parents keep you?”

As Velasquez shared her memories with the audience from this traumatic time in her life, the 2,000 spectators in the crowd wore sad, downcast faces.

But Velasquez continued on with her story to tell how she turned her situation into a positive, inspirational message for all. She described how her journey began with a small speech to fourth graders and eventually turned into a career as a motivational speaker who travels the world, an author of three books; Be Beautiful, Be You; Choosing Happiness and Lizzie Beautiful: The Lizzie Velasquez Story. She is also the subject of a documentary, A Brave Heart: The Lizzie Velasquez Story.

“The power each of us has is mind-blowing,” Velasquez said.

Velasquez concluded the evening by explaining how small deeds, such as buying someone a coffee or complimenting a girl on her outfit, can make a world of difference. As a victim of

“Always remember that you don’t know what someone is going through,” Velasquez said.

Senior Rachel Hahn said she reflected after the event about her positive reactions to Velasquez’s powerful speech.

“Hearing her strength and courage was inspiring,” Hahn said. “At the beginning we were really focused on her and her story, but then she was able to turn it back around to all of us and how we can have an impact.”