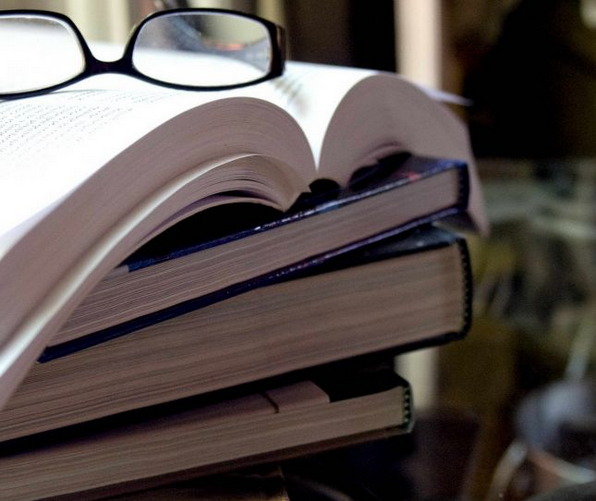 “Writers don’t make much money, do they?”

“What, do you want to write books or something?”

“Can you even get a job with an English degree?”

“Your workload probably won’t be very stressful. Do you just read Shakespeare and stuff?”

Oh, the pressing questions English lovers face as they graduate high school and try to decide what they want to do with their lives. Often—at least in my case, I know it proved to be true—many teens entering college are discouraged from pursuing an English degree.

In middle school I ostentatiously told almost all of my peers and teachers that I was going to be an English literature major. I wanted to write. I wanted to read. That is what I loved, and that is what I knew I could probably do for the rest of my life.

But upon entering high school, so many students were pressured into majoring in something stable. Something practical. Something that would allow you to pay off all of those student loans someday.

And they convinced us that majoring in English was not going to get us there.

But what many do not realize is that an English degree does not symbolize all of the unpublished novels we plan to write or the drunken poetry everyone expects.

Those are the stereotypes.

Frankly, since I have officially declared a second major in English—on the creative writing track—I have realized that English majors are seriously underrated and underappreciated.

First, there is the stereotype that all writers want to become poets or fantasy novelists.

What many people do not know, however, is that writing really can fit into any job category. Those people that write speeches for your favorite—and least favorite—politicians? That’s us. Those people who edit J.K. Rowling’s and Zadie Smith’s novels? That would be us.

Those people who are going to teach your children the proper use of “saw” or “have seen?”

At Butler, the English major consists of concentrations in literature; creative writing; literary theory, culture and criticism; and public and professional writing. Imagine the possibilities.

Obviously, English majors have some sort of writing ability.

While you are putting together math equations and learning how to properly mix nitric acid and hydrazine—chemistry majors, see what I did there?—we are writing creative cover letters for our resumes.

Those lab reports may help your writing become direct and concise. But those American literature and required prose classes have showed us how to construct a winning—not to mention, witty—argument. We can pull at the heartstrings, make you laugh and think we are intelligent and insightful all at once.

In an article for the Huffington Post, Steve Strauss mentioned a couple reasons why English majors embody the kind of person he wants to hire. One of these points is that they are bold.

“Not only do these folks have to be bold simply to make such a choice of majors at a time when everyone is advising them to think about making themselves as practical as possible in this shrinking, global job market,” he wrote in the article. “But the nature of their gig is that they have to be bold. Reading Chaucer, making sense of it, writing a term paper on it, and then being able to defend it, takes far more bravery than, say, analyzing the fall of the Soviet Union.”

We control what you hear, read, and see and how you interpret it.

Sometimes, this can be a bad thing. Cue Brian Williams. But we have the power—particularly in the media—to do this.

When our powers are used for good, we can show you what you need to see. We can be a voice for the voiceless—keep you informed on the world around you. We are your main source for current knowledge.

Some of us may be introverted, but we still know our way around words. Whether it is through a cover letter, a strongly-worded email, an article, or through a Q&A at Butler’s Visiting Writer’s Series, English majors know how to get a point across.

Sometimes, we may try to be cryptic and metaphorical. But I promise, there’s a purpose to our crazy analogies and ornate sentences.

And if all of this doesn’t matter to you, just keep in mind you may want to keep one of us around. We can edit your final papers, manuscripts, graduate theses, doctoral dissertations and career resumes.

I am not by any means saying that English majors are better or smarter than another—every type of person has his or her own strengths and weaknesses.

All I am saying, is that people have seriously undervalued English majors. We are kind of bada–.