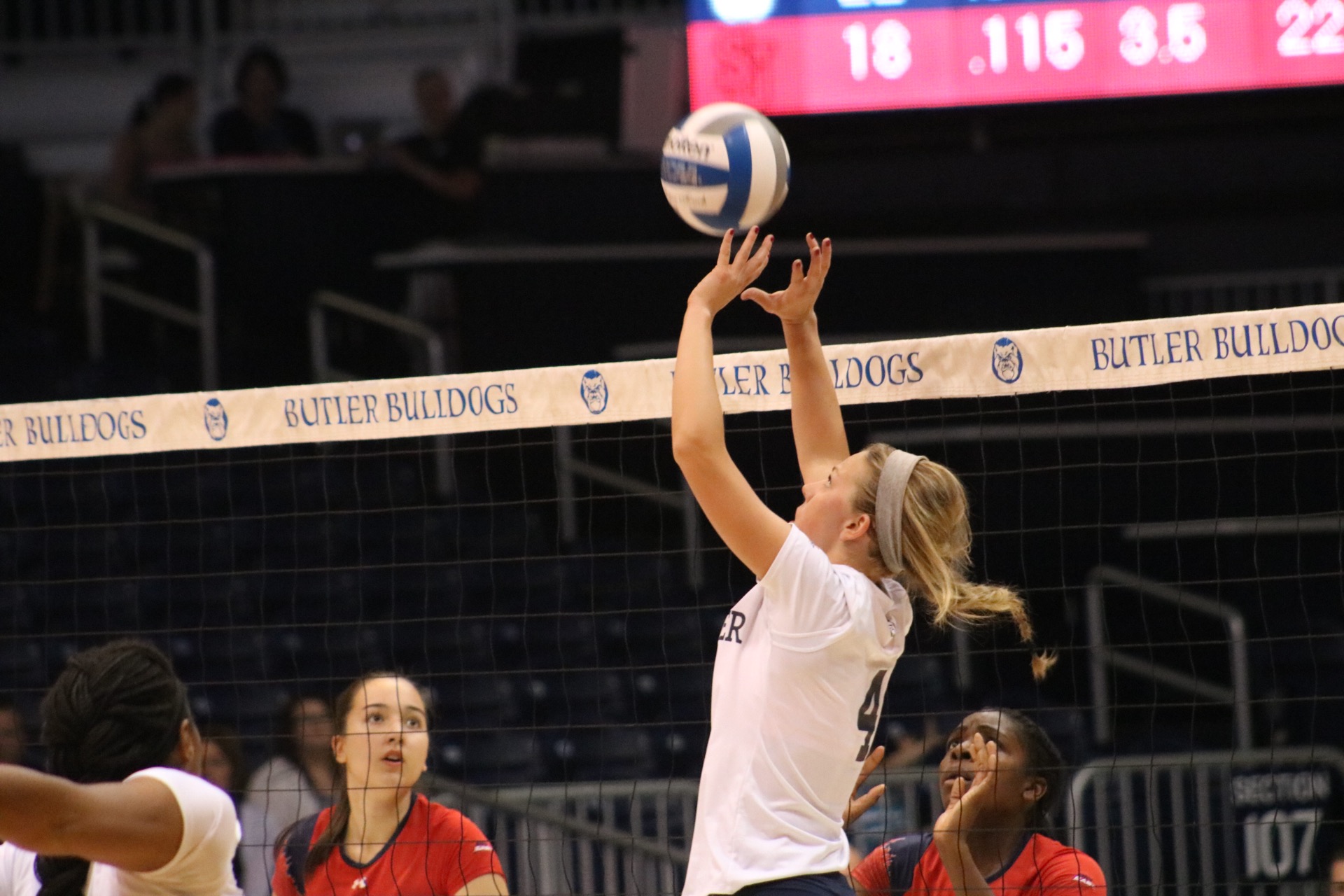 Sophomore Makayla Ferguson ran the show once again on Saturday as Butler volleyball took down St. John’s in four sets. Ferguson recorded a team-high 43 assists as the Bulldogs capped-off their second win in as many nights.

Head Coach Sharon Clark credited position changes as being one of the keys to the victory.

“We made some adjustments to our lineup,” she said. “We put Kodi Smith at libero and placed [senior] Mary Streidl all around. It made a huge difference with our ball control, as we passed very well and our chemistry was great.”

Serving and passing has been a point of emphasis for the Bulldogs throughout the season. Logan, one of the team’s’ top offensive threats, lauded the ‘Dawgs’ all-around play.

“Tonight, we passed and blocked extremely well,” Logan said. “Our defense allowed us to keep rallies going, and Makayla Ferguson did a great job spreading around the offense so St. John’s was constantly yo-yoed back and forth.”

Butler faces two critical tests next weekend. They will square-off against the Villanova Wildcats on Friday and will challenge the Seton Hall Pirates on Sunday afternoon. Both matches will be played at Hinkle Fieldhouse.

“We will work really hard on our offense this week,” Clark said. “We need more hitters to be offensive threats, and we will need a balanced attack against Villanova and Seton Hall.”

Butler currently stands in seventh place in the Big East. The top-four teams qualify for the conference tournament.

“We are excited to show everyone at home that the aggressive old Butler volleyball team is back,” Logan said. “We’re going to do everything we can to make the Big East tournament.”