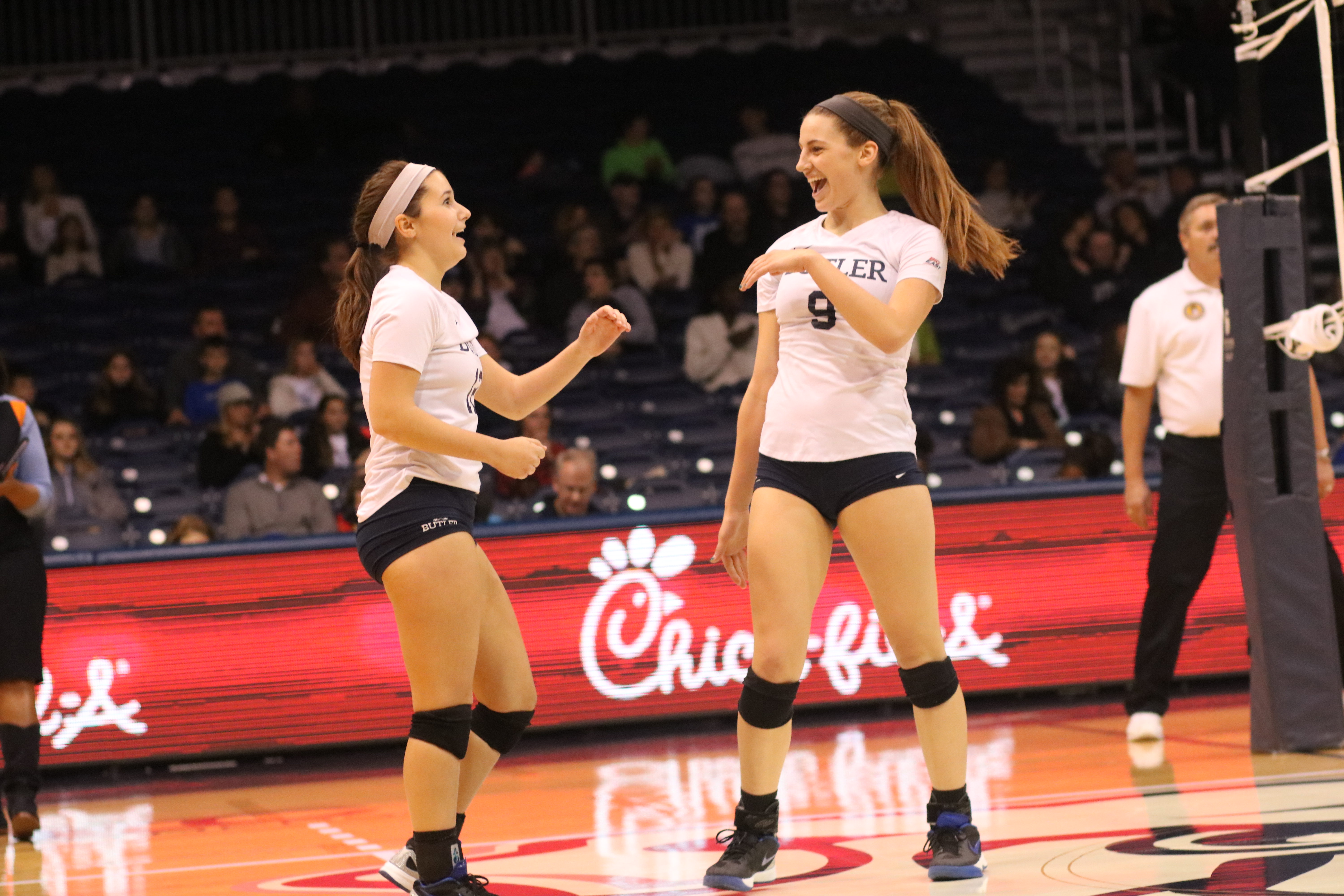 In the final weekend of their season, the Butler volleyball team split a pair of matches against the Marquette Golden Eagles and the DePaul Blue Demons. The Bulldogs finished the 2015-16 campaign with a 12-19 record (8-10 Big East).

Freshman Anna Logan and senior Mary Streidl combined for 21 of Butler’s 33 kills against Marquette on Friday, but their efforts were not enough. The Golden Eagles swept the match with scores of 18-25, 14-25, 15-25).

“It was really unusual for us to not go really hard,” Head Coach Sharon Clark said. “At times, we felt like we couldn’t get our hands on the ball when we normally do. We became sluggish, and that is something we will have to work on.”

Freshman Jessica Admire said the team found positives from their performance despite the loss.

“Our serve-receive was great,” she said. “Mary had an amazing hitting game, and both seniors [stayed] level-headed.”

“I’m so proud of my team,” she said. “I really just told them, ‘We have to relax and be us.’ We came out and we played well start to finish, we played great defense, and it was just really fun to watch.”

The Blue Demons walked away from historic Hinkle Fieldhouse with a 16-15 record (4-14 Big East).

Striedl and Natalie Meert, who were honored with a pregame senior night ceremony, posted 18 kills and 17 digs respectively. The Bulldogs tied or outperformed DePaul in every major statistical category.

Streidl, who finished her career with a 7-0 record against DePaul, said that she felt a mix of emotions playing in her final collegiate volleyball match.

“The last match was really bittersweet,” she said. “Truthfully, it was really sad because I know much I’m going to miss competitive volleyball.”

With the season now in the books, Clark said she thinks that her team grew a lot over the past three months.

“This season is indicative of all of the experience that we got, and it finally came to fruition at the end,” Clark said. “What I will remember are the sparks of brilliance that this team showed.”