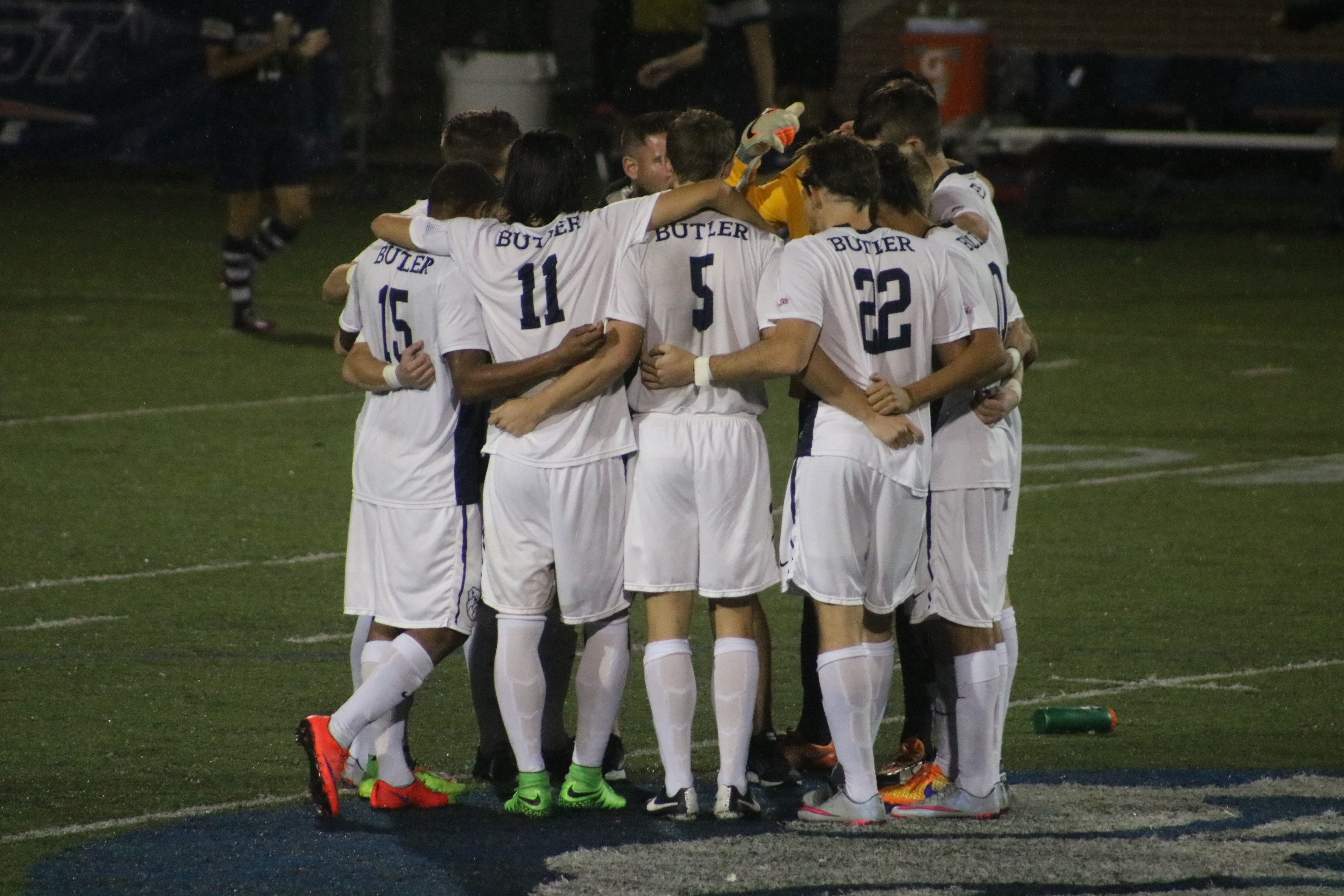 The Butler men’s soccer team continued practice throughout last week in hopes of extending the season by qualifying for the NCAA Tournament as an at-large team. Despite high hopes, the Bulldogs were not among the 48-team field released by the NCAA and conclude the 2015 season with an overall record of 10-4-4.

Butler’s final game of the season came in the quarterfinals of the Big East Tournament, where they were eliminated by sixth-seeded Providence. The Friars were able to force the game into overtime after leveling the score at 2-2 in the last 90 seconds of regulation play. After two scoreless overtimes at the Butler Bowl, a 4-2 shootout advantage propelled Providence to the semi-finals. The Bulldogs entered the tournament as the No. 3 seed with a 6-3 conference record.

In his fifth season as the men’s head coach, Paul Snape led his team to an explosive start after a series of exhibition game losses. The Bulldogs won their season opener 1-0 at Wisconsin on Aug. 28. Butler would not lose a game until Oct. 6, a 2-1 defeat at the hands of SIU-Edwardsville. The nine-game winning streak marked the longest the team had stayed undefeated to start a season since 2010.

The Bulldogs were able to avoid losses early through a combination of wins and last-second heroics to drive games into overtimes or ties. The team persevered against No. 22 Indiana, and barely missed an opportunity to repeat their performance from two years ago, when they  overcame a two-goal deficit to defeat the Hoosiers. Instead, Butler settled for a 2-2 tie in the highly anticipated match.

As the season progressed, the Bulldogs climbed national rankings and held an overall record of 6-0-3 through nine games. The team won their first two Big East games of the season after dominating Villanova and Providence. College Soccer News and Top Drawer Soccer National Polls released on Oct. 5 placed Butler 19th in the nation. Prior to the match against SIU-Edwardsville, the Bulldogs were one of six undefeated teams out of the 206 NCAA Division I men’s soccer programs.

After suffering their first loss of the year, the team dropped their next two matches against top-ranked Georgetown and Creighton. However, they would rebound from those losses and injuries to key players Vincent Mitchell and David Goldsmith, winning four of their final five regular season games including a 3-0 senior night win over Xavier. Vincent Mitchell, Jeff Adkins, Mike Kozielek, and Caleb Postlewait were all honored as they suited up for their final regular season game.

Postlewait also gained recognition from the conference, joining teammates Eric Dick and David Goldsmith as members of the All-Big East Second Team. Vincent Mitchell earned First Team honors, while Butler was also represented by freshmen midfielders Marco Charalambous and Jared Timmer, both of whom were selected to the Big East All-Freshman Team.

Another highlight from Snape’s freshman class was defenseman Joe Moulden. A Bolton, England native, Molden played all 1,502 minutes of the season and was part of a defense that allowed just 15 goals in 17 matches.

The Bulldogs’ offense was powered by the duo of Vincent Mitchell and David Goldsmith. The team averaged 1.83 goals per game, second in the Big East behind Creighton. Mitchell averaged 1.75 points per game, good for second highest in the conference. He was recognized on the College Soccer News National Team of the Week for two consecutive weeks at  one point during the season, and spent three straight weeks on the Big East Weekly Honor Roll.

Mitchell and Goldsmith tied for the team lead with 11 goals each. The pair tied for third in total goals scored amongst Big East players. Goldsmith was named to the College Sports Information Directors of America (CoSIDA) Academic All-District Men’s Soccer Team. The honor recognizes achievements on the field and in the classroom.