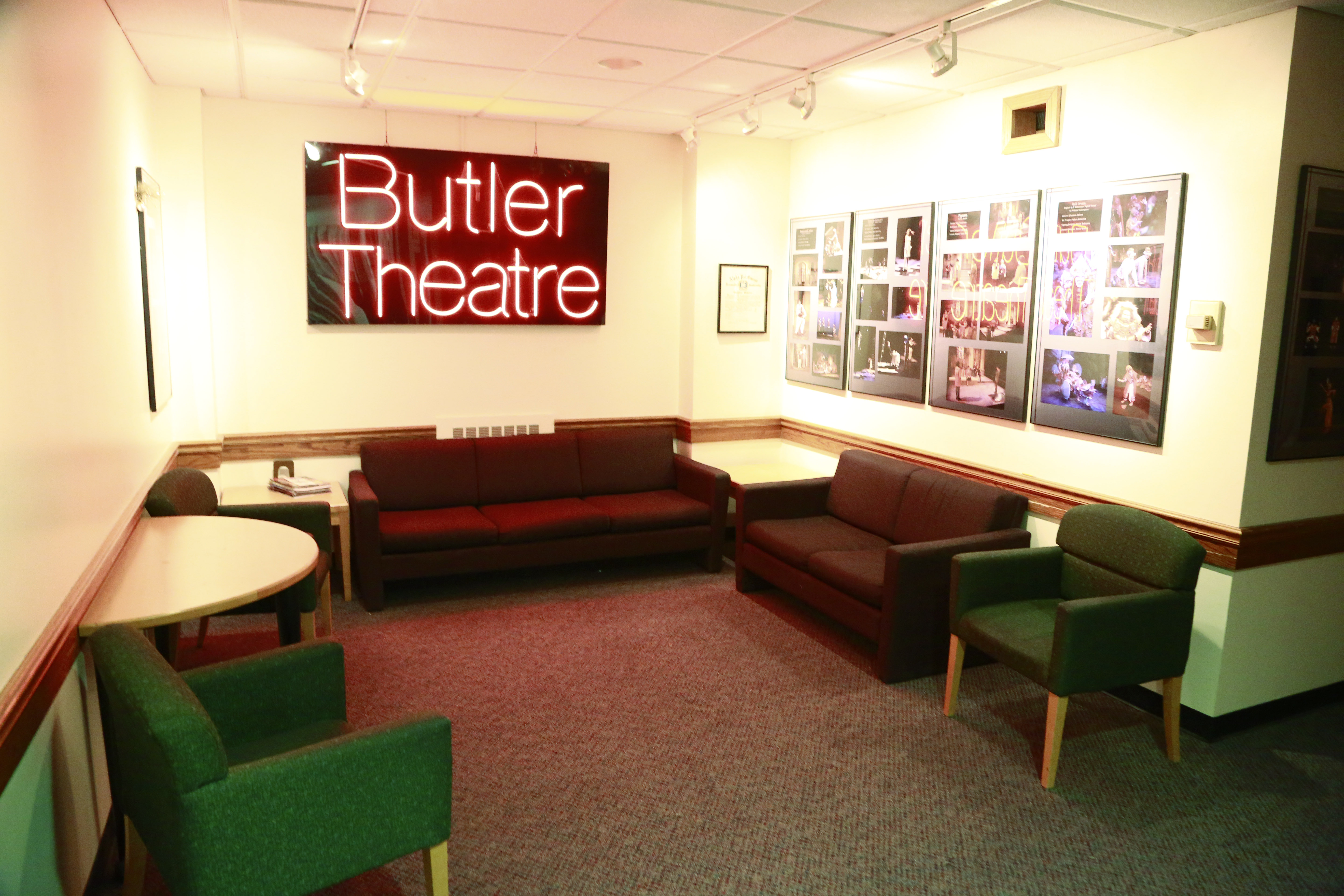 The Butler University theatre department opened its season with “Our Town,” a performance that lacked in scenery but was full in character.

Stepping onto the barren stage at the Howard L. Schrott Center for the Arts, Ariel Laukins and Alexander Borrello, playing the stage managers, described the small town of Grover’s Corners, New Hampshire.

After explaining how some audience members feel a need for scenery, two plain ladders, tables and benches and six chairs were brought on the stage. Very few scenery items were added to the stage during the duration of the play and only several props were used.

Emma Shafer, a sophomore, said it was a strange feeling of having to keep track of invisible furniture and household items.

“Having to remember where I put my bowl down and where I put my spoon is weird,” said Shafer. “I used the boards of the floor and spatial awareness to keep track of it all.”

Having few things to look at in terms of tangible items, the audience was forced to focus more on the individual characters. The chemistry between Lexy Weixel’s character Emily Webb and Nathan Haston’s George Gibbs was evident through their small flirtations and longing glances. The strong, parental nature of Mrs. Gibbs was apparent through her supportive advice and motherly devotion.

Sound board operator and first-year theater major Alexandra Rohrer got to experience a behind-the-scenes look into how these profound characters were made.

“When you’re in it, you only focus on your own character,” Rohrer said. “Being able to see everyone and how they change their character every night and stay invested in it is very cool.”

Through these deep characters, impactful moments captivated the audience. One such moment was when Emily Webb looked back at her 12th birthday and contemplated the fragility of life. This scene heavily impacted first-year audience member Rowan Whitcomb.

“Her realization in that moment is a high-strung emotional moment,” said Whitcomb. “It really puts in perspective humanity as a whole and how short life is.”