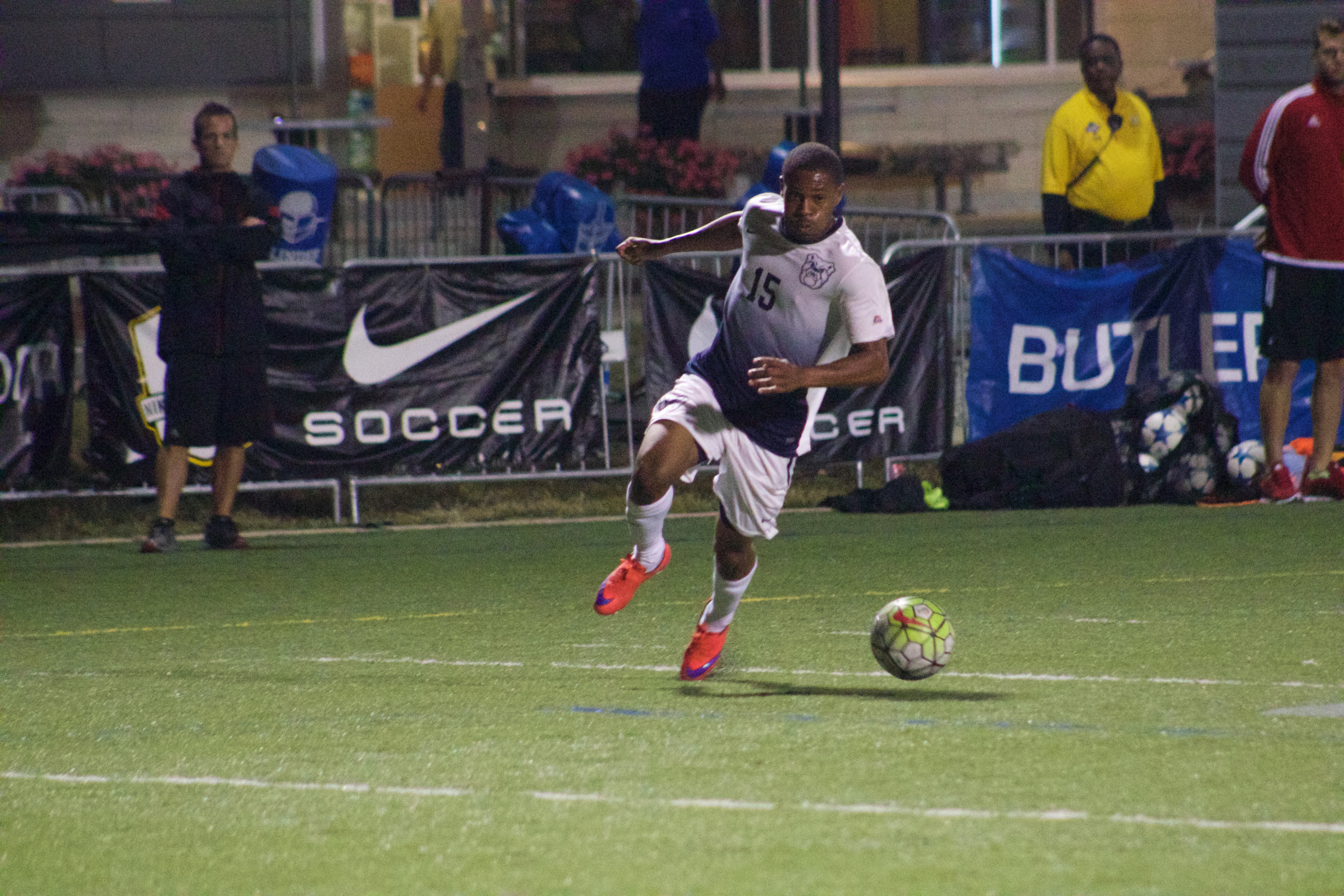 The Butler men’s soccer team secured the No. 3 seed in the Big East Tournament on senior night Thursday, defeating No. 25 ranked Xavier 3-0. Consequently, Xavier will be the No. 4 seed.

Final from the Butler Butler…Dawgs beats Xavier 3-0 to lock up the 3 seed in the @BIGEAST tournament. Dawgs will host the 6 seed Sunday.

The Bulldogs’ top two goal scorers David Goldsmith (9 goals) and Vincent Mitchell (11 goals) provided the scoring. Goldsmith had one goal, which came in the first half and was unassisted. The forward was able to score from the top of the box after the Musketeers failed to clear the ball from their defensive zone.

Xavier had quality opportunities to tie the game during the rest of period, ending the first half with 7 shot attempts.

Butler played a strong second half that proved to be too much for the Musketeers. In the 77th minute of play, Michael Peay’s pass found Vincent Mitchell, who headed the ball in to make it 2-0. Minutes later, Mitchell scored again to give his team a three goal lead. Xavier keeper Dallas Jaye was able to block the initial shot, but a rebound enabled Mitchell to get a second shot off and he found the left side of the net. The Bulldogs were able to defend for the rest of the match and preserve the shutout.

’78 Mitchell does it again! Vincent puts back his own deflection and the Dawgs lead 3-0! #SeniorDawgs — Butler Men’s Soccer (@ButlerMenSoccer) November 6, 2015

“These games give you confidence,” Butler head coach Paul Snape said. “The coaches, we do a lot of talking. We try to do a lot of teaching and motivation, but the biggest confidence booster is winning games.”

Thursday’s match marked the final regular season appearance for Butler’s seniors. Mitchell, Jeff Adkins, Caleb Postlewait, and Mike Kozielek were recognized in a pre-game ceremony. Snape joked that college should really be an eight-year contract and that he would love to have the seniors for another four years.

“We’re taking young teenagers, and in four years, they’re 23, 24 years old and you’re seeing young, well-rounded, disciplined, responsible young men both on and off the field,” he said. “I’m not going to get too sentimental tonight because we’ve got a lot of soccer left in us, but I’m extremely proud.”

Butler will host No. 6 seeded Providence Sunday afternoon in the Butler Bowl at 1 p.m. for the Big East quarterfinals. Snape said that it would be dangerous to underestimate the Friars. Last season, they made an appearance in the national semifinals.

“We’re going to be focused,” Snape said. “We have to make sure we have a good defensive mentality. We got to have energy. We’re going to keep working on what we do going forward, because we’re good. Sometimes, we’re really good.”