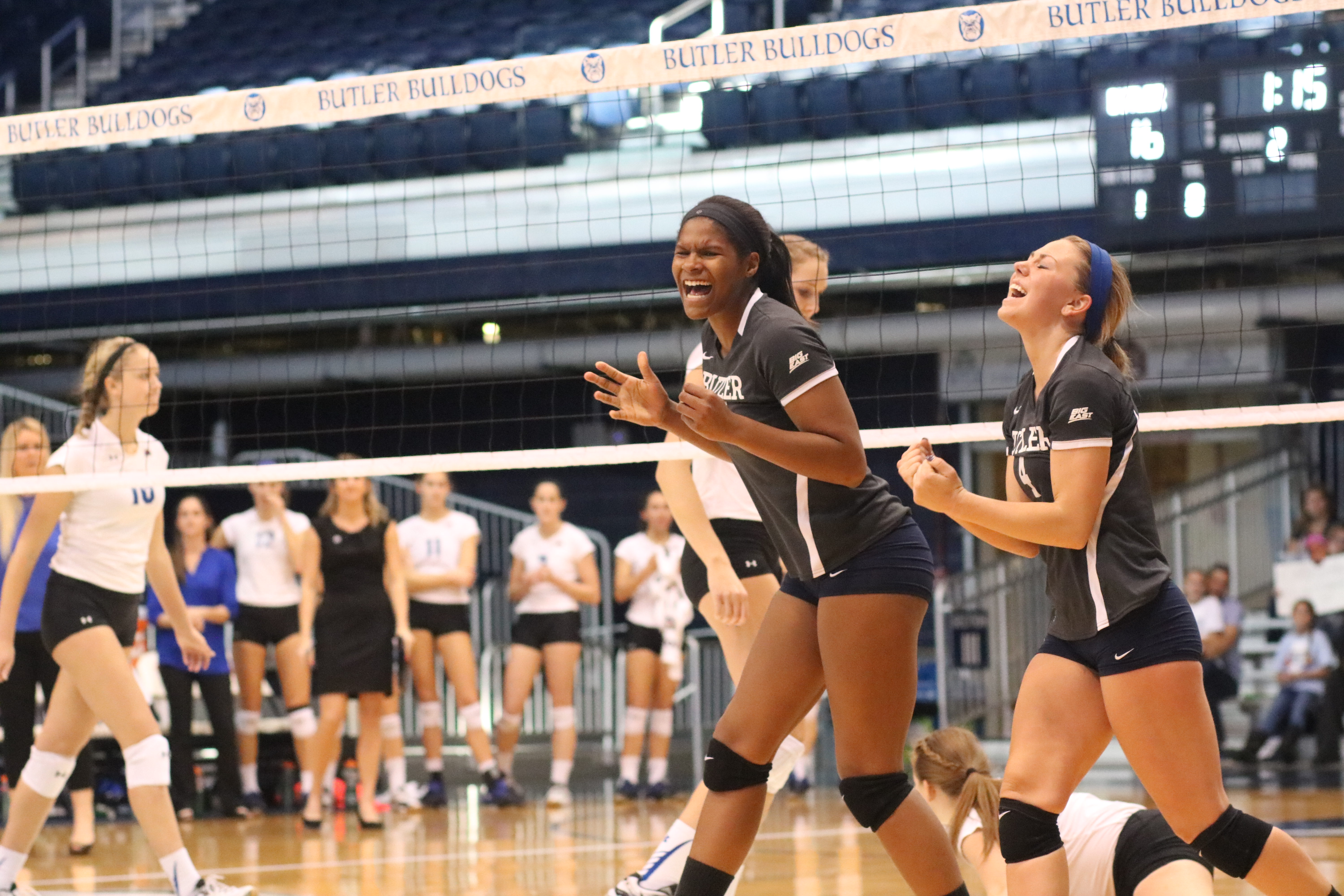 The ‘Dawgs had won their previous three matches, and Head Coach Sharon Clark was left scratching her head after the loss.

“We just did not bring it today,” she said. “We just had way too many unforced errors, and that is a little bit uncharacteristic of us in this late stretch. I would be the coach of the year if I knew why we played tight.”

Freshman Anna Logan continued her solid play, adding 17 kills and eight digs. She and Streidl combined for 39 of Butler’s 53 kills in the match.

“Now, we’re just playing for ourselves and our seniors,” Logan said. “Today, we would play well at some points and make some errors. One thing we did do very well was block.”

Redshirt sophomore Tyler Taylor led the Bulldogs with five of their nine blocks. The Bulldogs will have a hectic travel schedule this weekend, flying to Washington D.C. to face the Georgetown Hoyas, and then to Omaha for a match against the Creighton Bluejays.

“We will get working back in practice,” Clark said. “We will be ready to hit the road this week.”

Though the Bulldogs now know that they will not be playing in the postseason, Logan said she thinks the team is still ready to fight for victories.

“Even though we have a tough travel weekend ahead, I think we have the opportunity to be very successful,” she said.