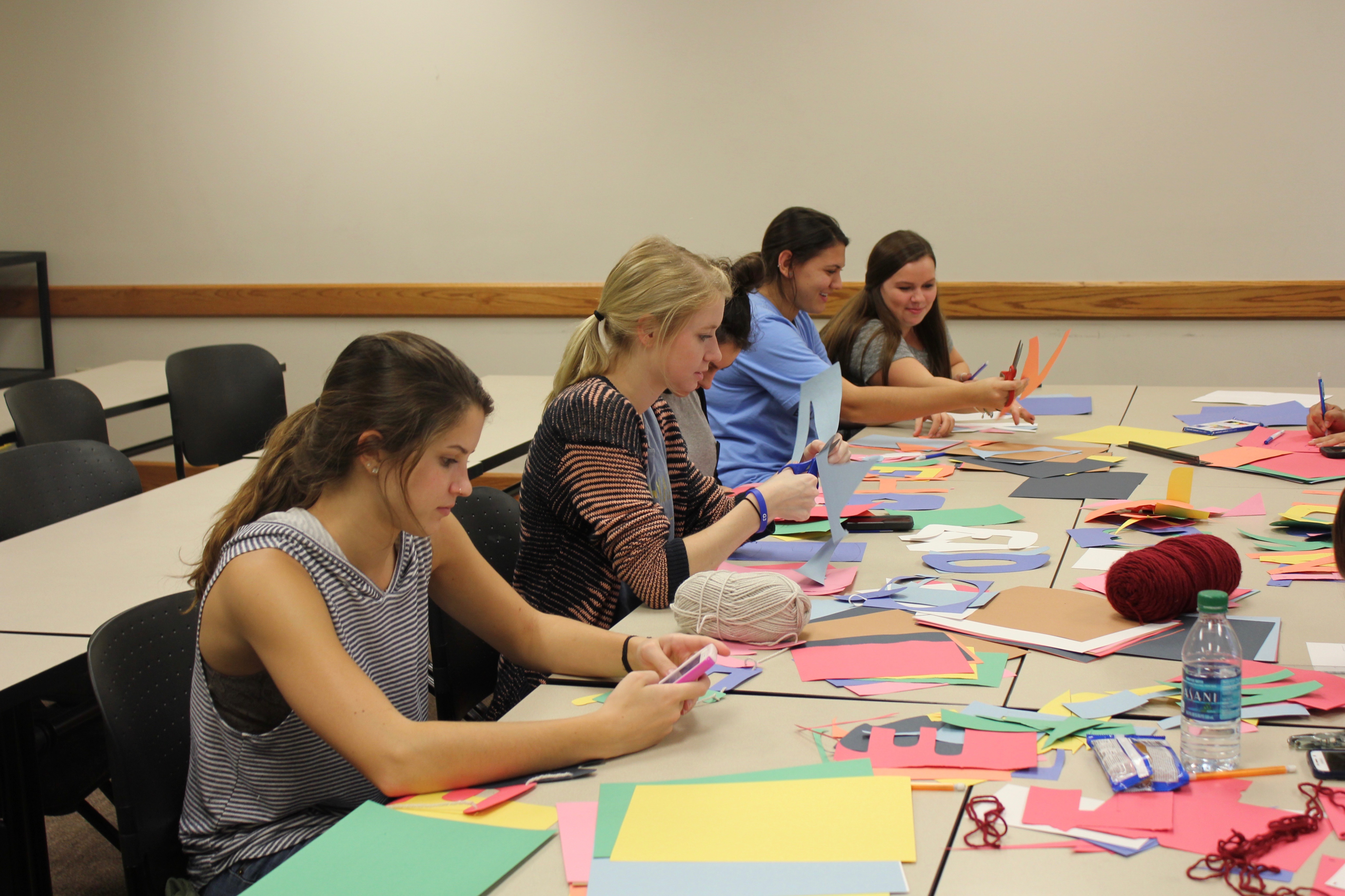 While there’s a seemingly endless supply of clubs, sports and extracurricular activities Butler University has to offer, on this past Thursday from 6 to 7 p.m. one club seemed to stand out not only for its fellow students, but also the troops.

“Do Something” has constantly been on the pulse of charity and childhood since 1993, when it was created by Andrew Shue and Michael Sanchez with the intention to encourage teens to become active socially active in their community.

While the organization has been around for a little more than two decades, it has only been on Butler grounds for just about a year due to the combined forces of Anyssa Alonso and Maram Almutairi, along with the help of Peter Prescott, assistant professor of business law, as the chapter’s instructor.

The group created a “Welcome Home” banner for returning soldiers as to try to lessen the acute stress, depression, and/or anxiety experienced by nearly 20 percent of deployed service members.

Along with this statistic, the fact that Veterans Day is almost upon us makes the charitable activity even that much more topical as a way to celebrate those men and women who can be defined as “selfless” and “honorable” by Alonso and Prescott respectively.

Julie Coval, vice president of Do Something, made a banner saying “We Love You.”

While patrons were limited to paper to construct their banners, they still made them as creative or personable as they wanted.

As the hour passed by, one could see all the technicolored banners lying outstretched on a table that was covered with mere materials only 60 minutes prior.

Do Something gives teens the chance to do something out of nothing, to push forth and craft symbols of camaraderie with only citizenship as the catalyst.

“(Do Something) excelled at popping the Butler Bubble and gave students a chance to see the world outside the campus,” Prescott said.

The Butler chapter of Do Something is open for anybody and everybody by going to any of the group’s numerous outings or by making an account on the group’s website, www.dosomething.org.