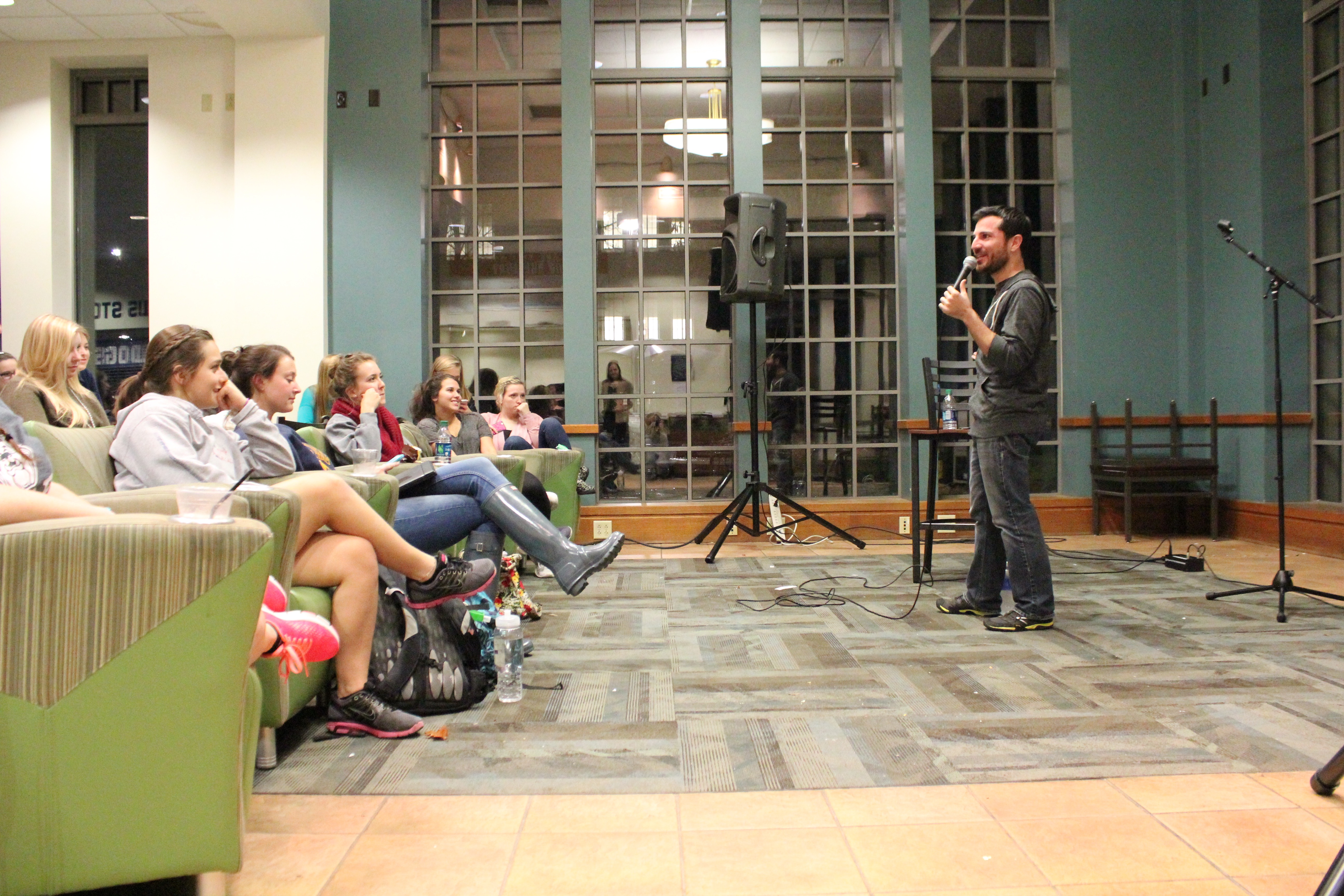 Aaron Kominos-Smith, a man lacking in stature but abundant in jokes, headlined the Starbucks Comedy Show on Butler University’s campus.

The Student Government Association’s Coffee House group planned the event. This is the first ever comedian to come for their series of events.

Opening the show, Shannon Rostin, a sophomore at Butler, gave her first stand-up performance on campus. Rostin explored the topics of pick-up lines, running into one night stands and the struggles of being an English major.

“Everyone here was so supportive,” Rostin said. “It was an amazing experience.”

Kominos-Smith also enjoyed poking fun at his height by likening himself to the Keebler elves and joking that his height is real and not just a part of the act.

“My cereal is still on the top shelf, and I still can’t reach it,” Kominos-Smith said.

Audience member Macey O’Brien learned about the comedy show only a couple hours before the event, but said that she was “pleasantly surprised.”

“He was really funny,” said O’Brien. “His constant talking and joking was good.”

After the show, Kominos-Smith talked to students and urged them to follow his Twitter handle, @funnyAaron. He also expressed an interest to come back to Butler again.

“I was excited to come by,” said Kominos-Smith. “It was a fun space.”