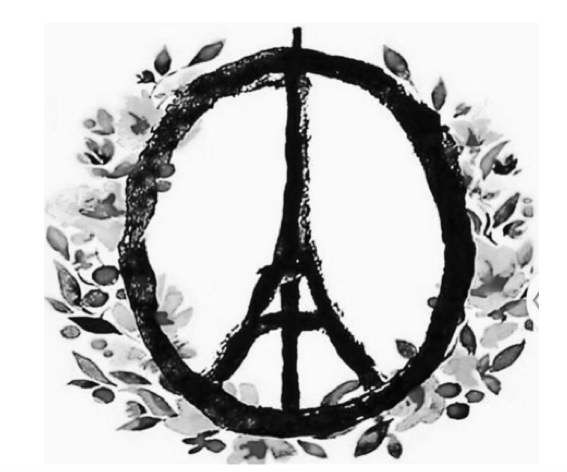 On Nov. 16 Butler University students joined together and wore black to support the French students of Butler and for all of those affected by the recent tragedies in Paris.

The Efroymson Diversity Center asked its members and other students to wear black in support of Butler’s French students and their countrymen back home. By word of mouth, the movement spread all over campus and students chose to get involved.

Kylie McWhirter, a first-year psychology major, chose to participate in this campaign.

“I saw a Facebook post from our (resident assistant), and I thought it would be a nice thing to do,” McWhirter said.

The attacks also upset McWhirter’s family, which was another reason she chose to participate.

“It upset my grandmother a lot,” she said. “We spent the whole night talking about it. It was a really sad time for my family. My step-mom is French, so it really hit home.”

Across campus students and faculty showed their support.