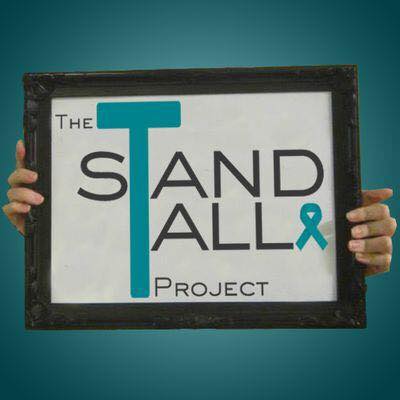 Noelle Rich, as a resident assistant in Butler University’s Ross Hall, started the Stand Tall Project last September during Sexual Assault Awareness Week. She was inspired by pictures of sexual assault survivors holding up signs of negative things said to them about their situations.

“It’s a difficult issue to talk about, but acknowledging it exists makes it easier to continue the conversation,” Rich said. “I really wanted to do a play on that and replace those messages with uplifting, encouraging, positive messages.”

For two nights, Rich sat outside Ross with dry-erase boards, markers and a camera. Students wrote positive messages on the boards to survivors and were photographed holding up their messages.

“There was so much energy with other groups that wanted to get involved in the program and keep the conversation going,” Rich said. The responses motivated her to turn Stand Tall into an official student organization.

“Fifty percent of students agreed or strongly agreed that sexual assault is a problem at Butler,” Adam Dietz, vice president of the Stand Tall Project, said.

Occasionally, Dietz recalled, some of the survivors who receive the supportive and encouraging messages from the organization reach out to say thanks.

“Those rare instances of thanks make it all worthwhile,” Dietz said. “It feels good to support those people that feel alone.”

Sexual assault is a difficult issue to talk about, but it affects many students.

The Stand Tall Project has grown quickly. Last year, the new organization had about 15 to 20 active members. This year the group has already doubled, reaching 30 to 35 active members, with more than 100 members on its email list.

Stand Tall meets every Tuesday at 8:00 p.m. This coming week the group will be meeting in Atherton Union, but in the future they will likely meet in Jordan.

“For every one sexual assault that is reported, there are two or three more that go unreported,” Dietz said.

“The first half of meetings we usually discuss some large issue to continue the peer education aspect of it, because so many of our new members said they wanted to learn more,” Dietz said. “And then the second half we break into small groups – the awareness team, bystander empowerment team, changing rape culture team and survivor support team – to talk more about what we can do on campus.”

Stand Tall also hosts campus-wide events to raise awareness. This month is “No More” month. On Oct. 28, Stand Tall will be holding a panel entitled “Survivor Speaks” at 6 p.m. in the Reilly Room on domestic violence and sexual assault.

The Stand Tall Project is a great way to raise awareness and keep the conversation going.

“Everyone thinks sexual assault is a problem that happens to someone else, somewhere else, but it’s affecting us on our campus,” said Holly Aviles, secretary of Stand Tall.