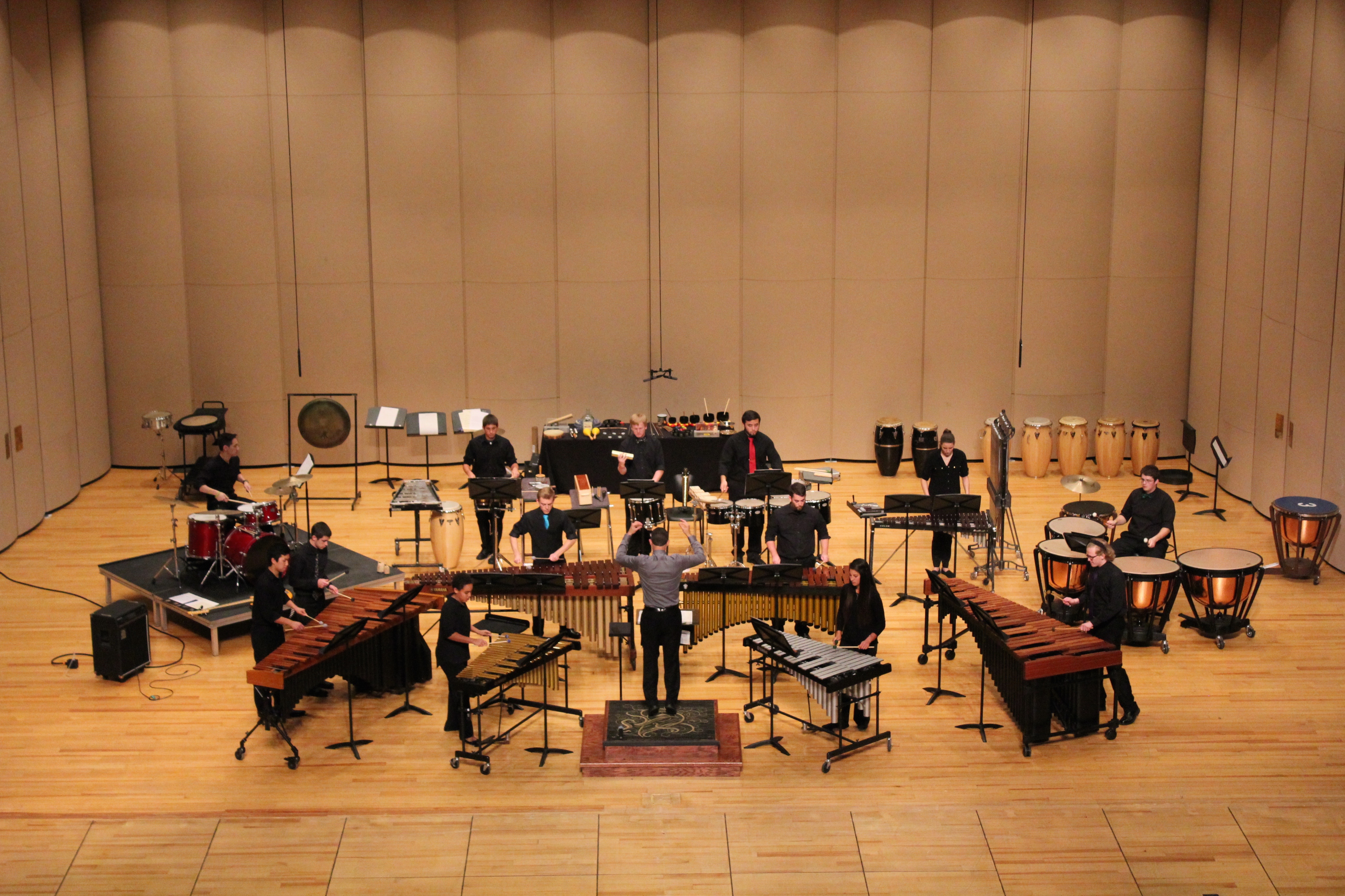 “Performing in this concert is very different,” performer Pat Petrus said.  “The pieces we play are very unusual.  That’s what makes it more fun.”

The large crowd of Butler University students and music appreciators of the community filled the Schrott Center for Performing Arts.  There was a very relaxed feel to the concert, with musicians interacting on stage before the show and the lights set to a very subtle dim.

The evening of music began with a piece titled “Three Brothers” by Pulitzer Prize-winning composer Michael Colgrass.  The piece highlights the bongo, snare and timpani players as the soloists and three brothers themselves.

The next piece called for nine musicians to sit on the floor and hit small wooden blocks with mallets.  “Geometrics,” by Johnathan Bendick, definitely attributed to the strange and different quality pieces performed at the concert.

“Postlude No. 5 was my favorite piece of the show,” Krista Viveiros said.  “It had such an intimate and interesting feel to it. It was very different from what I’ve heard before.”

After a 15-minute intermission, the band returned to perform traditional Indonesian music.  “Ketiak,” translating to “monkey chant,” called for the musicians to chant along with the beat with a “cha” sound.

The musicians started playing from seats in the audience for the next piece.  As they slowly made their way back to the stage, they began to play “The Valley of Nepal.”

As a Percussion Ensemble tradition, the band played “I Want You Back” by Jackson 5 next.

“If you thought there was dancing before, there is definitely gonna be more dancing on this piece,” Crabiel said.

The group closed the show with a West-African rhythm titled “Mandiani.” The musicians drummed while incorporating impressive choreographed head movements.

The percussionist performed every piece with such enthusiasm and happiness it was evident they loved what they were doing.

“We just have a blast playing all this music and we’re glad you all could enjoy it,” Crabiel said.