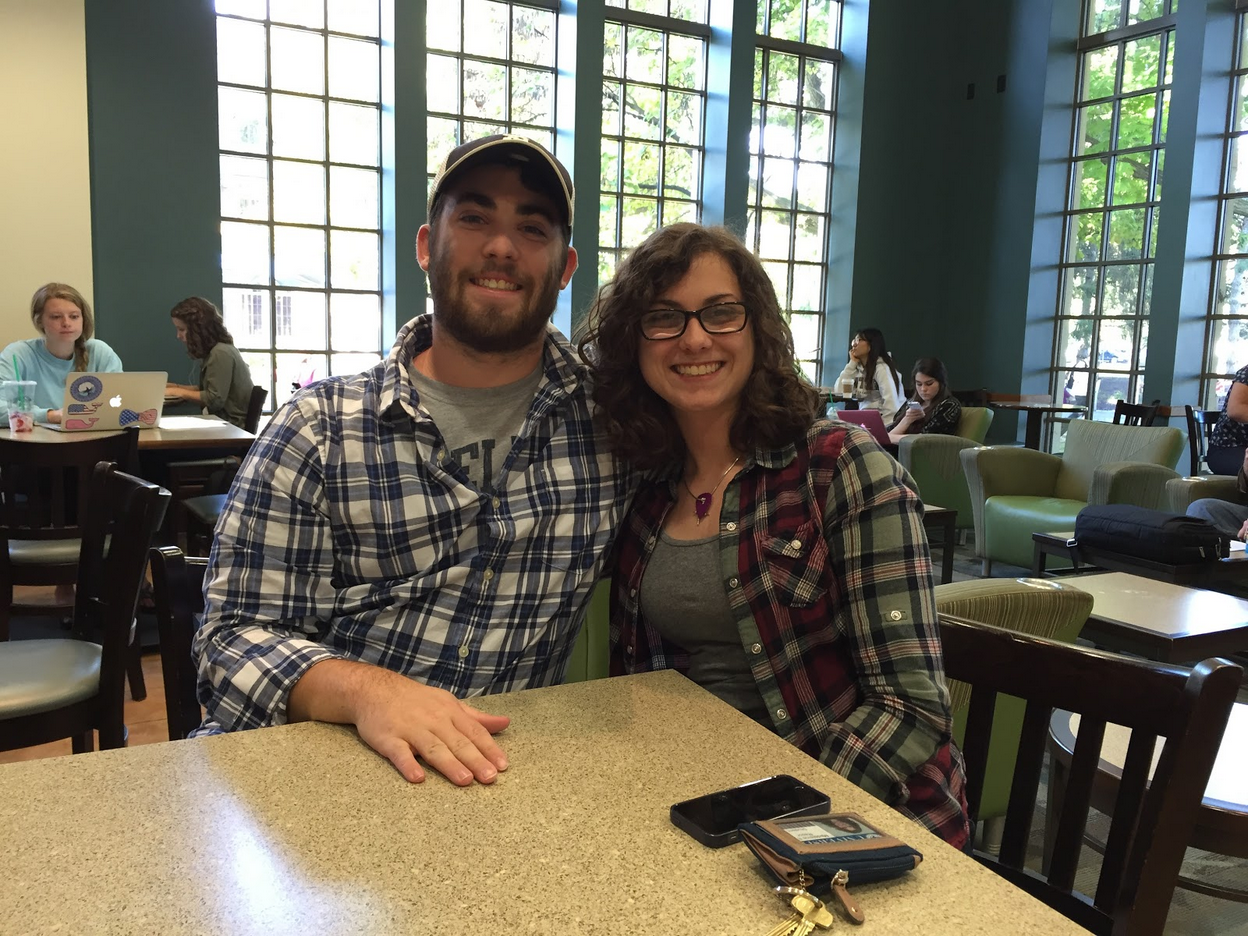 From Columbus, Ohio, to Butler University, juniors Maddi Rasor and Jack Preston stay together wherever they go.

“Freshman year of high school, we were in the same math class,” Rasor said. “We weren’t really friends all the way back then, but that’s when we technically met.”

They started dating their junior year of high school after a friend set them up.

Three-and-a-half years later, their relationship is stronger than ever.

Their similar personalities and interests always bring them together.

Despite having a solid relationship, they still tend to have disagreements.

Rasor, a creative and professional writing major, is working on a book. She tends to annoy Preston by not sharing every detail when telling the story.

“I’ll be talking about my book,” Rasor said. “And there’ll be something like somebody’s eye color is wrong, and, like really? The whole point is that this is how the story ends.”

Preston said Rasor does not do anything to annoy him.

“That is a bald-faced lie!” she said.

After an intense pause, Preston finally finds something that annoys him.

“She gets my stories wrong,” he said.

Small arguments do not stop them from loving each other, however.

They always make time for each other. They schedule dates at least once each semester to remind each other they always have each other’s back.

Their ability to effectively communicate makes their relationship a model for others.

“Neither of us are really the unspoken type,” Rasor said. “We like to talk. A lot.”