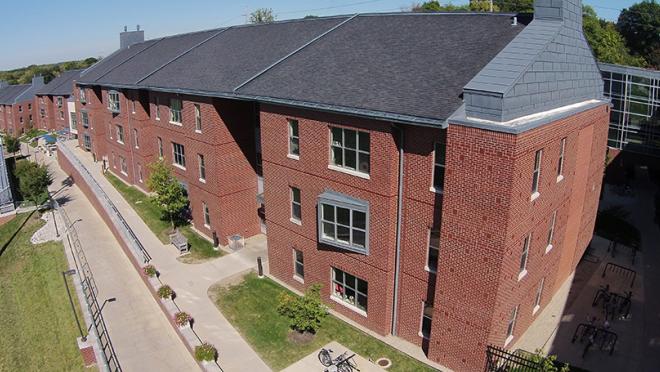 The smoke and steam from cooking and showering are two factors that can set off the sensitive fire alarms. Brad Weber, a risk management and insurance major who lives in Apartment Village, said he has seen small improvements in the number of times the fire alarm in his building has gone off.

“It’s gotten a little better since I’ve moved in,”Weber said. “It seemed like there was one every night really late, and the annoying part about it is you don’t feel like going out every time. So if there’s a real fire, you can’t tell the difference between a real one and a fake one.”

Colin Driscoll, a sports media major, remembers one time in particular when the alarms went off because of his apartment.

“Usually I’m gone when it happens, so I haven’t been affected much by it, besides the time when it was actually me that set it off,” he said. “We were just making popcorn or something. It wasn’t even anything dangerous, it was just a little bit of smoke, and fire alarm went off from that.”

Driscoll said his experience made him more conscious about annoying others by setting off the fire alarm in Apartment Village.

Kendra Lucas, a pharmacy major and resident of Apartment Village’s unit D, has only been at her apartment once when the fire alarms went off. She said it helps that the apartments are broken into units, with each unit having its own fire alarm.

“I’m not really worried about it going off,” Lucas said. “I’m just annoyed when it happens because it’s always during the worst times, like right when you’re getting in the shower or late at night when you’re falling asleep.”

Accounting student Michael Auffrey said as long as it does not happen more than one time a day he is not concerned with the fire alarms going off.

“It started the first full week, and it’s been going,” he said. “My building’s had three already, so they’ve been happening about every other week.”

Auffrey lives in building B. He said even though he tries not to be bothered by them, the fire alarms can get annoying sometimes.

“I know that not all of them have been drills,” he said. “I know the showers and cooking have been an issue, but it shouldn’t happen this often.”