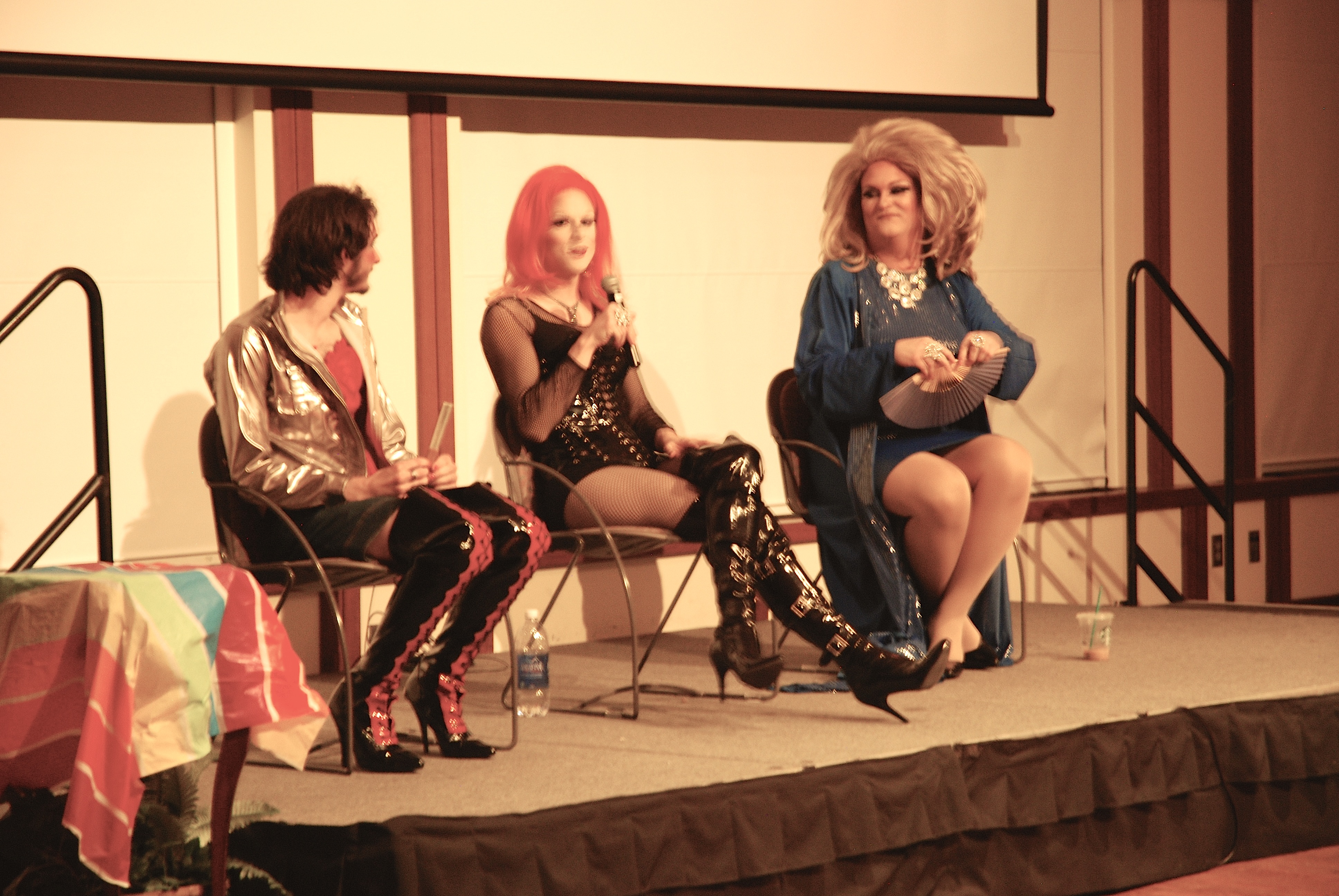 With this event of glitz, glamor and showmanship, Butler’s LGBTQIA+ Alliance took over the Riley Room in style along with a purpose in mind: awareness.

That is the goal not only for those wanting to express themselves in an outlet, but also as well for a  foundation in Indianapolis, the Damien Center.

As a local and national leader in HIV care and prevention, the Damien Center provided support  for thousands of individuals affected by HIV, along with their friends and families.

The aura sparked from this event were vastly different from any other fundraising event to date. Included in the encapsulating performance was a slew of performers ranging in experience from the tried-and-true professionals to some collegiate cross-dressers.

River LaRue struts her stuff during her final performance of the night.

DeVonna Monet’s performance of Salt-n-Peppa’s “I am the Body Beautiful” has a lounge feel, while River LaRue’s rendition of Marina and the Diamonds’ “I Am Not a Robot,” was futuristic and synth-tastic.

The pageantry can overwhelm the meaning of the event, which is to celebrate those who wish to push societal norms and boundaries. This was elegantly captured in the closing question-and-answer session between the audience members and the performers.

Sitting down and delving into the mindset of these individuals felt like the best way to give people an outlet to understand the lifestyle along with the “freedoms to flourish” and “be the best of both worlds” that come along with it, as stated by Cox and Monet, respectively.

Whether or not you’d like to throw on a dress yourself, the Butler Annual Drag Show is truly a sight to see. It gives an outlet for creativity and acceptance as well as help those in need.