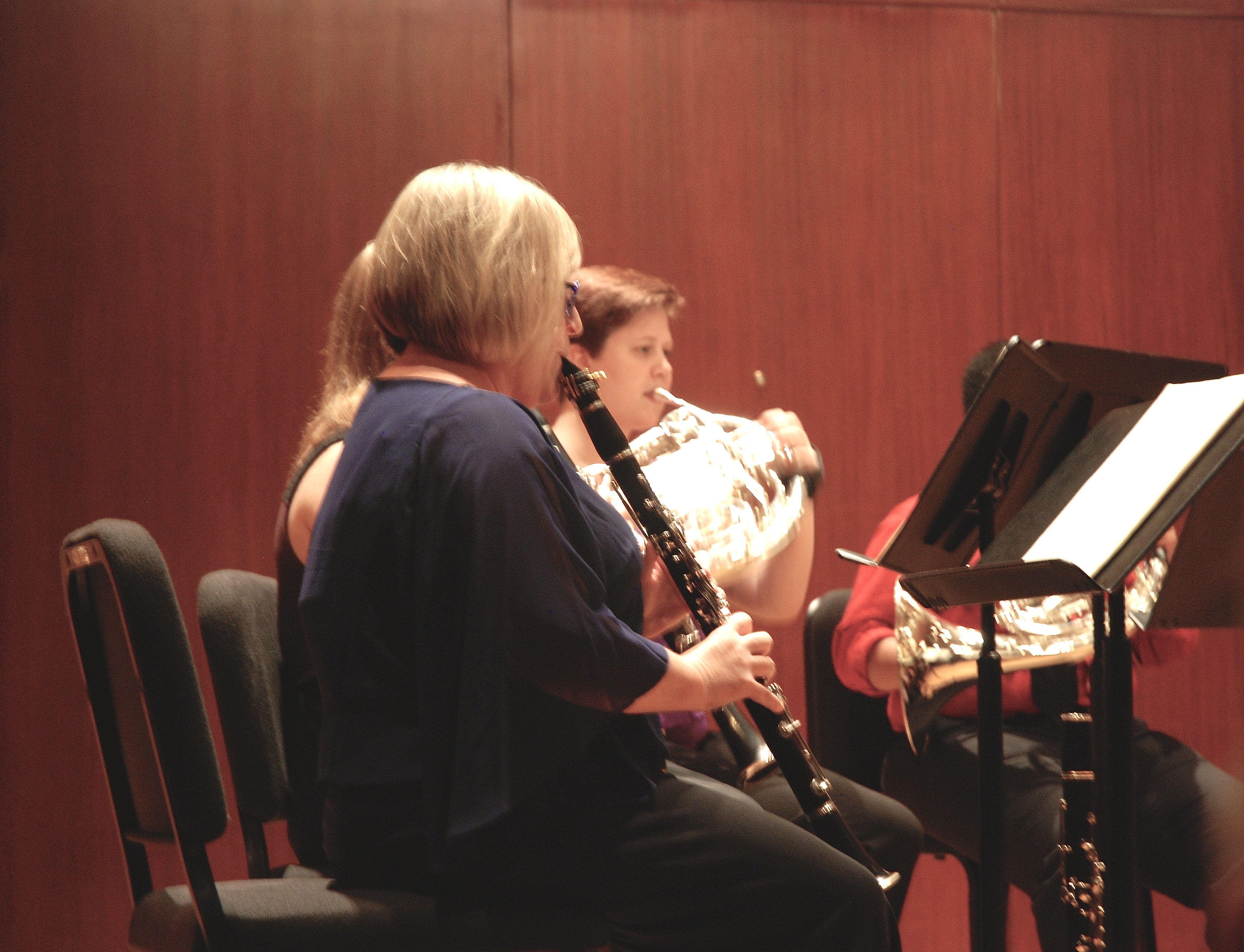 When it comes to making a good first impression, the ability to present confidence and class in a short period of time can very much be a struggle.

The Butler University Showcase Concert truly was the exception for the performers who enthralled the audience in a matter of moments.

This showcase, which took place Sept. 20, was a collaboration with three musical ensembles: the Butler University Chorale, the Percussion Ensemble and the Wind Ensemble.

From an energizing French piece to an a capella acrostics poem, the chorale’s set showed great variety and talent.

Starting the showcase off with a bang, the chorale began with an amazing piece entitled “Chantez” from Chansons des Bois d’Amaranthe which burst through the concert hall with an exceptional vibrancy.

This thematic energy contrasted well with the smooth and velvety French vocals which “while scary and mysterious to the uninitiated”, to quote chorale director Erik Stark, was pulled off with ease at the time of the performance.

From this piece the chorale went on to perform “Have You Seen the White Lily Grow” which, in comparison to the last piece, was humble and vulnerable.

In a courtly coalition of wispy female vocals and the gurgling male counterparts, this song moved as though it were a refreshing breeze and truly captured the range of the chorale.

Continuing forth with the show, the next arrangement on the roster was “Acrostic Song” from Final Alice. With Chloe Boelter as the lead soloist, her voice artfully pierced the ears and the hearts of many as the sullen yet illustrious song continued forth with themes of innocence and childhood splendor.

Wrapping up their set, the chorale went way into left field and presented the audience with the soulfully southern gospel track “Get Away Jordan,” which seemed as enjoyable to watch as it was for the chorale to perform.

With one performance down, one could assume that the level of talent would simply maintain its frequency. This of course was not the case for that from the abandoned stage came the percussion ensemble.

Unlike the chorale group, the percussion ensemble started much coyer for that “Three Brothers” oozed with an aura of mystery due to the sporadic crescendos popping up, keeping the audience on the edge of their seat.

The ensemble’s performance became ever more immersive as they sat down on the edge of the stage for the next song “Geometrics.” This track was amazing work of minimalism for that the only instruments used were wooden blocks which as a whole produced sounds as though water was dripping into the very depths of your subconscious.

The theme of minimalism continues into the next song where we find the ensemble surrounding a single vibraphone and furthermore strumming it with violin bows. From this strumming, the sounds of “Postlude No. 5” delicately glowed and shimmered throughout the concert hall.

Ending their performance, the ensemble performed “Mandiani” which brought forth a smorgasbord of rhythmic and heavily textured sounds of Guinea.

Last but certainly not least the audience was graced with the wind ensemble’s portion of the showcase. If there could be a single phrase that would describe their performance in a nutshell, it would be the title of their first piece “Ecstatic Fanfare” which eloquently contrasted with the previous percussive act by bringing forth a grandiose and luxurious sounds from the highest of flutes to the lowest of tubas.

Ensuing this beefy introduction, was the track “Children’s March” brought forth this theme of transformation for that the piece started as a rather simple marching tune but as time grew on, it unfolded into a crisp and flowing piece with clarinets and flutes cheerfully playing with the accompanying piano.

From a rather child-like and wondrous march, the ensemble’s next track entitled “The Engulfed Cathedral” brought illusions of a once utopian society being washed away by the misfortunate attractions to sin through thick and bubbling brass submerging the once chipper trumpets in a void of despair.

Not wanting to leave the audience with this image, the ensemble decided to play one last song entitled “March” from Symphonic Metamorphosis. Rich in call and response, the piece as a whole lifted the spirits of the audience with its fruitful saxophones and echoing timpani.

This being the last performance of the showcase left the audience in awe, one stating the performance to be “captivating among other things.”

“They should take away a sense of pride in what Butler does, for that you get to see up and coming professionals in their prime,” Stark said.