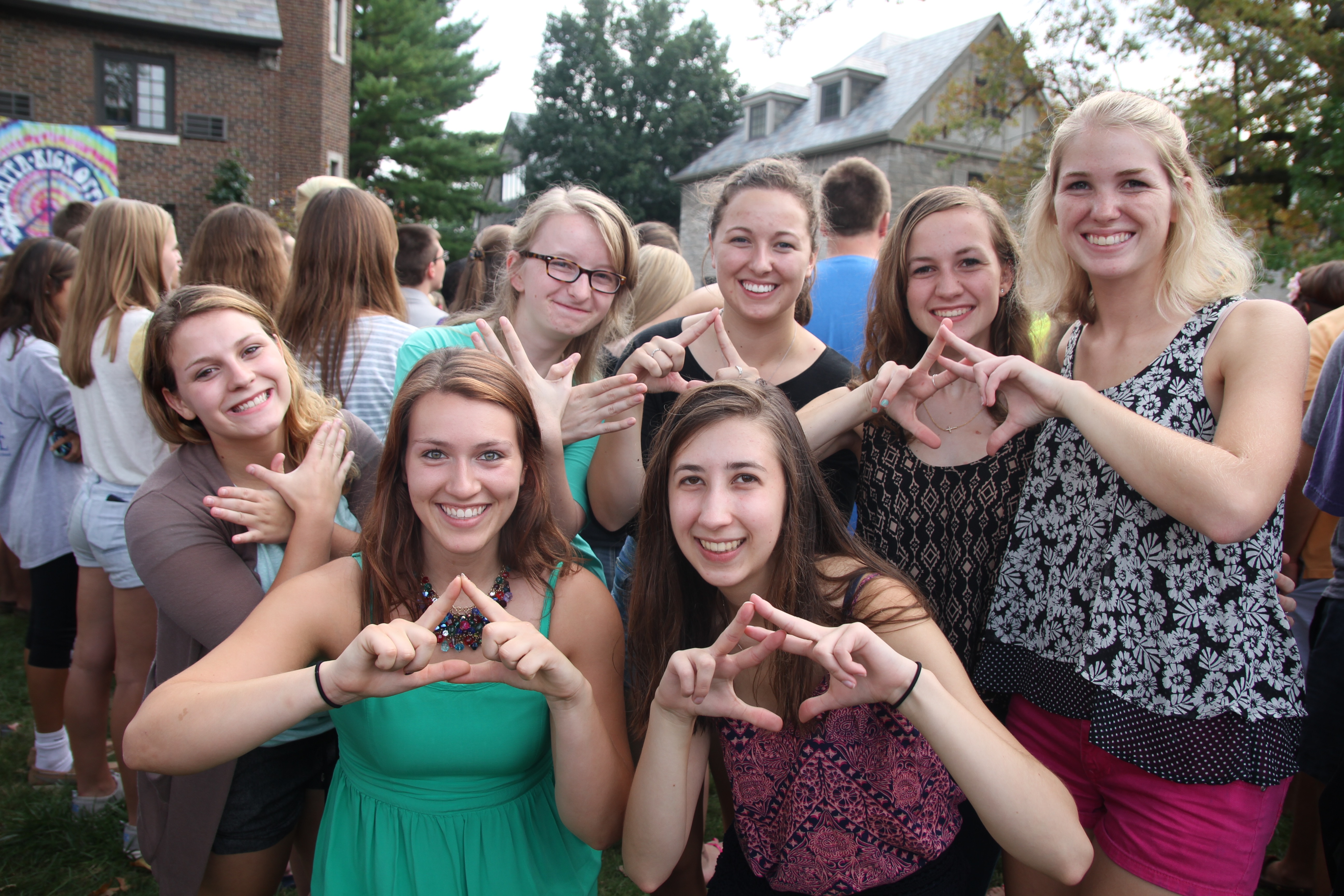 After a week of fundraising, Greek competitions and fun, Butler’s Kappa Kappa Gamma raised over $9000 for their philanthropy, The Coburn Place.

The Coburn Place, located in Indianapolis, provides shelter and counseling for those who have encountered domestic violence.

The girls of Kappa sought pledges through Crowdrise, a fundraising site. People who shared the website link were entered into a drawing for prizes such as Vera Bradley bags and tickets to an Indy Eleven game. Donations were also made in a delicious way, ordering from Hotbox or Chick-fil-A on their “giveback” nights.

On Tuesday evening, the Kappa sisters promoted their Kappa Kickoff, by serenading the fraternity houses. They chanted about their event to the tune of Drake’s “Hotline Bling.” It raised awareness and even received some croons back.

Friday Sept. 18, Kappa girls clad in tie-dye, 70’s apparel greeted all of the visitors to the Kappa Kastle.

Starting off the evening, Greek houses were paired off against each other in a heated battle for the kickball crown. In the end, Tri-Delta, Alpha Phi, and Ross Hall were the winners.

After the kickball tournament, the fraternities took to the stage for lip-syncs.

“I loved watching lip syncs,” sophomore Kappa Mallory Jennings said. “Everyone looked like they were having a blast. You could tell the guys put a lot of work into their routines, and it was really fun to watch.”

There were plenty of opportunities for independents to participate, such as the photo booth, buffet or watching all the events.

“Since this was my first kickoff, it was great to see that it was so successful,” Kappa sister Tori Merrill said. “It’s nice to raise a lot of money for a charity so close to campus.”