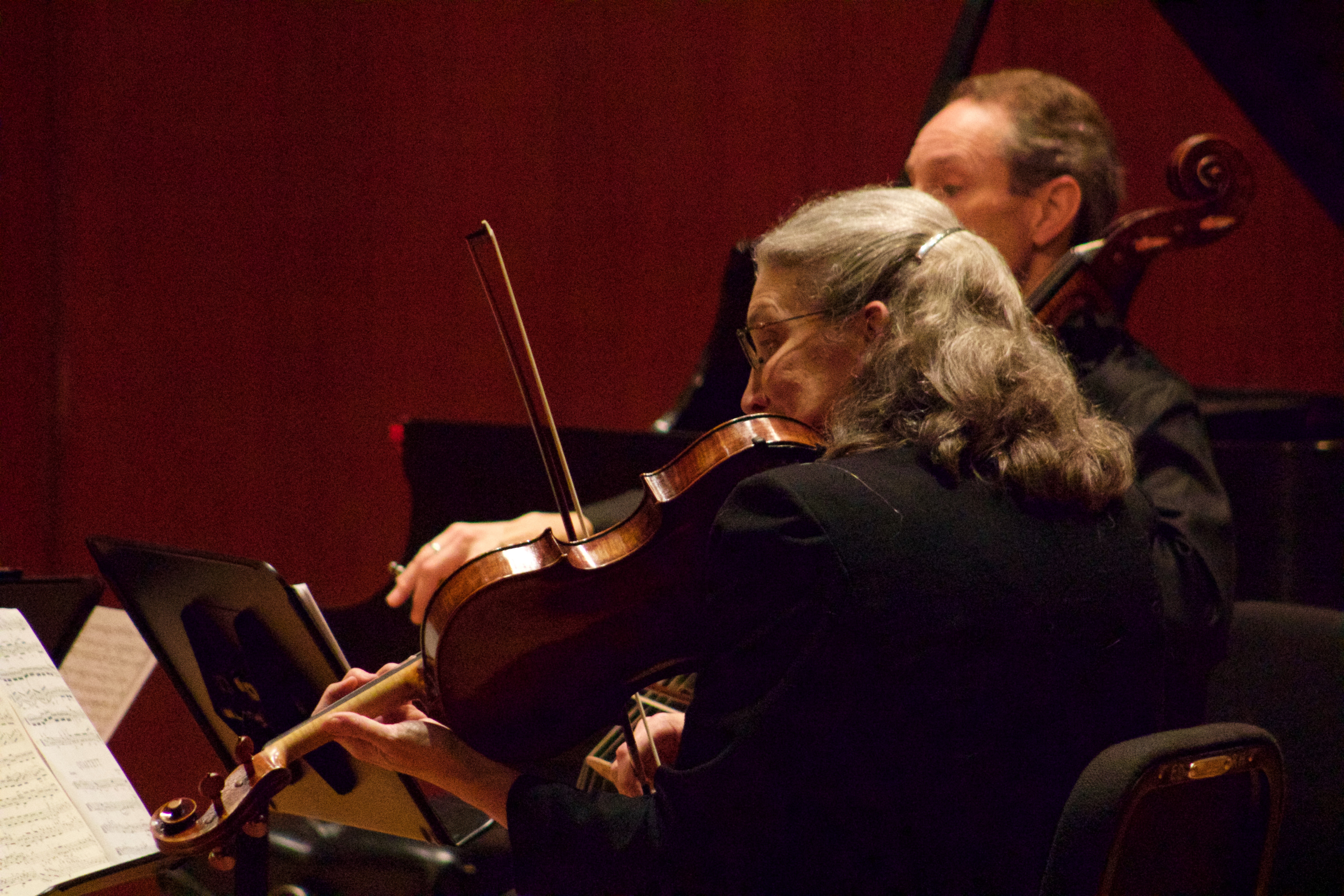 The first of many Duckwall Artist Series performances was held on Tuesday, September 15th, showcasing members of the Jordan College of the Arts music faculty.

The lights dimmed over the bustling crowd as the first performers, pianist Catherine Bringerud and violinist Dan Rizner entered the stage.

Dan Rizner plays the violin as Catherine Bringerud plays the piano. The duo performed at the Faculty Chamber Music concert in the Eidson-Duckwell Recital Hall on Tuesday, September 15. Photos by Jimmy Lafakis

“Cantilene et Danse” was performed next by Heidi Radtke, on the alto saxophone, Davis Brooks on the violin, and Bringerud returning to the piano.

“ ‘Cantilene et Danse’ was my favorite,” said junior Cameron Alford.  “It was just an incredible piece.”

The final piece of the evening had a less classical style than the rest of the show. Titled “Come Down Heavy,” composer Evan Chamber found inspiration from folk-songs he heard as a child. Performed by Radtke, Brooks and Bringerud, it completed the show with a definite bang the audience won’t forget.

Senior Matt Michel said the show impressed and inspired him.

“It was a reminder that the faculty we have here at Butler are extremely talented,” he said.