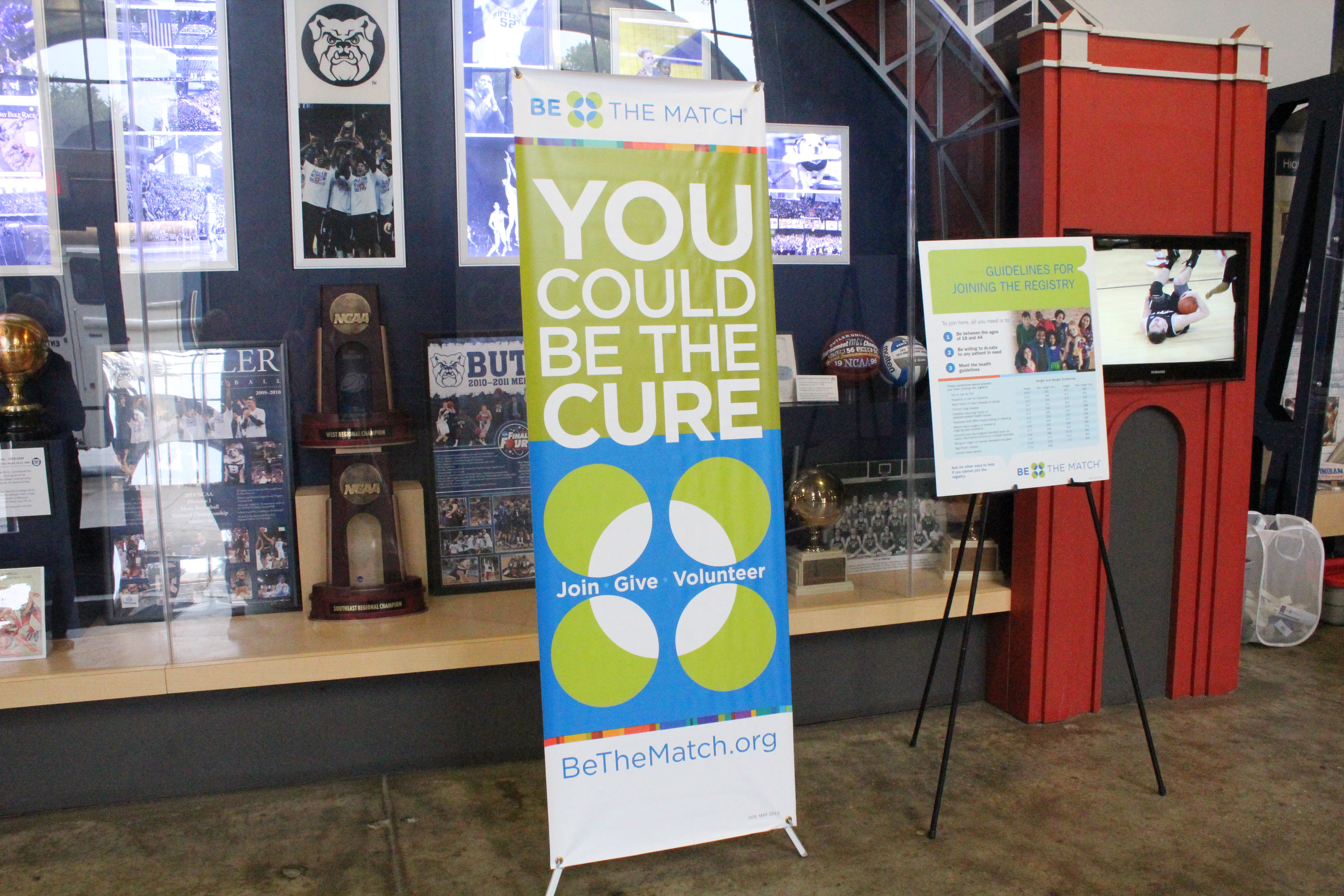 Smith was diagnosed with T-cell lymphoblastic lymphoma, a rare condition of non-Hodgkin’s disease, in 2014. Smith fought a near-death battle with his disease. He was in remission until this past summer, when he learned that his cancer had returned. Doctors have now ordered chemotherapy and a bone marrow transplant. Smith will undergo surgery Oct. 19.

Smith is thankful for all of the donors. He was matched with a donor soon after his diagnosis and is hopeful others will be able to find matches as a result of Tuesday’s event.

“Ultimately there are 12 or 13 million people on the (donation) list, and this (event) is hopefully going to be a few hundred people, “ Smith said. “Everyone that can do these little things, then it adds up pretty quickly. And even if we can get one person to match who doesn’t have a match, it will mean a lot to us.”

Some current Butler basketball players came out to show their support.

“We talked about it yesterday and they wanted us to come out support Andrew,” forward Kelan Martin said.

Supporter Brad Huber came out for the cause because he said he understands what Smith is going through.

“I’m a cancer survivor, and I have always rooted for Butler,” Huber said. “And Andrew Smith was a big part of the basketball team. I just wanted to come out and help support the cause.”

Adam Lickliter came out to help because he too understands what it is like to have health complications.

“I’ve had quite a bit of medical issues in my life, and with that being my own history, there’s no reason why I shouldn’t be doing this,” Lickliter said.

Other donors, such as Emily Moulton, were inspired to come out and support the cause because of a love for the basketball team.

“I saw the story (in) the news, and I’m a Butler basketball fan, so I watched Andrew Smith play basketball here for four years,” Moulton said. “And when I saw the story on  the news I thought I would just come out and help.”

Being able to help others with diseases is something that Emily Miller has always wanted to do. She said she came out to Hinkle because today was her chance.

“I’ve always wanted to be a bone marrow donor, so I thought it would be a cool idea,” Miller said.

Lickliter sees the importance of this cause, and appreciates the impact that Smith and his wife have on the community.

“For what Andrew has gone through, there is no reason why anybody in the city shouldn’t be supporting this cause,” Lickliter said. “It’s an unbelievable cause that he has put forth, and now his wife, Samantha, has been putting forth for him and what they do for this city and community and campus. It’s a no-brainer. Anytime.”