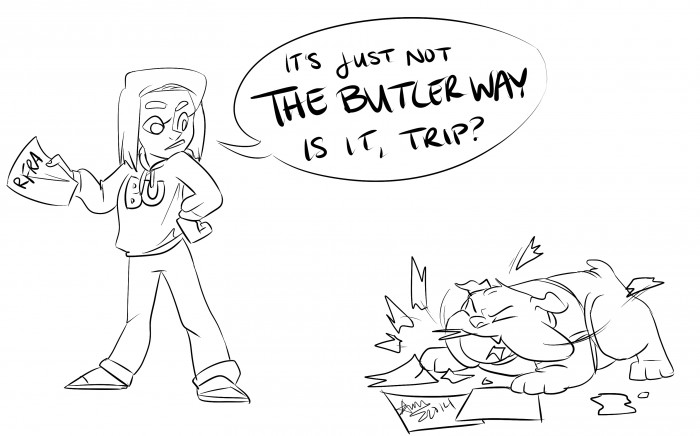 On Thursday morning, Gov. Mike Pence signed a new law that drew the national spotlight to Indiana. Among others, Reggie Miller, Hillary Clinton, Tim Cook, Miley Cyrus, John Green and Ashton Kutcher criticized the legislation for offering a license to discriminate on the basis of faith — particularly against Hoosiers in gender and sexuality minorities.

While the media speaks of Indiana’s Religious Freedom Restoration Act as one document, it actually combines two bills, the Senate Enrolled Act No. 101 and 568. It goes into action on July 1, 2015, and essentially restates the federal RFRA Bill Clinton established in 1993. Clinton’s literature did not extend to state governments, however, so Indiana joined 19 other states in adding an RFRA to their state law.

It does not explicitly restore religious liberties or explicitly permit discrimination on religious grounds. Rather, given a law advances a “compelling governmental interest,” RFRA states a person’s practice of religion can be “substantially burdened.” In other words, Indiana cannot force someone to violate his exercise of religion unless the state government deems it necessary.

The implications of the law are more problematic than the words themselves. The Indiana statehouse does not deem LGBT rights necessary; they are not a “compelling governmental interest,” as widely evidenced by the lack of legal protections granted to lesbian, gay, bisexual and transgender Hoosiers. The U.S. Supreme Court had to refuse to consider an appeal in Baskin v. Bogan to legalize same-sex marriage in the state; violence against LGBT Hoosiers is not considered hate crime; only a few Indiana cities include gender identity in their non-discrimination ordinances. The Indiana statehouse has clearly set no precedent showing it will prevent someone from using his religion as a reason to discriminate against someone in the LGBT population, and RFRA ambiguates the circumstances in which the state will interfere with religious freedom — and it is obvious that the state will not when LGBT rights are threatened.

I do not question the importance of religious freedom in the United States. My concern is that the statehouse used tax dollars to produce a law that protects an already protected class in the country rather than LGBT Hoosiers, who receive no governmentally sanctioned protections.

As a gay person myself, it is insulting that the Indiana statehouse finds legislation that protects religiosity necessary, and not legislation combating discrimination against the LGBT community — an actual issue. To declare that someone could refuse service to me because of my sexuality, and that my refused service could be sanctioned by the government, is an atrocity. As if it is against a person’s religion to interact with gay people. To me, RFRA just seems like an unnecessary reaffirmation of power.

In an ABC interview with George Stephanopoulos, Pence dodged every question with the same response: The intention of the law is “protecting the religious liberty of people of faith and families of faith.” But intention does not matter: We have to look at the consequences of this legislation, and none of them are looking good. Stephanopoulos only asked one question — if RFRA would allow a store owner to refuse service to a gay person. There is plenty of dialogue about whether or not this is true based on the language of SEA 101 and 568, but Pence’s refusal to answer this simple yes or no question is, at best, unsettling.