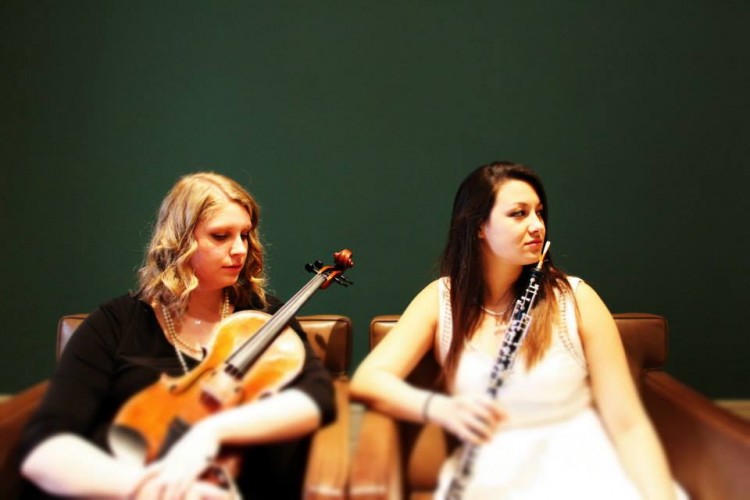 Sarah Macey and Meredith Burns may seem to be a normal pair of best friends, but as aspiring professional musicians, they are anything but average.

Sarah Macey, a Chicago native, started playing the viola in fourth grade but she did not begin lessons until she was 13.

Meredith Burns, originally from Kentucky, began playing the oboe as a sixth grader after urges from her band director.

She was a member of the prestigious Chicago Youth Symphony Orchestra, and she routinely had two lessons a week.

Both Burns and Macey feel as if their playing is much more musical than technical, and that they focus on the musical phrasing above everything else.

“I don’t focus as much as most people on the technical stuff,” Macey said. “I try to focus more on musicality, like having a good tone, rather than the most pristine playing.”

Both Burns and Macey have dreams of becoming professional musicians.

“I want to be a studio musician,” Burns said. “I want to play for movies and recordings.”

Macey wants to do chamber music and teaching, as well as some orchestral work.

Burns had multiple lessons a week to prepare for her recital, as well as doing a lot of reed making. To do this, a player must craft her own mouthpiece in order for the instrument to sound.

Macey feels that her graduate-school auditions have really helped her prepare for her recital. She was even accepted into the world-renowned Peabody Institute of Music to study viola performance.

Before Macey and Burns leave the Butler campus, they want to have an event that serves as a milestone in their friendship.

“This is our last semester together,” Macey said. “We are going to opposite sides of the country. We thought it would be cute to honor our friendship together.”

Macey and Burns will give their senior recital on April 10 at 5 p.m. in Eidson-Duckwall Recital Hall.