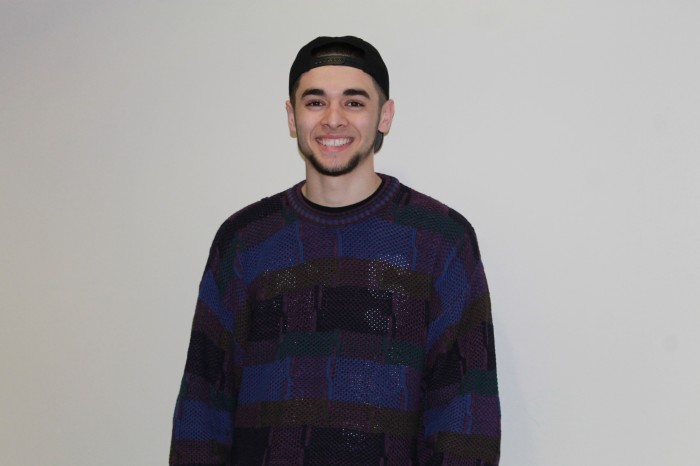 Batteries are made to spark life into a product. Freshman Aaron Marshall hopes to use music for a similar purpose: to empower.

Marshall, known onstage as Double A, is an aspiring rapper. He is a recording industry studies major from Indianapolis, Indiana.

Marshall came to Butler to pursue his passion: music.

“I want to be able to inspire people,” he said.

Before Butler, high school at Culver Military Academy proved to be a culture shock.

Marshall had to be away from his family, develop a regular routine and run the risk of losing his creativity while attending the military academy.

“They had us doing rifle movements, marching and saluting,” he said. “It just hit me like a bunch of bricks.”

He remembers crying his first night at the academy due to stress.

“It was the people that made it a life-changing place for me,” he said.

Ultimately, Culver taught Marshall to embrace his flaws by showing him that he had nothing to hide.

By acknowledging his weaknesses, Marshall discovered his identity both as a person and as Double A.

Developing positive relationships with people has proved to be beneficial, he said.

“I try to bring people up instead of bringing people down,” Marshall said. He said he seeks to achieve that through his music.

And with all of his recent success, including his full-length project “Graffiti,” Marshall has realized that what distinguishes him from the crowd is his vulnerability and authenticity.

“People attach to different artists because they have that one thing that makes them unique,” he said.

To achieve uniqueness and appreciation, Marshall said he challenges himself every day to go the extra mile.

He says he wants to reach a point in his career where people say, “You have that Double A sound.”

Aside from embracing his flaws and encouraging others to do the same, achieving a certain style and sound is important to Marshall.

“I don’t want to be known as part of the crowd,” he said. “I want to bring new ideas to the table.”