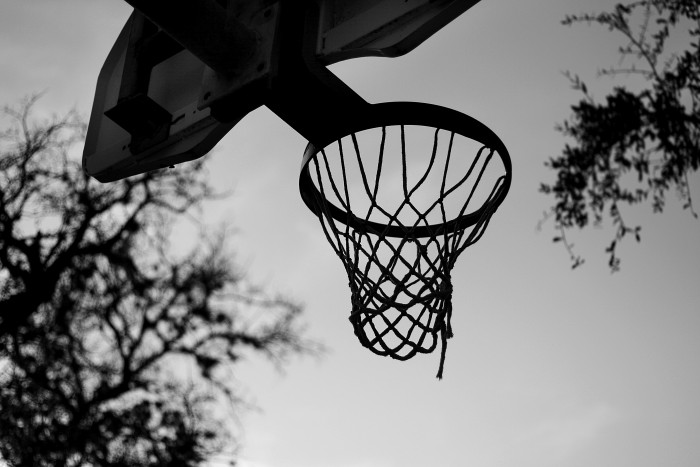 I cut in, dribble around the boy guarding me and squeak my way to the line.  I pull up, take my time, let go and, remarkably, I hear the swish that sounds like sweet music to my ears.

Sure, I’m not Alex Barlow, but I can sink the occasional three-pointer…if I try hard enough.

What is my favorite sport?  Well, that is usually a fairly easy question for me to answer: it is golf. However, in March, my opinion tends to waiver, to an extent.

My jump shot is terrible, but who cares?

As a small-town boy, born and raised a Hoosier, the love for basketball is undoubtedly embedded in my DNA.

Growing up, I never truly recognized the insanity that is best described as “March Madness.”

Every kid in my hometown, both tall and short, couldn’t help but learn the basics of the game.

Every school, both large and small, took a resolute pride in its program.

Every court, both wooden and concrete, was taken as long as there was enough light to show the glimmer of the hoop.

We owned the game until, eventually, the game owned us.

Living only 30 miles away from Bloomington, most of us, including myself, were diehard Indiana University fans.  We reminisced in Indiana’s undefeated season, the five banners that flew high in assembly hall and the legend himself, Bobby Knight.

Of course, now that I attend Butler, my opinion has changed, but that doesn’t matter.  My love of the game is stronger than ever.

Walking into Hinkle Fieldhouse is a breathtaking experience; feeling the history as you take a step onto the polished court, trying to envision Brad Stevens coaching the Bulldogs to the national championship and pointing out every feature seen in the movie “Hoosiers.”

I got cold chills while walking through campus during the Butler and University of Notre Dame game.  I could hear the screams of excitement from different buildings as the television signal reached them. It was spectacular.

The love of the game in this state is undeniable and unlike any other.

With five teams making the NCAA tournament this year, there is no doubt in my mind that Indiana is the basketball state.

It isn’t important whether you are a Butler, IU, Purdue University, Notre Dame or Valparaiso University fan.

It doesn’t matter if you like the Big 10, Big East, ACC or Horizon League.

What matters is that we all share a common bond.

It is complete and utter madness, but to me, it is home. It is the hysteria that us Hoosiers have come to love.

Now, I’ve got a game to watch.