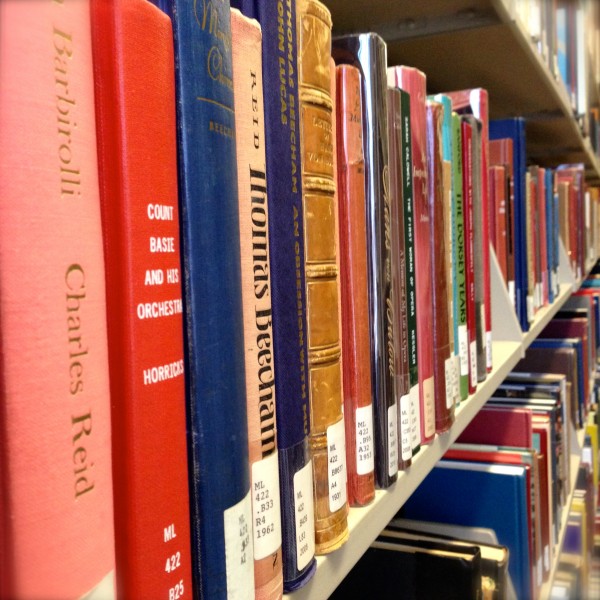 Butler University Libraries is joining with academic libraries across Indiana in a move to consolidate their collections.

At Butler, the University Libraries staff is working with data and faculty to determine which areas of the collection can be eliminated.

The project compares the holdings of 35 participating academic libraries, a total which amounts to around 7 million volumes.

The main goal of the project is to identify both rare or unique items and redundant copies: books which are held by multiple institutions.

Many of these redundant materials will be withdrawn so that library space can be repurposed.

These gaps in the collection will be filled either through interlibrary loans or electronic equivalents.

Josh Petrusa, associate dean of collections and digital services, said, “This is a way that all other academic libraries are moving.”

Of the 185,000 books currently in circulation at Butler, 41 percent have not been checked out within the last 20 years.

While print materials see decreasing use, e-books and other digital materials are needed to fill the gaps.

Petrusa noted that in 2002, Butler Libraries spent around 20 percent of its budget on electronic resources, whereas the figure this year is around 80 percent.

As to the effectiveness of electronic resources, Petrusa said, “The data we show about access says, yes, people are finding and using them.

“There is a greater amount of access that we have given to people.”

Removed materials will be sent to a resale partner, Better World Books, which will either donate or resell them with Butler taking a percentage of the sale.

There is no current time frame as to when the reductions will take place, nor as to the exact number of volumes that will be taken out of circulation.

The changes should also increase available seating, even as improvements last year saw an expansion of library soft-space.

“The number of seats this building had when it opened is a lot more than it has now, even though Butler student population is greater now,” Petrusa said.

The various academic departments of Butler have provided input on the project, although the ultimate significance in the catalogue change varies from department to department.

“We are taking all of these things into consideration on a subject-by-subject level and each librarian is responsible for certain parts of it” Petrusa said.

“In all cases where faculty have issues, we have worked with them.”

So far, there has been little feedback from Butler students about the changes.

“I understand that people love books and that the concept of change scares and frightens them, so we have been trying to be very careful,” he said.