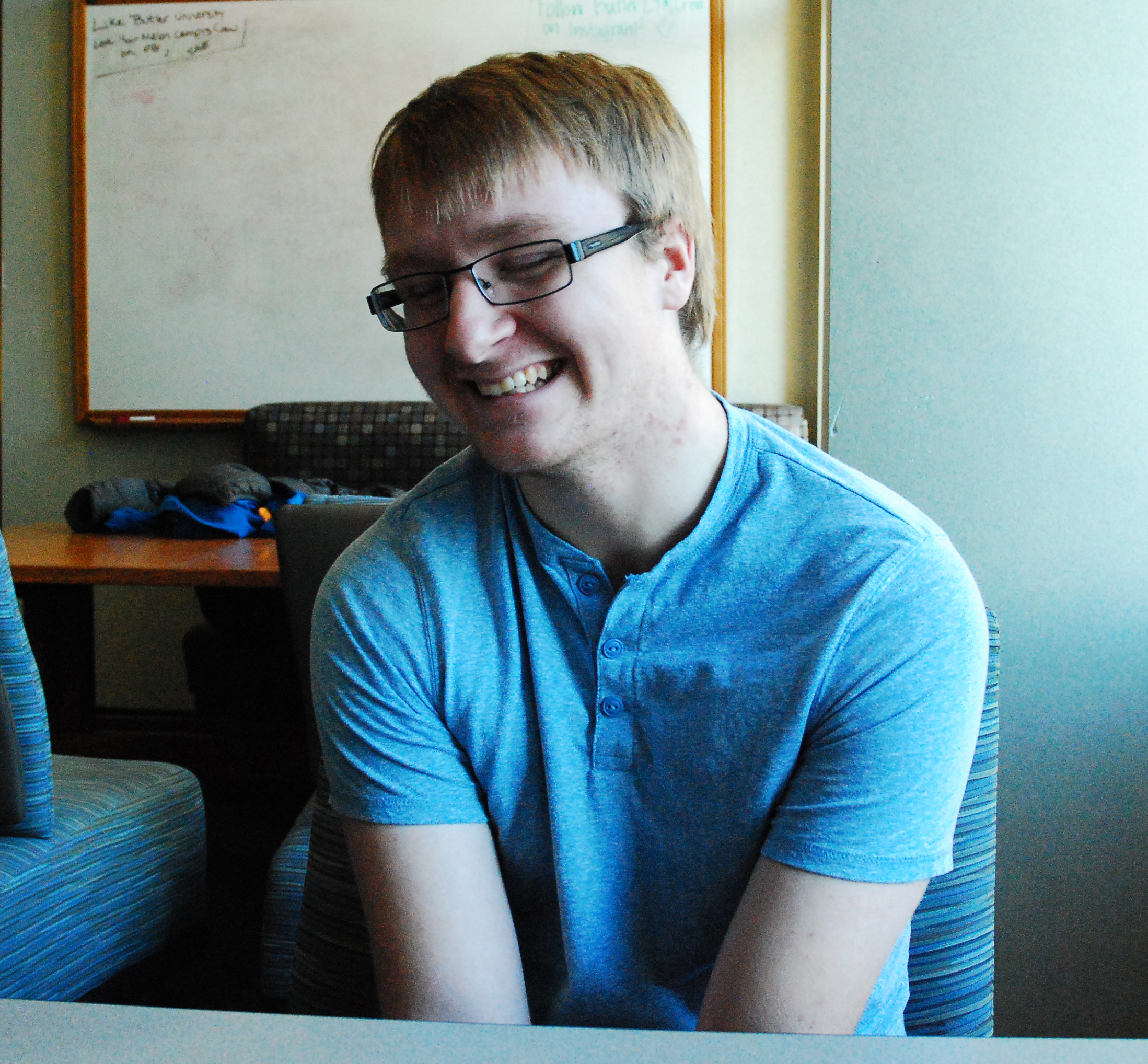 Straughn is a sophomore mechanical engineering and physics major from Elburn, Illinois.

“I wasn’t prepared for today,” he said.

Like many Butler students, Straughn had been hoping for a two-hour delay this morning.

After a morning spent dealing with the laws of language, mathematics and the universe, Straughn says his day “wasn’t great” except for his breakfast, which consisted of French toast and sausage patties.

“I ate breakfast, and that was pretty good,” he said. Actually, “it was quite good.”

“Eat as much pizza as you can,” he said.

Specifically, he said, one must order Marco’s Pizza. Not HotBox.

“At Marco’s, they put parmesan on the crust, and it is really good,” he said. “And they have really good cheese. HotBox is so boring and bland.”

Straughn’s assertions about the various brands of pizza are unopen to argument: “These are facts,” he said.

“Pizza doesn’t count as an expense because it is a necessity for life,” he explained.

In all, he feels that advising people to eat more pizza is the best he has to offer.

“This is supposed to be a serious article, isn’t it?” he joked. “I enjoyed this. This is my legacy.”