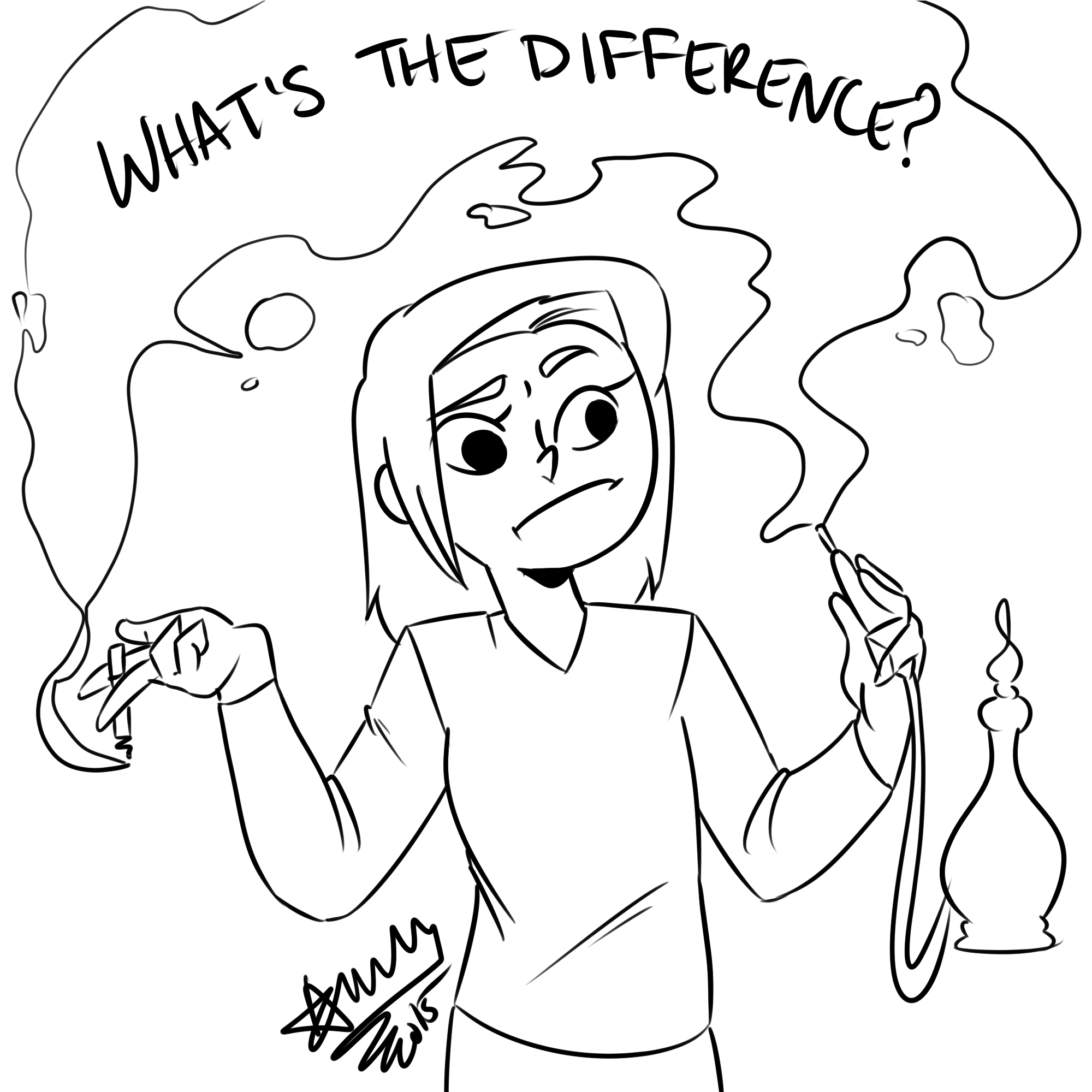 Hookah smokers are oblivious about the health effects of inhaling shisha. Smoking with a waterpipe is is not a healthy alternative to cigarettes.

Hookah is trendy among the college student demographic, according to Psych Central’s website. Hookah is social, relaxing, accessible, affordable, legal and even flavored. But hookah smokers forget that it is also carcinogenic.

A hookah vaporizes flavored tobacco, known as shisha, through a water basin before it is inhaled. Its origins stem from the Persian empire in the 16th century, where it spread in popularity in India and then in the rest of the world.

Hakim Abu’l-Fath Gilani, a Persian nobleman, raised awareness about the health hazards of tobacco after smoking already became popular among the elite, according to an essay by Ibrahim Ghulam. Gilani created a system with a pipe making the smoke pass through water to be “purified.”

Bizarrely, five centuries later, the myth still persists that the water makes the ingredients less harmful. In reality, it only cools the burn of the inhale. Shisha contains the same ingredients as cigarettes.

In fact, the smoke inhaled in one hour of smoking hookah can equal 100 cigarettes or more, according to the World Health Organization.

The water-cooling process does not filter any tobacco ingredients in the water pipe, but forces the smoker to inhale twice as deeply as a cigarette smoker, allowing chemicals to penetrate deeper into the throat.

Tobacco processed through the hookah consists of around the same amount of nicotine as cigarettes and is still connected to heart disease, cancers and complications related to childbirth.

Social in nature, hookah can even spread hepatitis and herpes as the hose is passed from one person to the other, according to the Florida State University health promotion website.

The reality is that hookah is just the same ingredients processed differently, and there are no major differences in the health effects between hookah smoking and regular smoking.

Three hookah bars are within five miles of Butler University’s campus. However, freshman Allison Haan does not plan to smoke hookah.

“I don’t really see the point of it. But you do you,” said Haan.

Other students, however, tend to see hookah as a casual and mostly harmless Friday or Saturday night hobby. Still, it is hard to justify the habit, given the significance of the health hazards it poses.

Freshman student Mallory Bacon said she smoked hookah on her eighteenth birthday with her friends.

“It was cool,” Bacon said. “But I think e-cigarette juices taste better than hookah so I haven’t been to hookah since then.”

It is not my place to judge what a person should or should not intake. Butler students and hookah smokers in general have the choice to smoke tobacco through a waterpipe. Nevertheless, they should be aware of the choices they are making, and they should know that hookah is not a safe alternative to cigarettes.