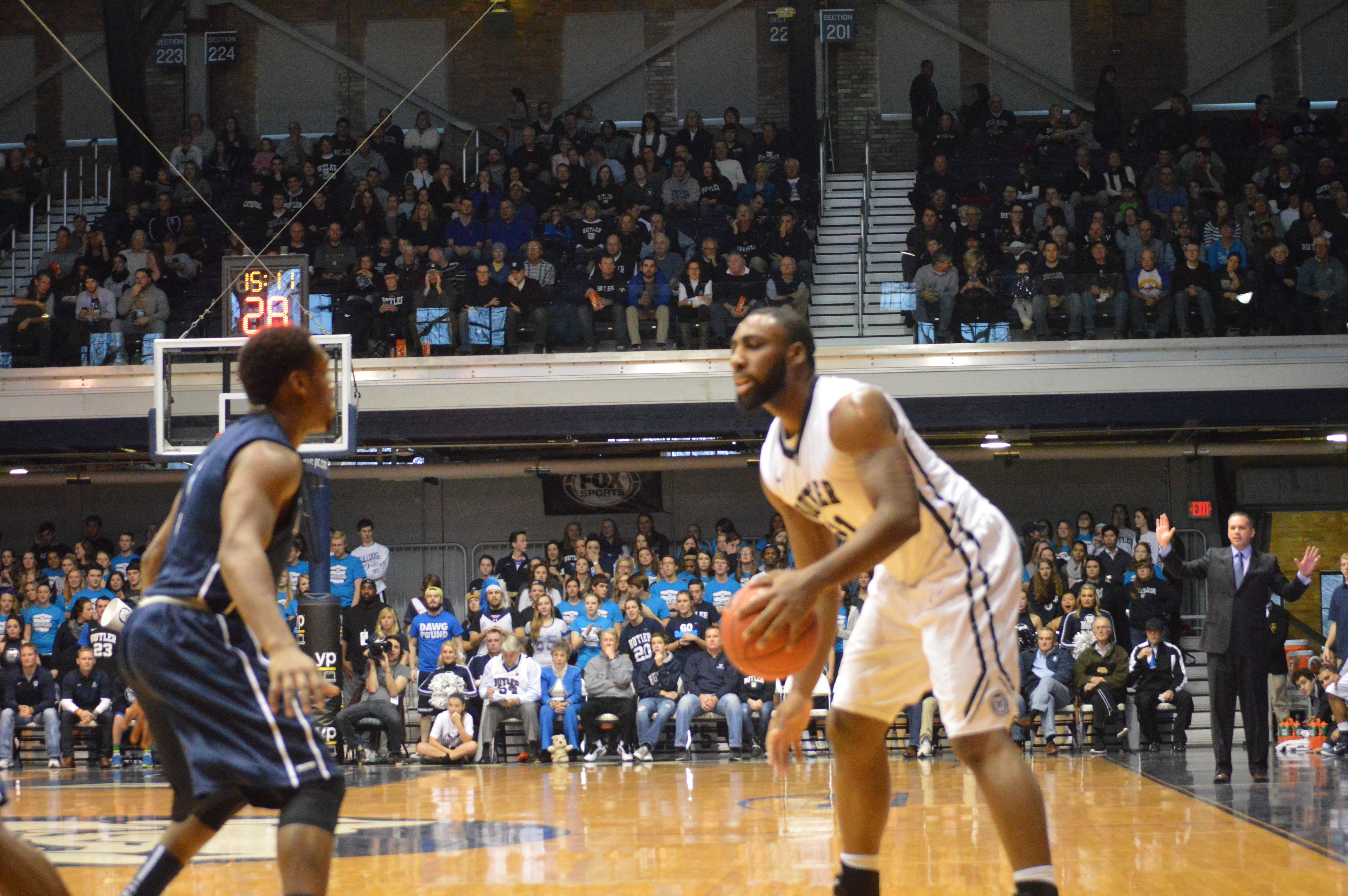 Butler knew what it was getting itself into when it joined the Big East conference last fall.

More media exposure, a better outlet for recruiting, increased competition in sports outside of basketball, and a better reputation.

And the log-jam that is the Big East standings.

The men’s basketball team found out Saturday — as if it didn’t know already — that one game can change everything. The Bulldogs fell 61-59 on the road against Georgetown University Saturday in a game that saw 11 lead changes and a last-minute game-winning three pointer by freshman Isaac Copeland.

The loss dropped the Bulldogs’ record to 13-6 overall and 3-3 in the Big East, now two games and four teams behind conference front-runner Villanova University.

The Bulldogs look to get back on track tonight against Creighton University. The game tips at 9:00, and is televised on Fox Sports 1.

Head coach Chris Holtmann said he thinks the Bulldogs will be able to rebound just fine against the Bluejays.

“I think we recognize that every game in the Big East is probably going to be like that,” Holtmann said. “I don’t think our guys look at it like it’s anything other than another night in the Big East.”

But that 0-6 mark can be deceiving, Butler head coach Chris Holtmann said. The Bluejays have lost two games on the final possession, and have gone right down to the wire with the likes of Providence and DePaul.

Holtmann said the Bulldogs can’t take a night off in the Big East, especially with the Bluejays because they’ve been so close to getting their first conference win and are bound to get rid of some of their “bad luck” sooner or later.

“They’re a unique team because they won at Nebraska and beat Oklahoma who we struggled with in the Bahamas,” Holtmann said. “It’s unique because they had a great out of conference record and they just have had some bad luck late.”

Holtmann said the fact they can’t take a night off in the Big East if they want a chance to win is unlike any other conference Butler has been in.

“They concern me at the highest level,” Holtmann said. “I think I would probably say that about any other team in the Big East. I just don’t think for us that there’s any game that we can say ‘we can just be average and still win the game.”

Holtmann said the thing that makes Creighton so dangerous is they have several guys that can step up on any given night.

“What kind of makes them difficult is that they’ve got several guys that could come up and get you on any given night,” Holtmann said.

Perhaps this balanced attack is exactly what the Bluejays were looking for just one year removed from losing four starters from a successful team.

Doug McDermott, son of head coach Greg McDermott and winner the NCAA’s reigning James Naismith Player of the Year award, led that group of seniors that left the Blujeays in a tough situation heading into this season.

Things looked to be going alright for the Bluejays, as they got off to a 9-3 start with big wins at Nebraska and at home against Oklahoma (a team that Butler lost to in the Battle 4 Atlantis) during that stretch.

But the Bluejays have dropped seven straight since, finding themselves at the very bottom of the conference standings.