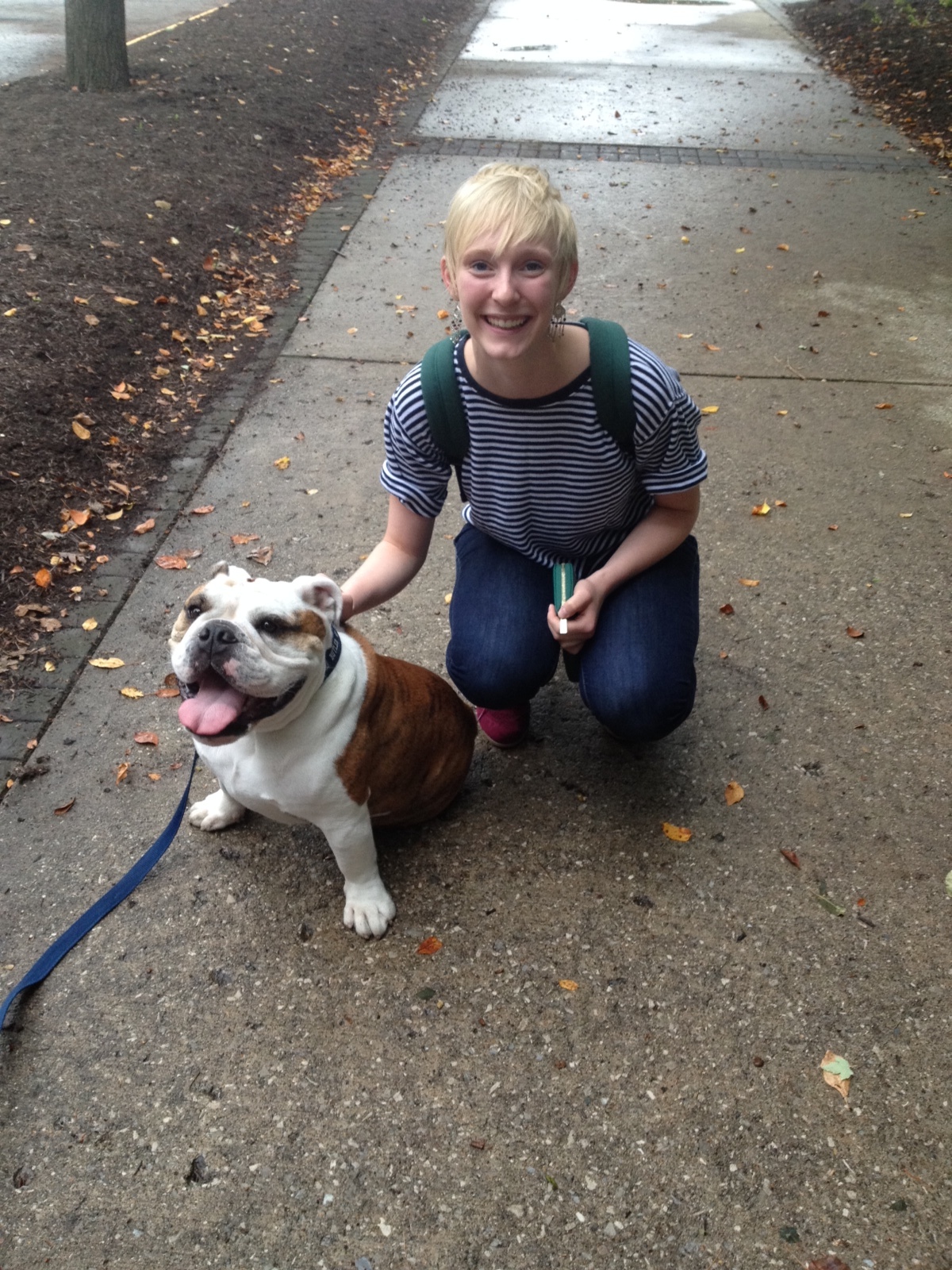 The cold air turns Emma Shafer’s fair skin to a bright pink color as she walks toward the Howard L. Schrott Center for the Arts. She is on her way to check out the progess of the show “The Water Carriers” since opening week has arrived.

Shafer, a freshman theater major at Butler University, lives and breathes theater, she said. Almost every single hour of her day is consumed by either thoughts or activities involving theater.

“In honesty, it actually is about finding yourself—knowing your strengths and weaknesses—in addition to observing the world around you,” she said.

Since her mother was a choreographer, theater has always been a part of Shafer’s life.

“I just went from watching to doing,” she said, laughing.

Shafer played soccer and acted during her childhood, so adapting to the theater department’s busy schedule has not been difficult, she said. When it came to her freshman year of college, 17 credit hours seemed like no sweat compared to her busy life before.

She is currently in three required theater classes as a freshman.

These include Acting 1, Stage Movement 1 and Production Fundamentals. All these classes pinpoint different things that are necessary to understand in the theater world.

Acting 1 teaches aspiring artists how to look at themselves and the world in a different perspective.

For theater majors, these classes feel more like fun than work, she said.

In addition to these three classes, Shafer also has to make time for Butler’s core curriculum, so she is currently taking a math class and a first-year seminar.

During her free time, she is required to participate in three crew hours per week for a total of 36 hours per semester.

Crew hours consist of everything from helping with the stage, lights and costumes to finishing anything else the theater department needs done.

“Unfortunately, if you are in the show, that does not count as crew hours,” she said.

Shafer is not a character in “The Water Carriers,” but she does help out backstage as a dresser, which means she helps the actors with costume changes between scenes.

As a dresser, she does not receive crew hours, but instead receives experience from being able to help with a bigger show backstage.

While her job is fast-paced and stressful, the stage manager has the most difficult job, she said.

Even though putting on a show is stressful, theater has tons of potential benefits, Shafer said.

“Everyone should take theater because everyone is different, and those differences make up a community,” she said. “Theater helps you see the community in different perspectives and really appreciate what the world has to offer.”