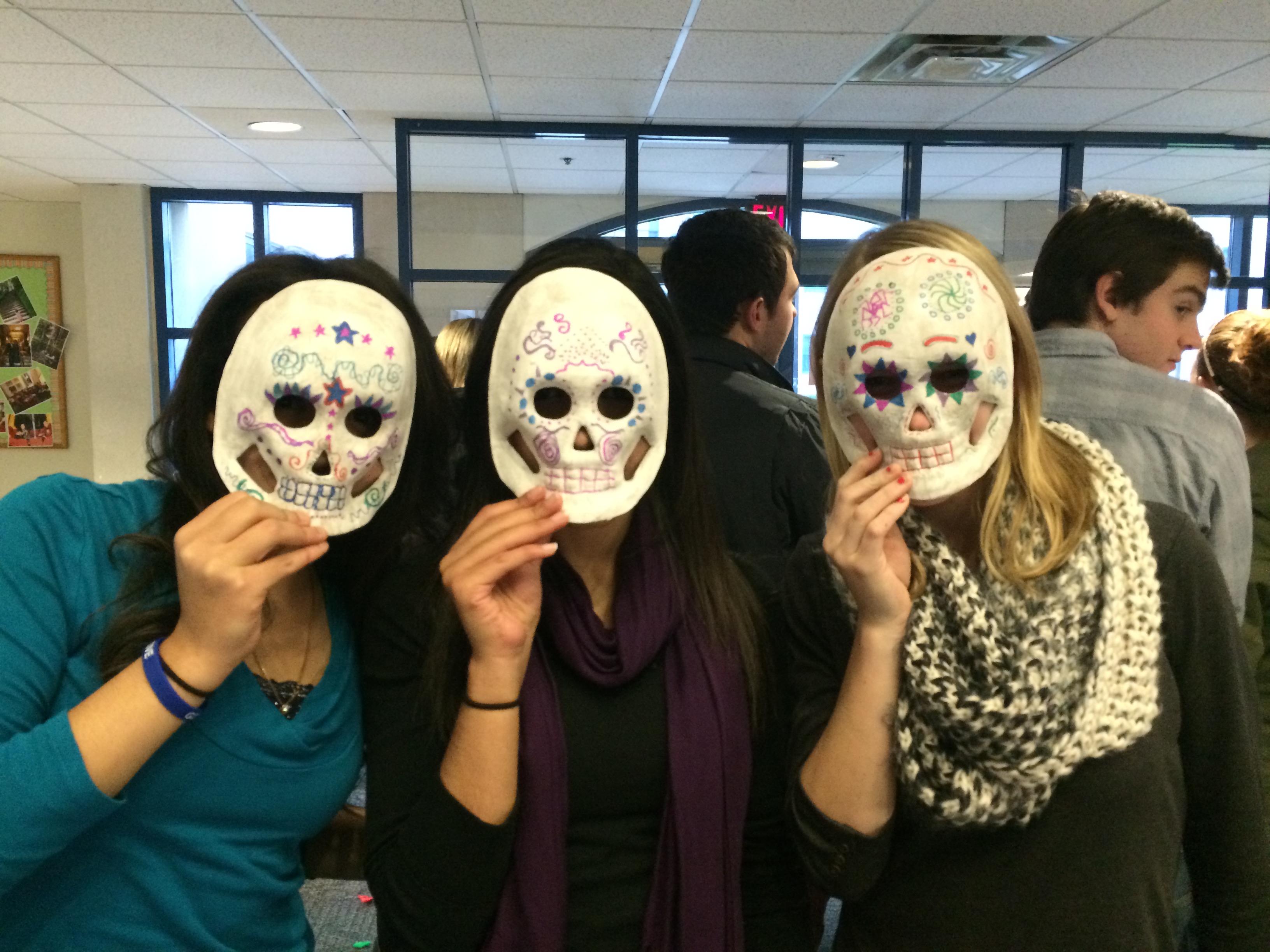 The sounds of a mariachi band echoed through Residential College Sunday night.

Even though the melody of each song varied, each song had the same happy, upbeat tempo as the one before it.

Pink, blue, green and yellow dots swarmed the eyes and faces of the skulls spread out among the tables in the ResCo dining hall in honor of Dia de los Muertos.

This holiday, meant to commemorate those who have died, is a joyous time of remembering stories and being thankful for family.

The diversity center gave students a taste of the holiday by letting participants decorate paper tombstones, masks and skulls with different shades of glitter, rhinestones, fluffy, light feathers and more markers, glue sticks and bottles than a preschool classroom.

After decorating two items, participants received yellow tickets which were redeemed for authentic Mexican food, including refried beans, white rice, tamales and pan de muertos, or Day of the Dead bread, which is a type of sweet bread with pink sugar.

“I learned so much about a culture that I really did not know,” said sophomore Darlene Brown, a second-year volunteer at this event. “This stuff is actually really cool.”

Brown and freshman Miranda Herman, another volunteer, agreed culture is not limited to learning about what other people believe and what certain holidays mean to them.

Experiencing that culture is what makes it most real.

“Cultural awareness is so important because it is everywhere you go,” Herman said. “You need to be able to understand why people act certain ways and see how different people live their lives.”

Spanish professor Elisa Lucchi-Riester attended the event and helped her son and daughter create their own masks.

“When you are little, you have no filter,” she said. “You see certain things, and you do not judge them. You accept them and learn about them, and then it is on to the next experience. There is nothing wrong with learning and being exposed to different cultures.”

Lucchi-Riester said events similar to the one held in ResCo help prepare children like her own for diversity.

“It is all in the mindset,” she said. “If you have a closed mind and decide you want nothing to do with other cultures, you are not preparing yourself for diversity.”

The Day of the Dead celebration not only provided students a different atmosphere for a while; it also provided them with a potentially a different mindset by exposing them to a different culture.