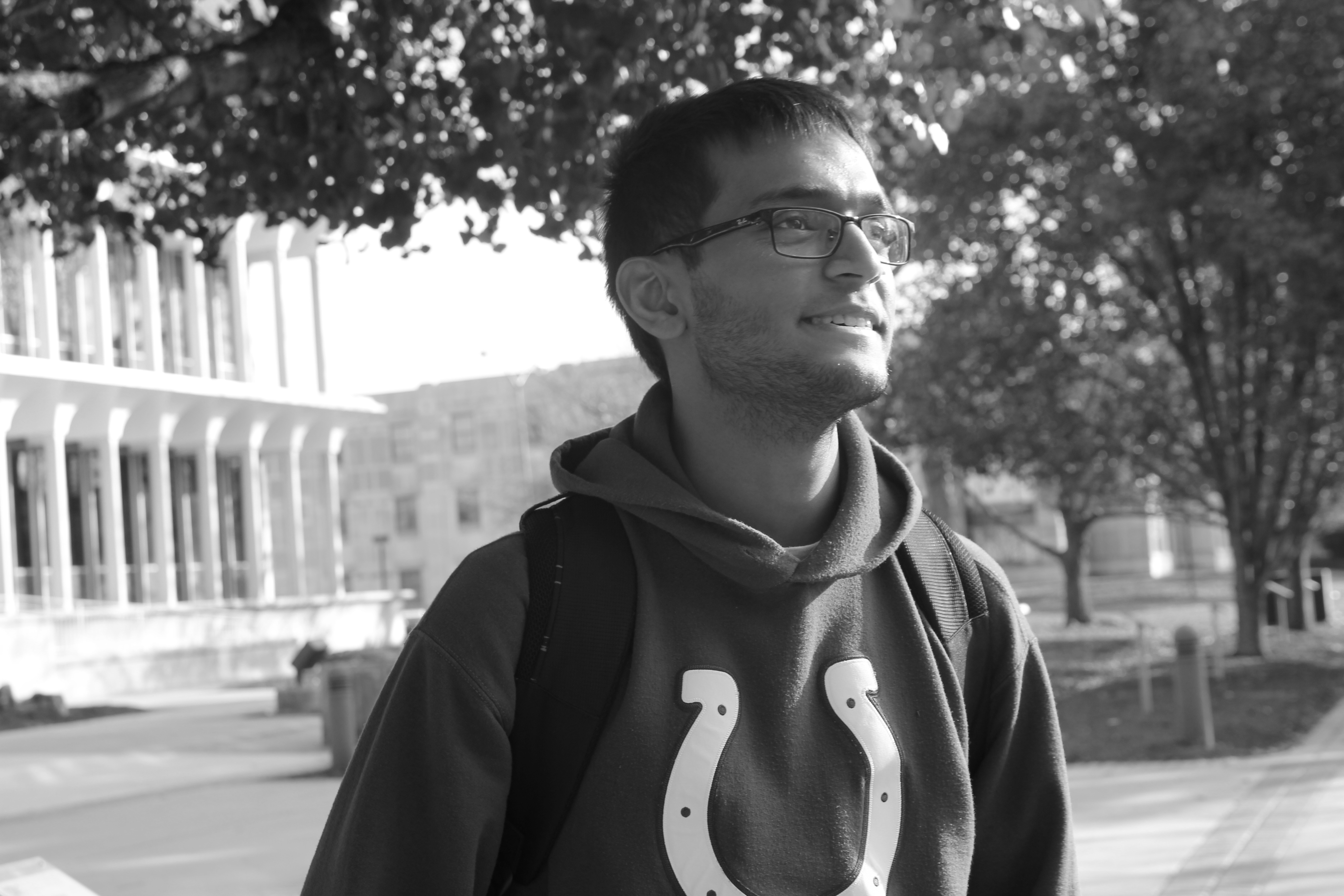 Freshman Salman Qureshi, clad in a blue Colts sweatshirt and glasses, is leaving Irwin Library to commute home after studying for an upcoming Spanish exam.

Some day, he hopes to expand his traveling experience well beyond the realm of the Butler bubble, he said.

He hopes to travel the world.

Qureshi’s family is from Kanpur, the 10th largest city in India and the largest city of Uttar Pradesh, a state in Northern India.

The best thing about India is its culture, he said.

“It’s very fast-paced. It’s constant,” he said. “All day, everyone’s moving around doing something. It’s kind of like how ‘the city never sleeps’ in New York.”

While in India, Qureshi visited New Delhi and the Taj Mahal, which “doesn’t seem like it would be that big” he laughed.

Qureshi plans to study abroad in Spain during his time here at Butler but hopes to eventually travel the world, he said.

The knowledge he gains will help him in his future career as well.

“I want to be a doctor and work in the medical field, so it would definitely be interesting to have different viewpoints with people from different places,” he said.