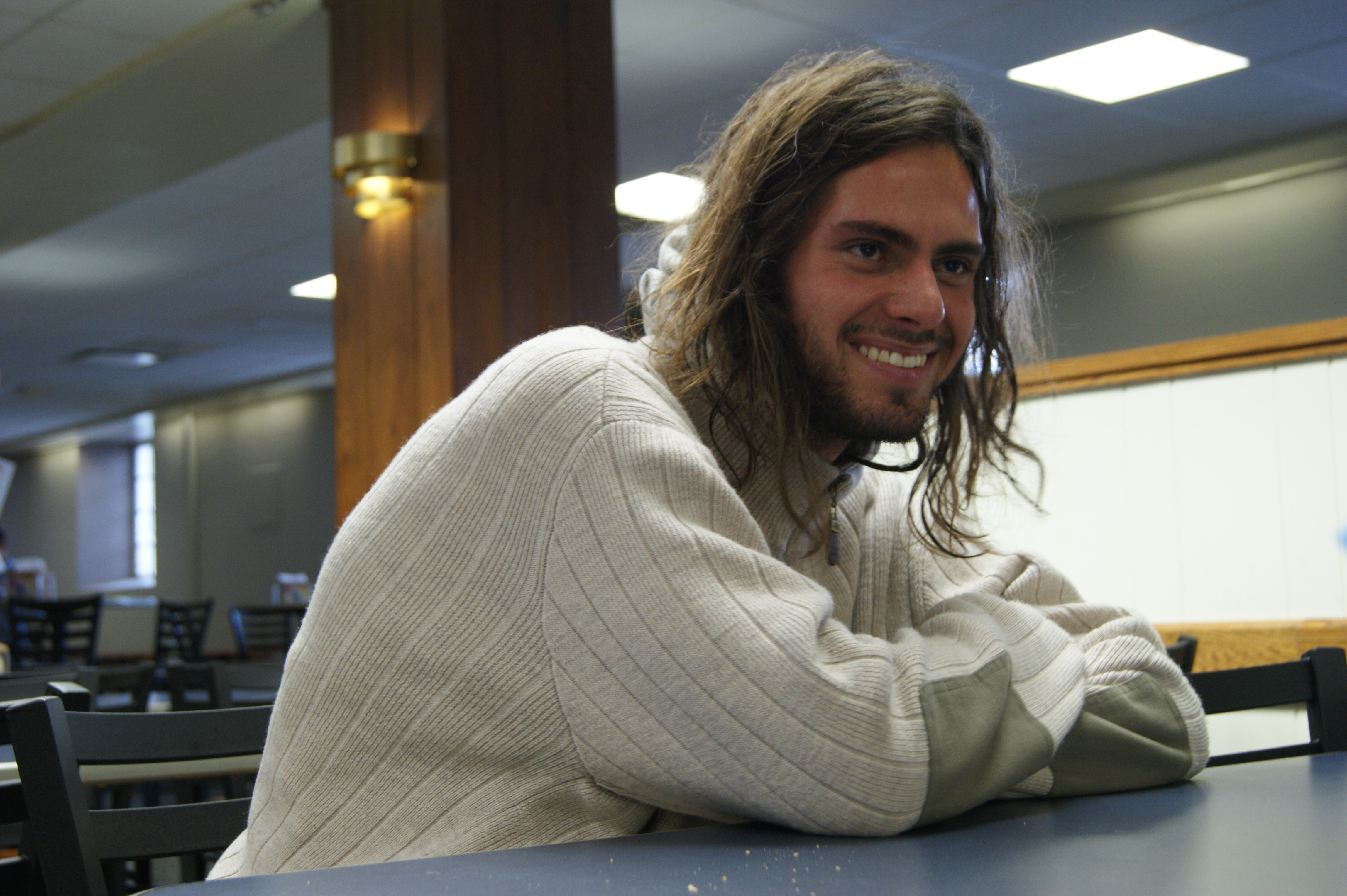 Despite his long brown hair freezing from the cold, sophomore creative writing major and theatre minor Earl Townsend is making the trek to the Campus Club to get some potato soup and a southwest turkey panini.

Townsend, born in Indianapolis and raised in Zionsville, is accustomed to cold Indiana winters. However, he still needs some warm food on this 23-degree day before Thanksgiving.

Next week, Townsend will attend Thanksgiving dinner at his aunt’s house and participate in the annual mortal hog contest.

He said the object of the contest is to eat more food than anyone else.

Though Townsend has never won the mortal hog contest himself, he said his uncle Clyde has won many times.

“He just eats, like, everything,” Townsend said. “When he was 20 or 30, he would order two dinners when he went out to eat, just anytime he wanted. And he is not fat or anything.”

At 20 years old himself, Townsend’s favorite Thanksgiving food is his mom’s homemade dinner rolls, which she bakes from a special family recipe.

“She only makes them on Thanksgiving and Christmas, which is kind of funny,” he said. “You think she would make them other times cause we like them so much, but she does not.”

Townsend has also begun a tradition of his own: pigtail day.

He said the second Thursday of April 2015 will mark the second annual pigtail day.

“People have to wear pigtails,” he said.

Before that, it is Townsend’s mission to paint the snow on campus with colored water.

He said last year he tried to arrange a group of people to paint the snow, but they just never got around to it.

“Everyone should paint the snow this year,” he said. “Just because. You can get water bottles and poke holes in the top and use that as a makeshift squirt gun. Or you can get actual squirt guns.”

“That is the most important thing,” he said.