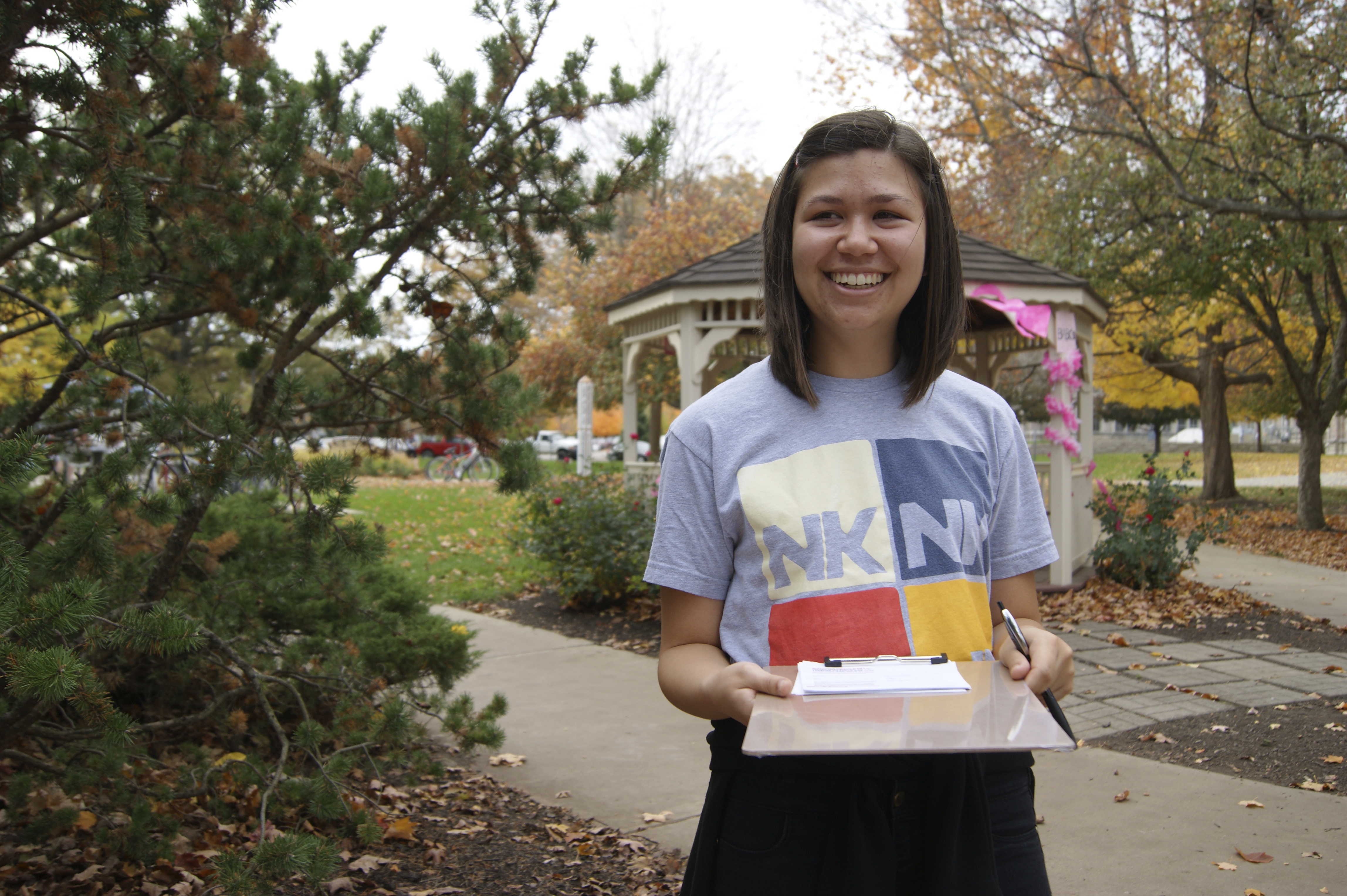 It is Monday. Anna Doloso is braving the weather to stand up for her beliefs under the Class of 2000 clock that constantly proclaims 1 o’clock outside Starbucks.

She stands confidently with a clipboard and various notecards for an event co-hosted by Demia and Planned Parenthood.

“We are trying to get young people to go out and vote,” she said.

The notecards will later be mailed to the people who fill them out as a reminder to vote in the upcoming elections.

“We are not telling people who to vote for,” Doloso said. “We are just telling them to go out and vote so that they have a voice.”

Doloso said she did not join Demia until her second semester at Butler University. “I never really wanted to label myself as a feminist,” she said.

Doloso said she thought the word “feminist” has come to have a negative connotation. But as for the people she met in Demia: “They aren’t crazy,” she said, smiling.

“They believe all the same things I do, so I started going regularly, and I am really glad I did,” she said.

The best part about Demia, aside from raising awareness about sexuality issues on campus and reducing the stigma surrounding sexuality, is the sense of community Doloso feels she has with her peers.

“We don’t have to know every detail about each other’s personal lives, but we all just generally get along,” she said.