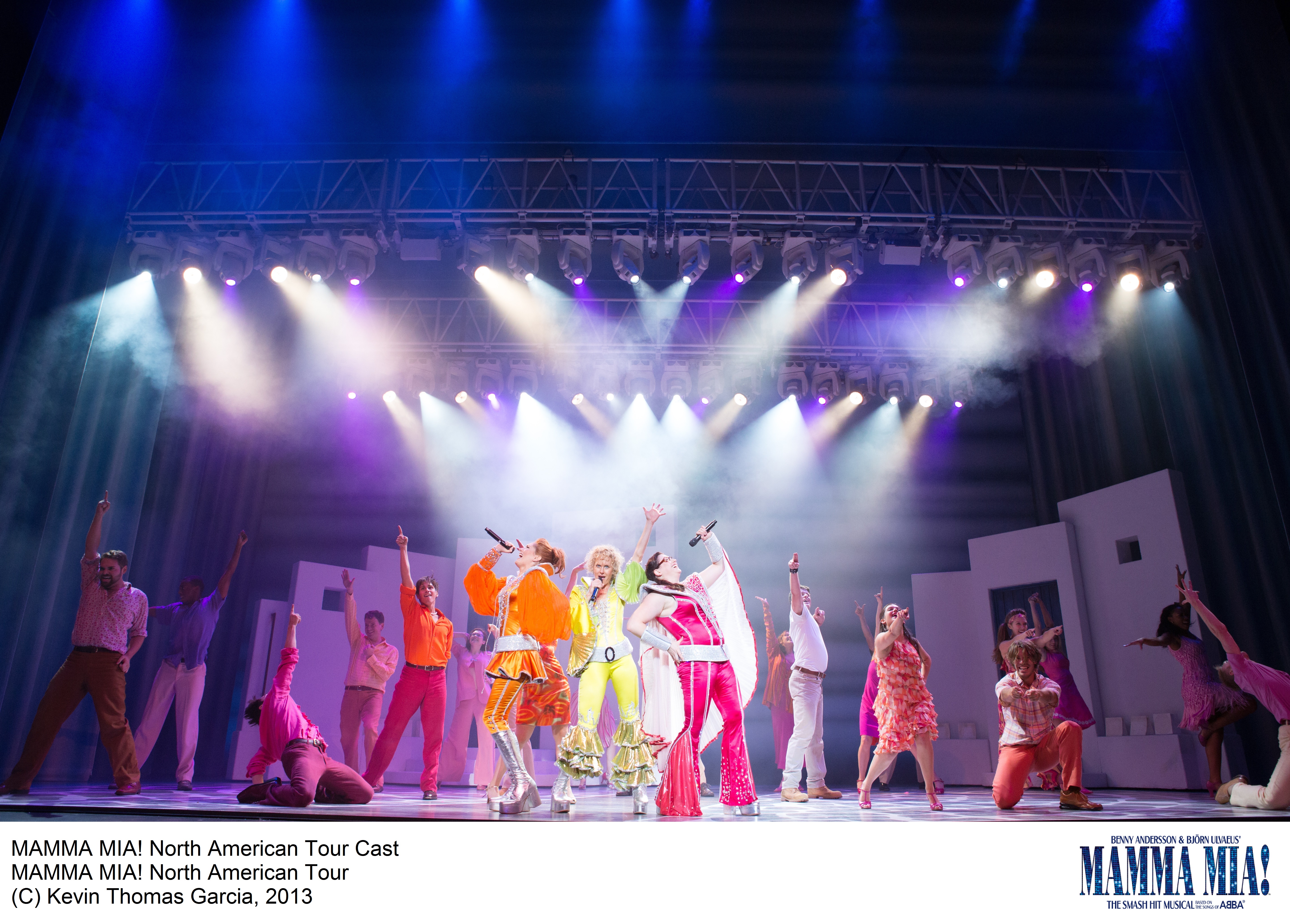 As the lights in Clowes Memorial Hall began to dim, the subtle roar of the audience diminished to total silence in anticipation of the upcoming off-Broadway show: “Mamma Mia!”

A quick run-through of the well-known songs hit the audience’s ears, leaving the viewers anxious for the show to begin.

Then, that moment the audience had patiently been waiting for arrived.

The blue, black and white waves that had danced across the screen, teasing the audience, lifted.

The characters took us through a whirlwind of events from the beginning with the protagonist, Sophie, inviting her three possible fathers to her wedding.

From this moment on, the lively, upbeat cast put their own spin on “Mamma Mia!,” with a beautifully created, minimalistic set that mirrored Grecian homes.

The set not only fit perfectly, but it also complemented the mood that the director was trying to convey.
Whenever the mood was light and jovial, the background conformed to an early morning sunrise.

In contrast, when the mood was ambiguous to help keep the audience in suspense, the background reflected a full moon surrounded by pure darkness.

The costumes exaggerated and mimicked the characters’ personalities and were completely appropriate even during the scene in which Donna and the Dynamos came out wearing their notorious white, jumpsuit-like costumes.

The audience erupted in laughter at one part in particular, where the actors dressed up in wet suits and flippers and danced across the stage.

The orchestra was fantastic, encompassing the dynamics of the play in a very unique way. Each number seemed to flow from the orchestra’s instruments and pulled the entire show together.

Along with that, Donna, played by Georgia Kate Haege, killed her vocals. She sang two songs back-to-back and did a wonderful job without even having to stop for a break.

This cast seemed to have a very strong set of vocals and made the show very enjoyable to listen to.

In all, “Mamma Mia!” was spectacular. The singers, dancers and orchestra did a phenomenal job.

The set was constructed well, and the set changes ran very smoothly.

By the end of the show, the audience was on their feet, dancing and giving a standing ovation before the curtains closed for the final time.

I would give this performance a 4.5 out of 5 stars.