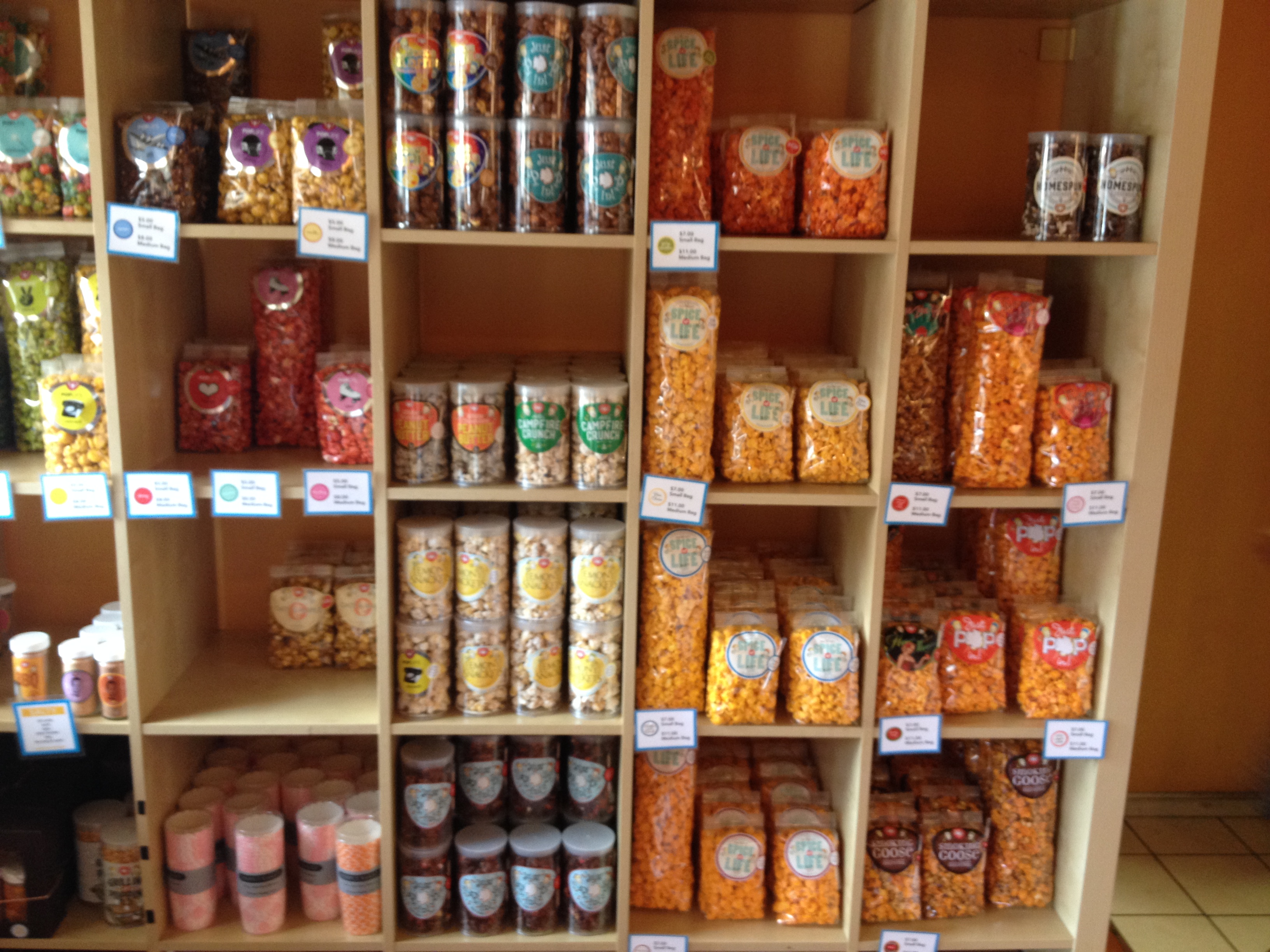 From jelly beans to ice cream, nearly everything seems to have a popcorn flavor.

In honor of National Popcorn Poppin’ Month, I decided to see what was happening in the world of popcorn.

The Food Network’s website lists 50 different recipes for flavored popcorn, allrecipes.com has more than 25 and even Buzzfeed a post listing has 19 creative ways to flavor popcorn.

Closer to home, the store Just Pop In! in Broad Ripple sells many popcorn flavors of different varieties.

Keeping in time with the season, the store includes pumpkin spice- and apple pie-flavored popcorn.

Just Pop In! employee Danielle Holbrock said the most popular flavor the store has is the Indy Style mix, a combination of caramel and cheddar flavoring.

Former Butler student Olivia Depaulis also works at the store and said her favorite is the beer cheese-flavored popcorn. She also recommended the spicy cheddar popcorn.

Just Pop In! has been open in Broad Ripple for almost 11 years, the two said.

Twins Carly Swift and Mandy Selke created the chain in 2003.

They came up with the idea after years of cooking popcorn on the stove with their grandfather, according to the chain’s website.

The goal was to “create the fun-loving, colorful and non-traditional popcorn brand.”

Doc Popcorn is another popular popcorn company. This chain began in Boulder, Colorado, and is spreading throughout the United States.

The company is focused on “popping it forward,” according to its website.

Circle Centre Mall has a Doc Popcorn Popshop, but if you would rather make your own popcorn instead of heading over to Broad Ripple or the mall, here is a simple recipe for caramel corn.

This recipe calls for:

To make this caramel corn, first preheat your oven to 200 degrees.

Then, turn on the stove to medium heat and combine the butter, brown sugar, salt and corn syrup and bring it to a boil.

Let it boil for five minutes. Then, remove from heat and add baking soda. Stir this mixture well.

Pour the mixture over the popcorn and put everything into a large pan and bake for an hour. Stir it together every 15 minutes.

Spread everything on waxed paper to dry and you have officially made your very own caramel corn.