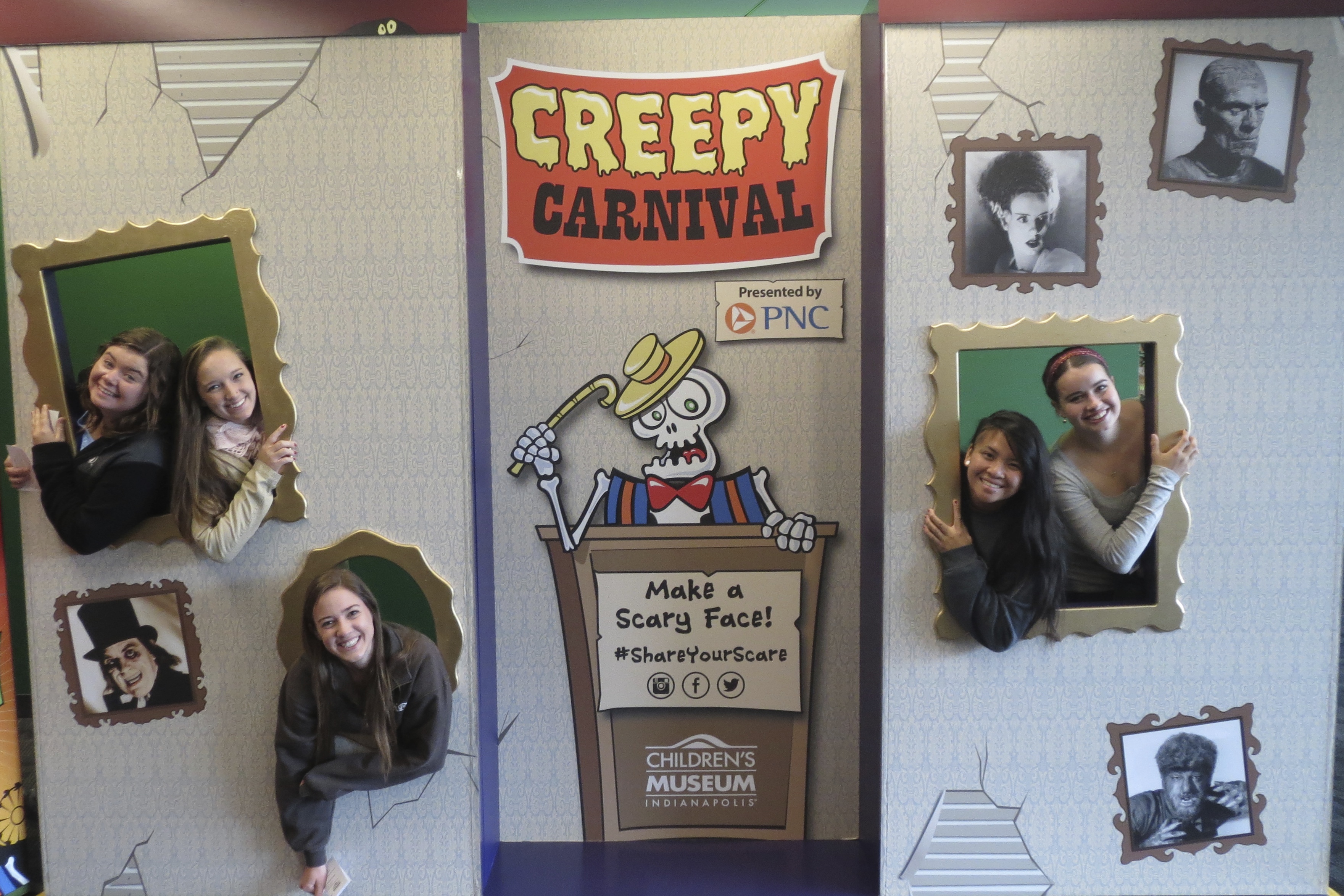 Out on the Town

How do you spend your study breaks each Sunday afternoon? Do you scroll through Facebook? Grab a cup of coffee? Wish you were having fun?

Next Sunday, you could be running through the 11 main galleries of The Children’s Museum of Indianapolis, free of charge.

Any full-time or part-time student enrolled in an Indiana private or public college or university, including online college, is invited to enjoy a free day at the museum, according to the museum’s website. Students need only show a valid college ID.

The free Sunday admission for college students program began in September and will run through the end of December, said Kimberly Harms, director of public and media relations for the museum.

“It has been wildly popular, and therefore we’ve extended it through the end of the year,” Harms said. “We are averaging over 150 college students each Sunday and that number has grown each week.”

The world’s largest children’s museum gives people of all ages a chance to explore science, history, culture and art throughout the 29 acres it is situated on, according to the website.

“I personally believe everyone is a kid at heart,” Harms said. “There’s a place in the museum for everybody to enjoy and relate to, no matter their interests.”

Visitors who start their exploration on the top floor will first go through ScienceWorks and then discover the mirror maze next to the carousel.

An exhibit that focuses on the lives of Anne Frank, Ruby Bridges and Ryan White is on the level below.

On the first floor, you can go back 65 million years to the Cretaceous period in the Dinosphere exhibit before uncovering a pirate shipwreck in National Geographic’s Treasures of the Earth exhibit.

A tyrannosaurus rex watches over his terrain in the Dinosphere.

Junior Emma Salter went to the museum last Sunday with a group of Butler students.

“It seriously held my attention,” Salter said. “Everything I saw I wanted to do. We tried on the dinosaur costumes and participated in all of the exhibits.”

Ashley Asuncion and Cori Norton dressed up like dinosaurs to get the full effect of the Dinosphere exhibit.

Before the group watched a free show in the Planetarium, they learned about the art of glassblowing.

“Fireworks of Glass” by Dale Chihuly includes a 43-foot-tall tower and a glass ceiling made of 3,200 pieces of blown glass.

Visitors can lounge on a revolving couch underneath the ceiling to take in the artwork from a different perspective, which Salter said was her favorite part.

“It surprised me how interactive we were and how the parents of the children there didn’t seem to mind us,” sophomore Katie Koschnick said.

In addition to the permanent exhibits, Terra Cotta Warriors: The Emperor’s Painted Army of Xian, China, will be on display through Nov. 2 with an admission rate of $10 for nonmember adults.

The Children’s Museum of Indianapolis is the only museum in the United States to host this exhibit in 2014.

An annual Halloween event for visitors opened over the weekend. Creepy Carnival, The Children’s Museum Guild’s 51st annual haunted house, will run through the end of October. Hours and tickets are available online.

Harms said the museum wanted people to realize it is not just a place for kids. She said the popularity of late-night events the museum has hosted led the museum to think college audience would be interested in this type of opportunity.

“By nature, they’re interested in furthering their knowledge and don’t have that much money,” Harms said. “Why not help them out and give them a chance to share some fun learning memories by visiting the Children’s Museum?”

Next Sunday, you now have an alternative to scrolling through Facebook during your study break.

The drive from campus to the museum is under ten minutes, and free parking is available in the parking garage next to the museum.