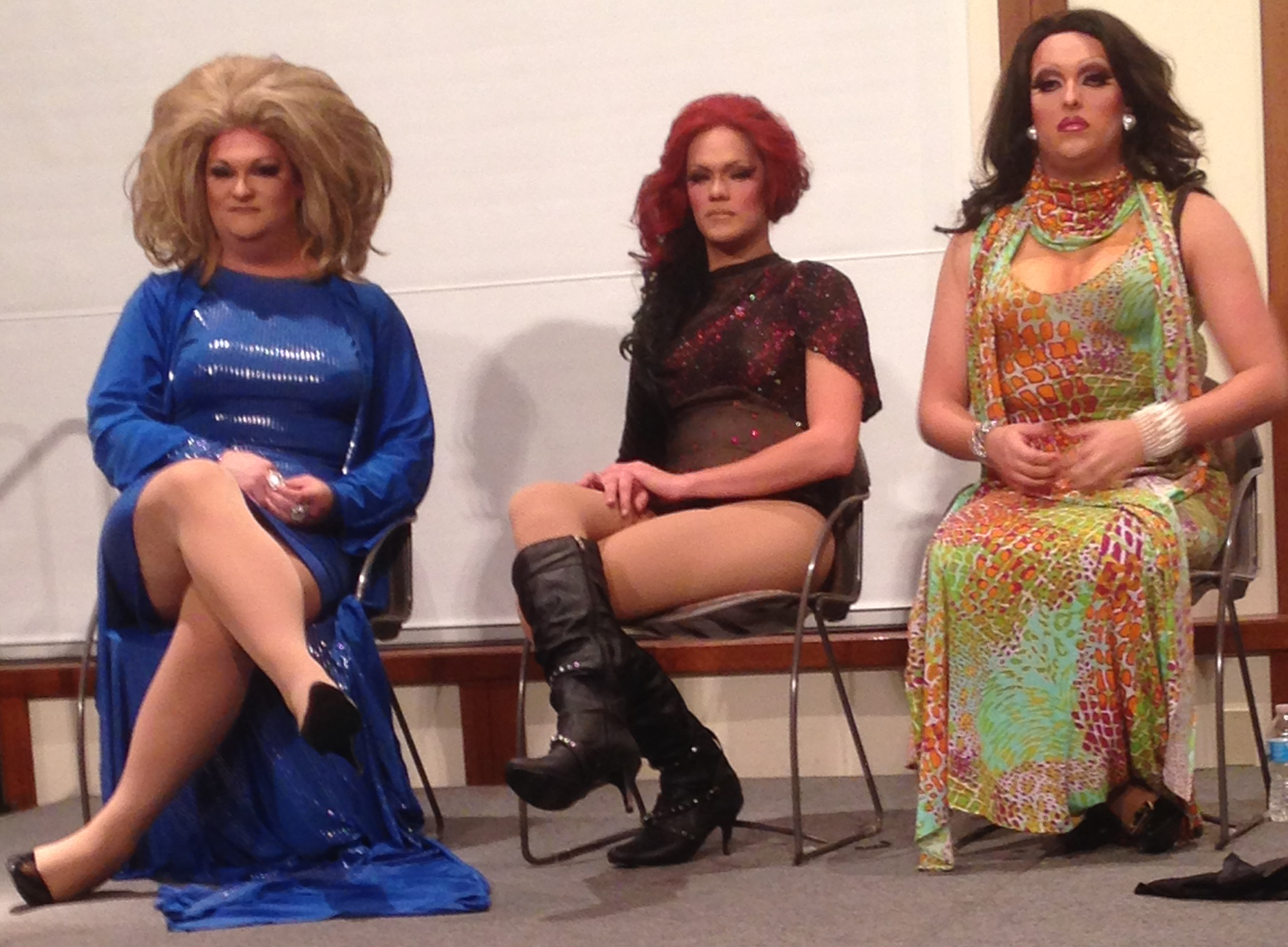 Illuminated jewels reflected over the faces in the audience. Eyes moved across the stage, following the shine in a trancelike state.

This scintillating image was coming not from an object, but a person. She was dressed in a style reminiscent of singer-songwriter Jessie J. Her hair was black at the roots but somehow transformed into a firetruck red and cascaded down the back of her tight body suit, making her stand out.

However, what really captivated the audience was the reason for her presence.

The drag queens came from the Indianapolis area for “Night of the Living Drag.”

The event lit up the night of the students who were in attendance.

“Alliance is a diversity organization on campus that serves to bring the (gay, lesbian, bisexual and transgender) community together on campus to promote and celebrate their identities,” said Cameron Alford, a member of both groups. “Alliance does this by holding events, such as the drag show, to bring awareness about the GLBT community, and to promote inclusivity on campus.”

At one point the entire audience was on its feet dancing to the popular song “Bang Bang” by Jessie J, Ariana Grande and Nicki Minaj. The night only went uphill from there.

Throughout the evening, drag queens danced to current hits like “All About that Bass,” “Edge of Glory,” “Super Bass” and “Partition” in everything from florescent pink hippie dresses to tight black leather pants.

It was impossible for one queen to steal the show.

Each individual displayed unique characteristics and embodied those qualities to their full potential.

Some ladies let their personalities own the stage by swinging their hips.

They engaged the audience so well that spectators were almost hypnotized, standing up to dance along.

The middle of the show brought along a question-and-answer session.

The audience learned about the lifestyle of being a drag queen and even acquired a few life lessons, such as
“Be true to yourself,” “Be who you really are” and “Not only love yourself, but do what you love.”

Ryan Bernstein, a spectator, commented, “It was a wonderful experience, and everyone should go if they get a chance to, simply to have a deeper understanding of the culture.”

The drag show was an eye-opening experience to a new age that is fast-approaching.