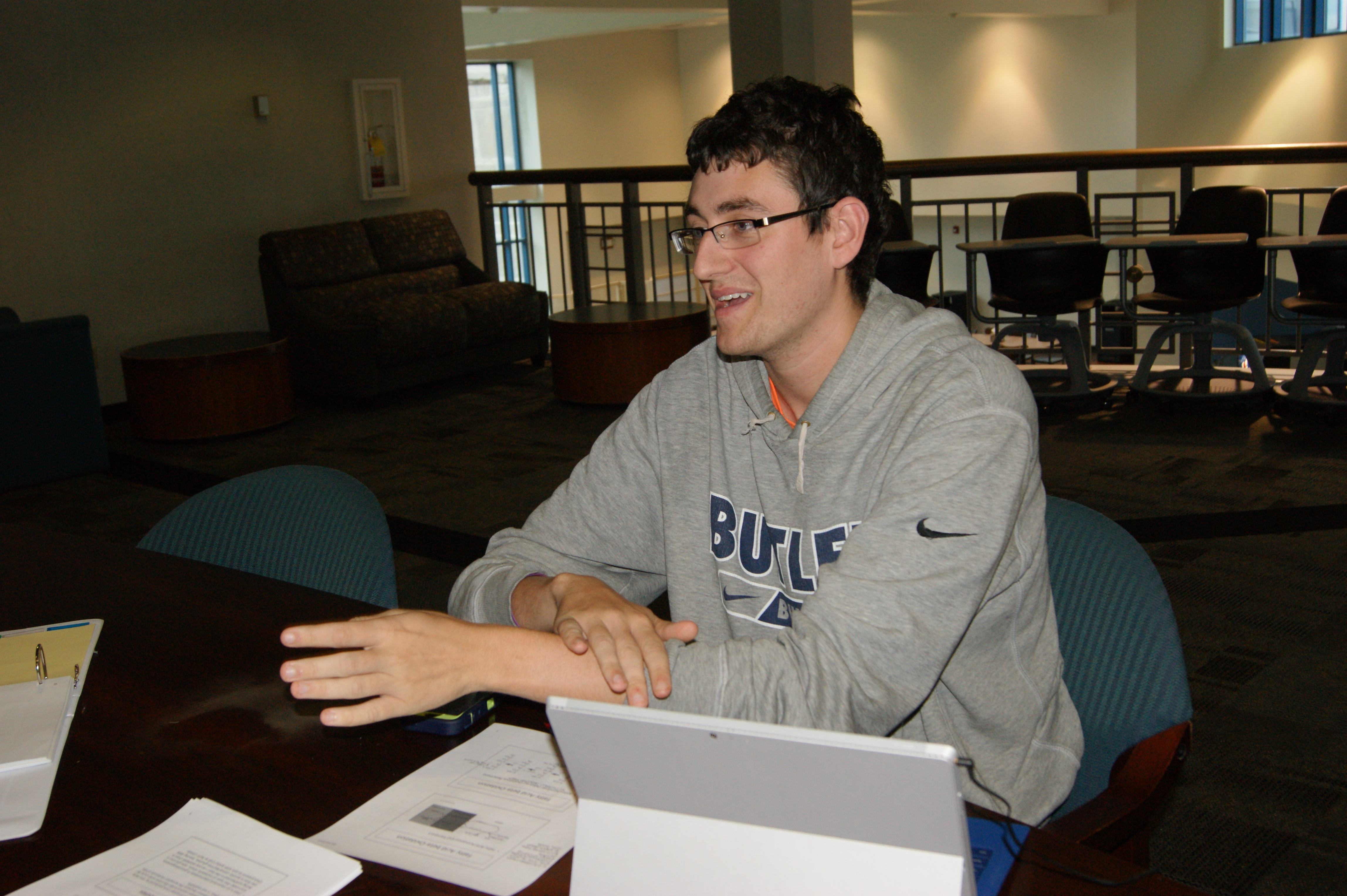 Hummel is a Spanish and pharmacy double major.

He is surrounded by various piles of papers, a tablet, a binder and his iPhone.

Instead of playing intramural volleyball with his friends, Hummel is spending his Saturday studying biochemistry.

While biochemistry is serious business, Hummel did have the opportunity to laugh today.

Yesterday, the two of them spent some time practicing for their upcoming volleyball game, he said.

Hummel’s high school did not have a men’s volleyball team, so he played in gym class and recreationally with friends for fun outside of school. Now, he plays on an intramural volleyball team here at Butler.

“I have a really fun time playing, and I’m a competitive person,” he smiled. “That’s not very good for intramurals because people do it for fun, but whenever my friends and I play volleyball we all have a good time and just laugh.”

Yesterday, Hummel and his friend focused on bumping, which involves hitting the volleyball with the forearms while the hands are clasped in front of the body.

While this is a basic volleyball technique, it did not turn out so well for Hummel’s friend this time.

“The ball was pretty hard, so she showed me her bruises today,” he said. “Her forearms were all red.”

He admitted that laughing at a friend’s pain might not be entirely endearing, but it was the way she reacted that he found hilarious.

“She said she was dying and probably wouldn’t wake up tomorrow because of the bruises,” he laughed. “She’s so over dramatic all the time.”