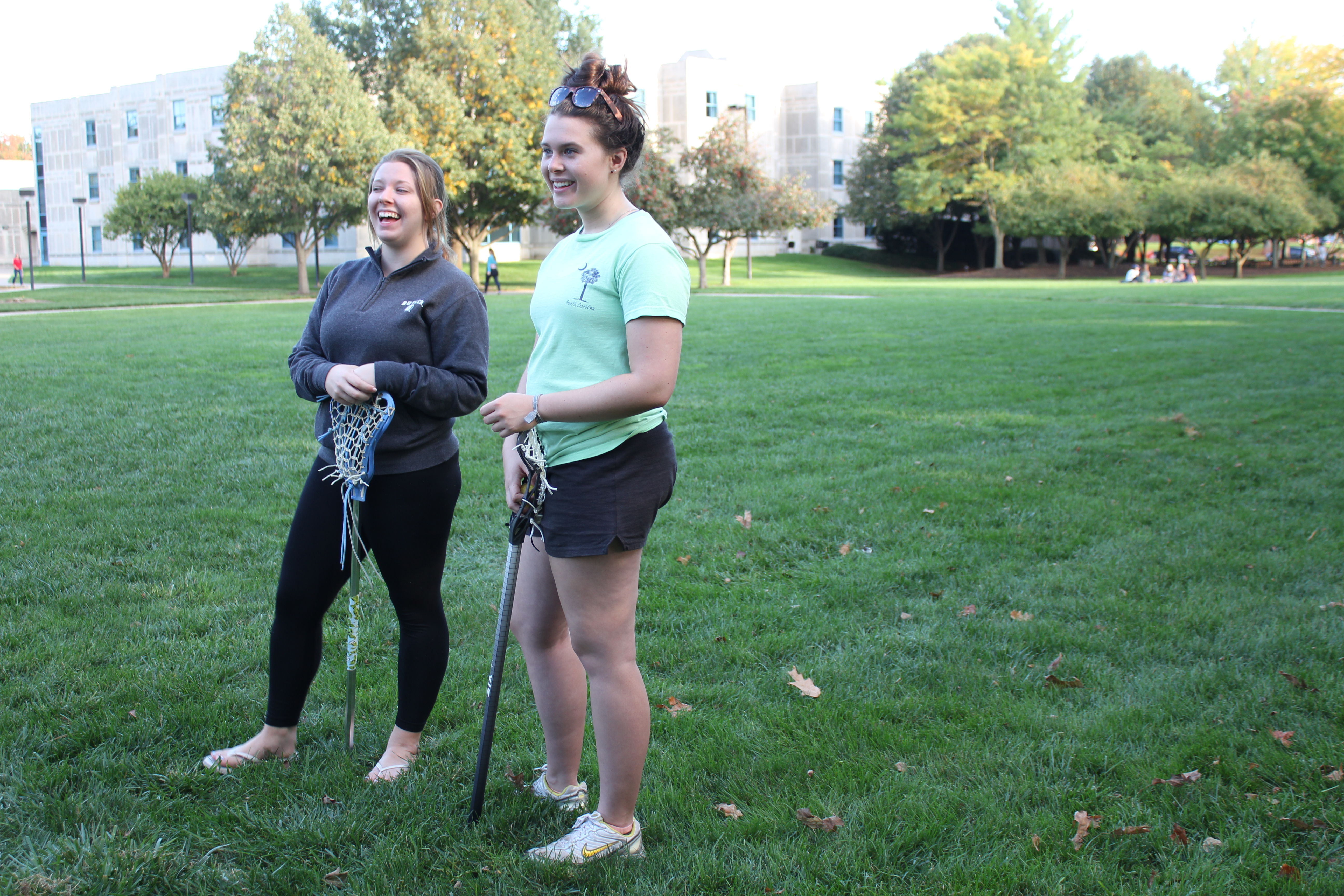 Freshmen Carly Cripe and Emmie Dill take advantage of one of the final warm evenings of the year to play lacrosse together on the south mall.

While they have played, respectively, for one and two years, the smiles and laughter emanating from the girls only prove that it is not winning that matters. It is about having a good time.

Family and friends helped to bring both girls to lacrosse.

“I always wanted to do it,” said Cripe, who was on her high school’s colorguard and softball team. “I played throughout the summer with my brother; we kind of decided to try something new.”

Cripe is playing on Butler’s club team this year.

Dill, smiling, said her friend “talked her into it.”

She is unable to play on the club team this year due to scheduling conflicts.

Dill played basketball in fourth through eighth grade and danced on and off along the way, but now, she plays lacrosse in her free time.

“It’s the first sport I’m good at!” she laughed.

The most difficult part about lacrosse, the girls agreed, is cradling, which involves running while keeping the ball safely tucked in the pocket of the lacrosse stick.

Once you get the hang of cradling, they said, you are good to go.

Still, she stays positive and gets lots of practice on the club team here at Butler.

“I’ve made a couple goals in our scrimmages, though,” she said. “I’m starting to feel a little better about it.”

Dill plays defense, but she’s also had her fair share of encouraging moments with the sport.

“You never get the ball when you’re defense,” she said.

But one time, she did.

“I was triple-teamed by three girls, so I couldn’t throw it anywhere,” she said, laughing at the memory. “But I had it for longer than a minute!”

From observing the way the two laugh together and toss the ball back and forth, one would never guess that this was only their second time playing together.

To them, lacrosse is “good if you want to get outside and do something,” Cripe said.