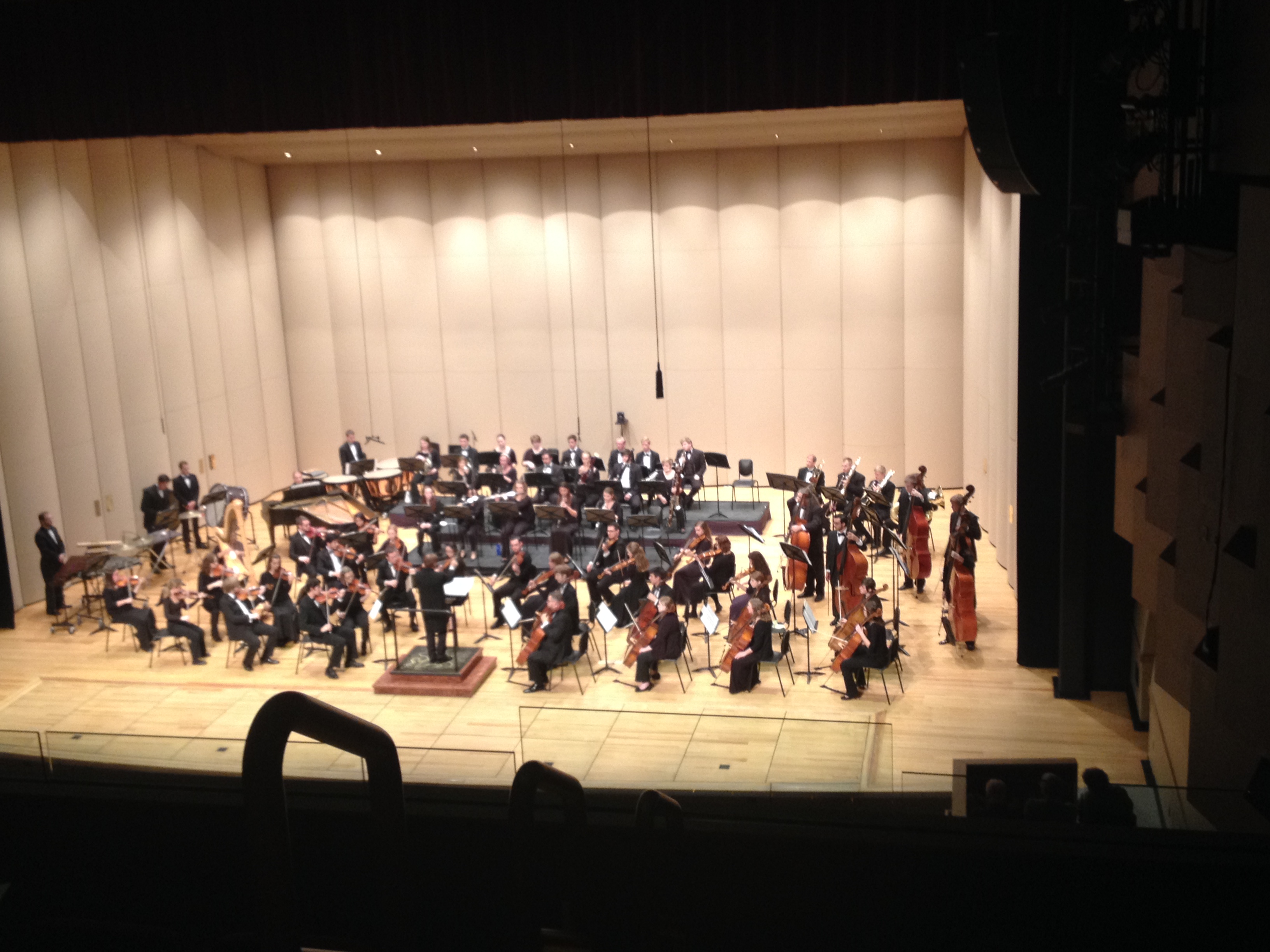 The Butler Symphony Orchestra graced the stage in an immaculate performance at the Howard L. Schrott Center for the Arts this Saturday, Oct. 25.

The program, which consisted of four pieces, included the world premiere of a piece written by Butler music faculty member Frank Felice.

After a late start, the show began.

The first piece, “Concerto Grosso op. 6 no. 8,” was done with a small ensemble of just a few string players rather than the whole ensemble.

This piece felt more intimate than the others because of the small ensemble. The players seemed more in sync with the audience than in the other pieces.

The audience loved the first piece, continuing their applause through two curtain calls, but the favorite of the afternoon was the premiere of Felice’s “Time and Motion.”

This piece featured a larger orchestra that filled the entire stage.
Felice himself played in the symphony, joining the string bass players onstage.

As soon as they started, the performers quickly filled not only the stage but the entire hall with sound.

“Time and Motion” was structured to begin quietly and grow in dynamic level as time went on, eventually moving back to the volume of the beginning.

In the middle of the piece, at the very peak of the crescendo, the symphony and audience were completely engrossed.

The audience hung onto every sound the musicians produced, drinking them all in as the piece progressed back into a softer sound while the players eyes concentrated intensively on the music in front of them.

As the piece drew to a close, the hall was silent.

Then, as Director Richard Clark, put his hands down, the Schrott Center exploded with sound.

The audience cheered in approval as Felice came to the front for his bow, rising to their feet in appreciation of the piece.

Throughout the concert, the Butler Symphony Orchestra never failed to impress and received roaring applause after every piece.

The audience was so large that there were not enough programs, but the listeners were so engrossed in the music, they did not seem to mind.

This Sunday’s concert was an extraordinary example of the musicianship that exists on Butler’s campus.

The BSO was in tune and together throughout the performance, making difficult repertoire look like child’s play. Overall, I give this performance a 5 out of 5 stars.