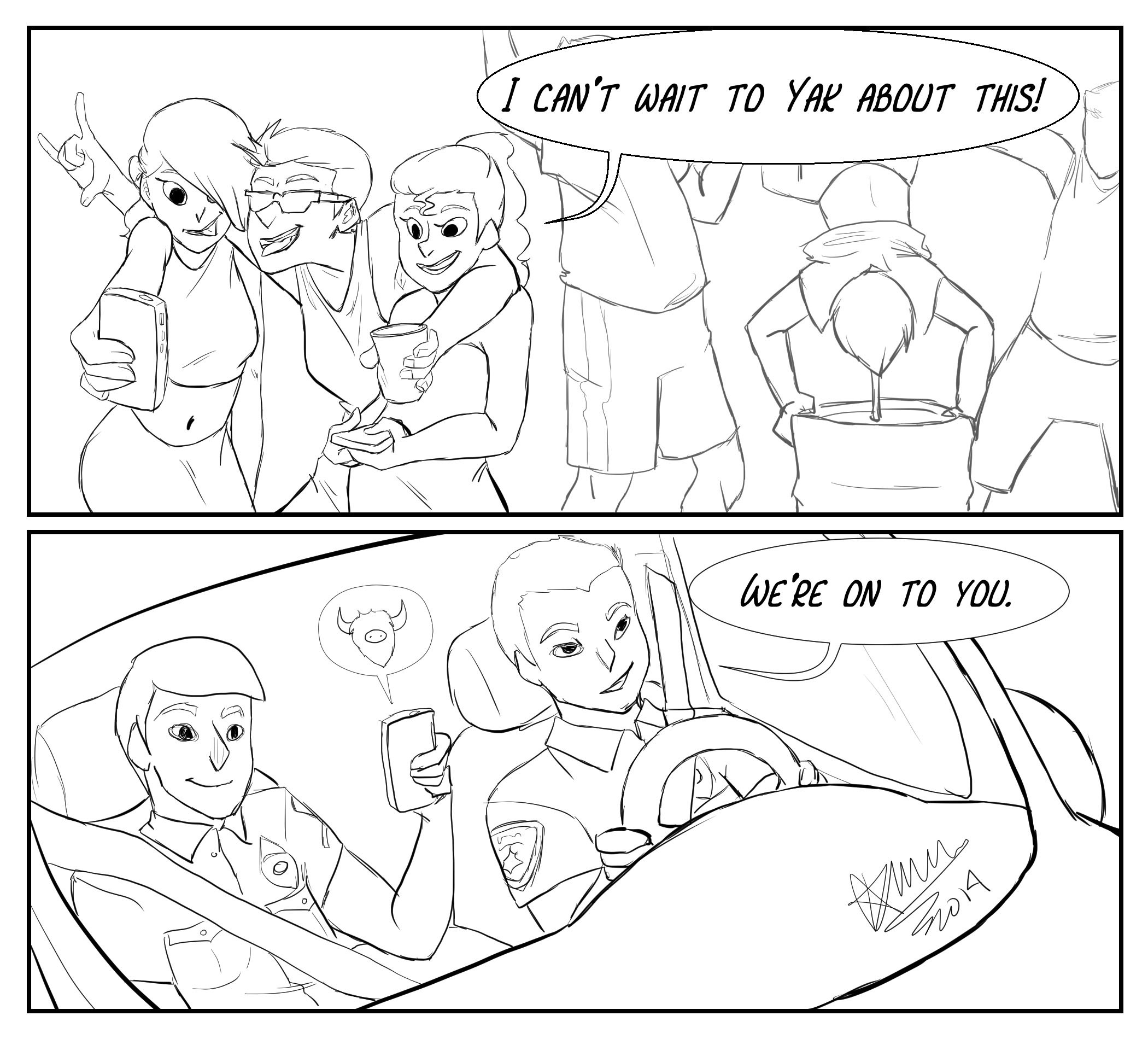 The increasingly popular phone application, Yik Yak, will celebrate its one-year anniversary this November, and Butler students have joined the frenzy.

Tyler Droll and Brooks Buffington, graduates of Furman University in South Carolina and the creators of Yik Yak, now own the third-ranked program in the iTunes App Store, surpassing another popular social media app, Snapchat.

Yik Yak allows users to send short postings and receive comments from other users. Each post is up-voted or down-voted depending on its popularity.

The main difference between Yik Yak and other social media sites is that this app is completely anonymous.

In my opinion, this is the ultimate tool for bullying.

According to an article in Wake Forest University’s student newspaper, Buffington said the anonymous nature of the app completely levels the playing field.

“You are judged purely on the content you post,” Buffington said. “It lets people put their guard down a little.”

This feeling of letting your guard down also eliminates consequences. If there are no consequences, fewer individuals will hold back their comments.

Yik Yak was created as an open news forum for college students. According to the Yik Yak site, it is now present on about 250 campuses.

The app’s location functionalities can detect if an adolescent is trying to access it from a high school or grade school and will not let them use it. This makes Yik Yak, in theory, strictly college-based.

By default, college students can see postings for their particular university based on location. People may access posts from other schools, however, they cannot send a “Yak” unless they are in the particular location.

Unlike Twitter, users aren’t limited by the number of followers they have because every person on campus is able to see what they post.

This kind of power could be helpful if Yik Yak was used for what it was originally created for, a news forum.

Instead, it seems to be a tool for users to bash one another.

Sometimes, the insulting comments even call people out by name.

Many students use the app to get their daily dose of shock value and entertainment, such as sophomore Danielle Ruppal, who said she checks the app several times a day.

“I think there are definitely inappropriate comments posted on there, but, for the most part, it is good for entertainment,” she said.

I think people check the app so often because they are waiting to see if they are going to be the next Yik Yak victim. You have to be on your guard while walking around campus because you could be the next person targeted.

Although it is entertaining and humorous to read about the latest gossip, Yik Yak becomes problematic when posts turn hateful and vulgar.

Levester Johnson, vice president for student affairs, said the university partners with Butler’s Student Government Association to try to soften negative forms of social media, and instead focus on promoting The Butler Way.

“The internet, in general, provides opportunity where people could hurt others,” Johnson said. “Anything we can do to promote the positives of this powerful tool is for the better.”

Of course, Yik Yak isn’t all bad. There are some benefits.

You can reach the entire campus quickly if you had important information to share with the community. But, there are better ways to get your message across besides posting rude or insulting comments about a particular person or group of people for all to see.

“If there are concerns in a community, there are appropriate ways in which you can voice your opinion,” Johnson said. “You can meet in person and utilize means so that people can exchange information to get to the roots of concerns or issues.”

If Yik Yak were used as a means for students to exchange positive thoughts and concerns, the app could be conducive to Butler’s campus.

Unfortunately, that is not the case. The app continues to be a tool for students to gossip about one another anonymously, making cyber-bullying that much more prominent.

20 Examples of Yaks from Butler and other universities: