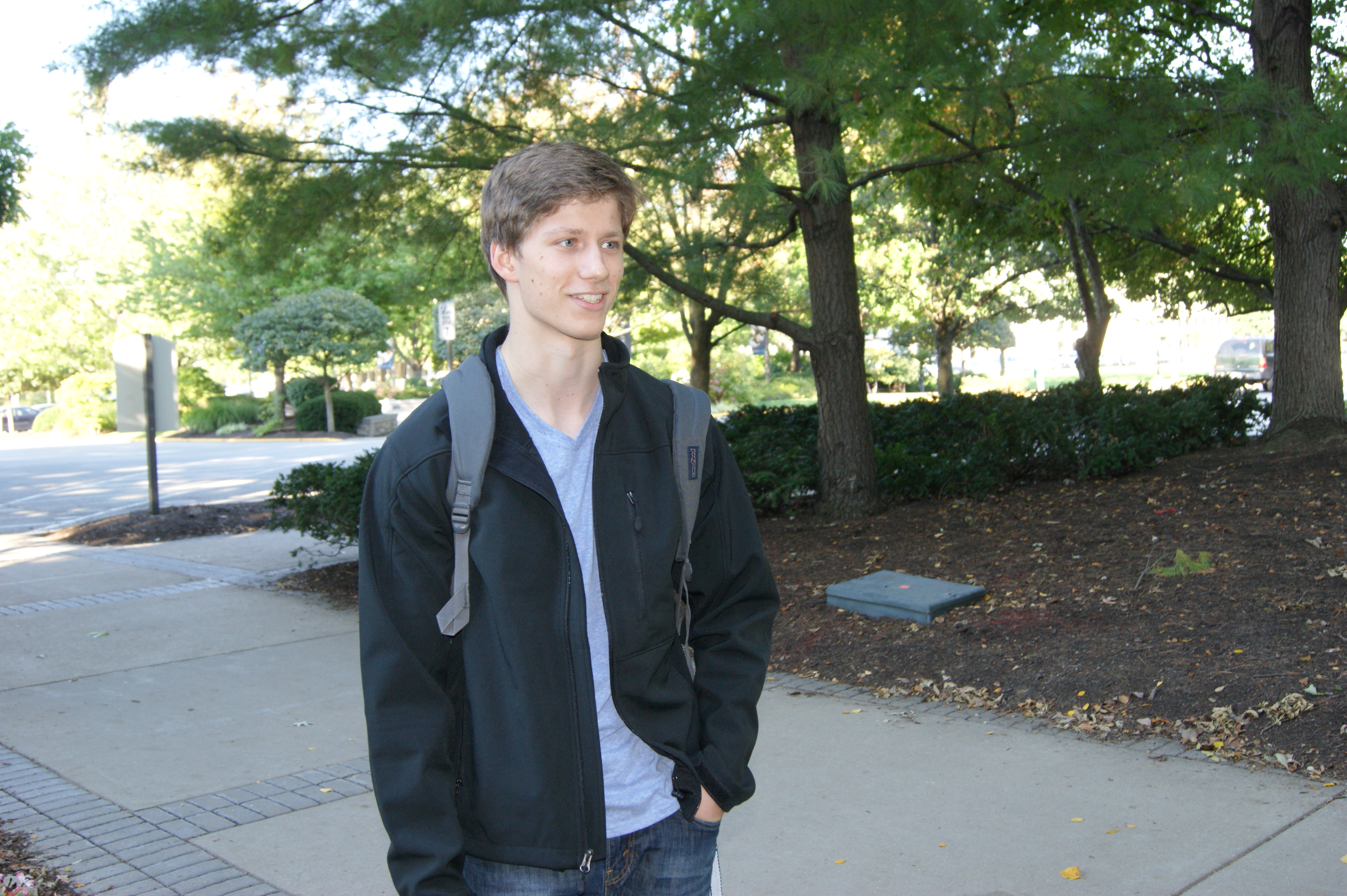 Tristan Feilla casually strolls through the quad between Jordan and Gallahue Halls on his way to meet a few friends for dinner.

While he might humbly consider himself a typical student, maneuvering campus wearing jeans and carrying a water bottle, Feilla has a very multifaceted background.

A freshman in the engineering dual-degree program, Feilla grew up in Detroit.

He said the best part about that was his education.

Feilla attended the International Academy in Bloomfield Hills, Michigan, which currently holds the No. 2 ranking of international schools in the state, according to its website.

This ranking was achieved based on the school’s college readiness index and math and reading proficiency.

“We were number one until my class, but we kinda messed it up,” he laughed.

By attending the International Academy, Feilla said he had the opportunity to meet and make friends with students from across the globe. Some of his best friends are fromPoland, Shanghai, Germany and India.

Feilla himself has roots elsewhere. His family is originally from Finland.

“I’m a first-generation American,” he said. “My dad was born in France to a Finnish mother and a French father, and he moved here when he was about fifteen.”

Some of his family still resides in Finland and France today, and he has visited Finland.

While he can speak fluent French after studying it in high school, Feilla said he does not speak Finnish because “it is a very difficult language.”

The people in Finland are “quiet” and have “very good English grammar—very good,” he said. Many of them are also bi- or trilingual, speaking Finnish, Swedish and possibly English.

Aside from the great food in Finland, the country “seems a lot more earthy, in a way,” Feilla said. “Everything seems kind of real. We were in the city and in rural areas, and it was just very easy to kind of seclude yourself and be more out in nature.”

Before divulging all of this, Feilla said, “I feel like I have nothing special to share; I just don’t want you to have a crappy article.”