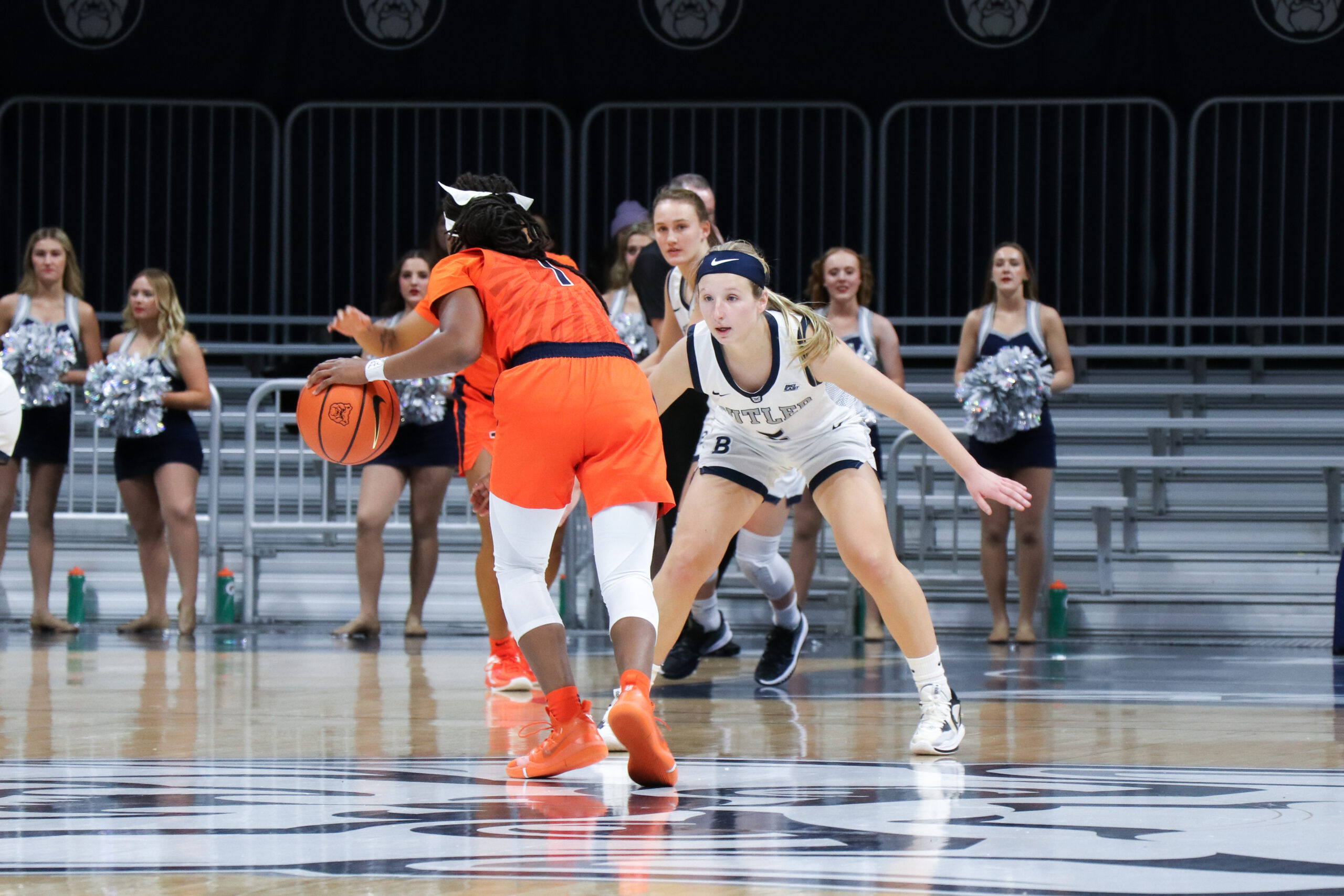 The Butler women’s basketball team will finish off their two-game homestand against Providence after a 75-56 loss against Creighton on Saturday. The Bulldogs will look to improve upon their 2-7 conference record heading into about the halfway point of conference play. Providence will enter Hinkle Fieldhouse suffering an 80-57 loss against Marquette. With both teams accumulating a similar overall and conference record against Big East teams, this matchup should be a highly competitive game.

Here’s what you need to know ahead of the matchup between the Bulldogs and the Friars.

Two key elements hurting the Dawgs this season are turnovers and allowing offensive rebounds. Through Jan. 15, Butler ranks last in the conference in rebounding offense and turnover margin. At the end of the game — in the big picture — these two stats have cost the Bulldogs in allowing their opponents to score. In their game against Creighton, the Bluejays scored 18 points off 14 turnovers and 15 second-chance points off 11 offensive rebounds amassing a total of 33 points. Had the Bulldogs limited one or the other, the game would have been less of a climb for Butler with less than a five-point margin.

Heading into this matchup, the Bulldogs will have to limit their turnovers as the Friars are averaging 13.7 takeaways a game. Butler needs to continue to have solid ball handling on the offensive side while also taking advantage of possessions.

Looking at the Friars

Luckily for the Bulldogs, their first look at Providence this season will be at home and not on the Friars’ home court as they hold an 8-2 home record. Senior Janai Crooms, sophomore Olivia Olsen and junior Brynn Farrell have led Providence this season starting in all 19 games and being top contributors on the offensive side.

The Friars will be at full strength, so the Bulldogs should expect head coach Jim Crowley to go deep into his bench. The Bulldogs will need to be ready and be able to adjust defensively to those situations. Butler will want to box out on their side of the court, as Providence ranks second in defensive rebounds. In doing so, the Bulldogs will want to take advantage of any offensive rebounds they get to prevent any drastic point deficits.