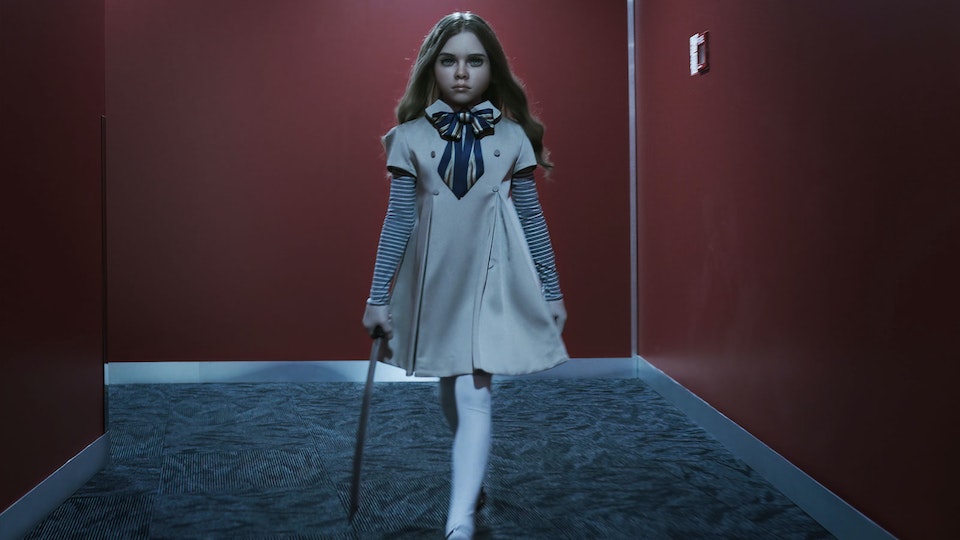 The eponymous M3GAN has become a star in her own right. Photo courtesy of Empire Online.

Who would have thought horror needed singing and dancing?

Blumhouse and Universal’s “M3GAN,” released on Jan. 6 is currently making waves across the world and social media. The science fiction horror film, directed by Gerard Johnstone, shocked the industry grossing $30 million in the box office on its first weekend, according to Variety. Clips from the movie went viral on social media prior to its release, which only helped the opening turnout. “M3GAN” combines horror and comedy in the best way for a movie full of laughs and jumpscares.

The film centers a workaholic twenty-something named Gemma, played by Allison Williams, who takes guardianship of her niece, Cady, played by Violet McGraw, after her sister and brother-in-law die. Gemma works for a groundbreaking toy company, called Funki, as a roboticist creating popular mechanical toys. Gemma and her team have been working on a secret project, creating a robotic doll named M3GAN, short for Model 3 Generative Android, that is programmed with artificial intelligence to be a perfect friend and protector for any child. As Gemma struggles to find connection with her niece, she uses the M3GAN prototype to give Cady the perfect companion. As M3GAN and Cady grow closer, M3GAN becomes dangerously protective of the child. When M3GAN becomes murderous, Gemma is forced to choose between her job and her niece.

Though horror movies about killer dolls such as “Annabelle” are common,“M3GAN” brings a whole new level of reality to the table. While Annabelle is possessed, M3GAN is a robot with artificial intelligence, which is becoming more popular in the electronic world today. The film comments on how much society relies on technology, from self-driving cars to virtual assistants.

This extends to parents in today’s world who often choose their phones or TV to keep their children occupied. Johnstone wanted Gemma’s struggles to feel relatable, saying in an interview with The Playlist, “I wanted to put as many of my own struggles and anxieties and frustrations that I was having as a parent into this movie. Parenting in the age of AI and iPads.”

Jana Dinkeloo, junior vocal performance arts and administration double major, enjoyed both the comedic and horrific sides to the film.

While M3GAN might look completely computer generated, in most scenes she is not. According to IndieWire, “bringing M3GAN to life involved a combination of visual effects, animatronics, puppetry, and a human actor.” Still shots of the doll use a puppet, but the movements are entirely human in a silicone mask. The mask was animated to move because the movie budget could not cover an animatronic one. M3GAN is played by Amie Donald but is voiced by Jenna Davis. Donald is a dancer and brown-belt in karate, so many of the crazy moves that seem computer generated in the film are actually her, including the scene where M3GAN runs on all-fours.

Artificial intelligence, or AI, is not a new concept in film, from “Ex Machina” to “The Terminator.” The difference today is that AI is becoming much more prevalent in the world of technology. According to IBM, “Artificial intelligence leverages computers and machines to mimic the problem-solving and decision-making capabilities of the human mind.” AI is used in Siri on iPhones, virtual customer service agents, Alexa personal assistants, Roombas, Teslas and so much more. In the film, Gemma uses a smart assistant in her house, but M3GAN is able to hack into it and cause even more problems. Just like Gemma, no one knows the full depths of AI, and the future could look just as scary as this movie.

“It definitely is scary to think about,” Anderson said. “I think that was the main reason why I was so scared while watching it because AI and animatronics kind of hits a little too close to home sometimes. It was terrifying.”

Surprisingly, “M3GAN” is only rated PG-13. It certainly pushes those limits, but never fully enters R-rated territory. The film does have some pretty graphic scenes when M3GAN kills her victims, and there are some light swear words thrown around. Some critics, like ScreenRant, think the rating holds the movie back. M3GAN has the potential to be much more graphic than it was, and at one point it was shot that way.

According to Collider, M3GAN was originally made to be rated R, but with a few tweaks was brought down to PG-13 status. Johnstone was able to take away the gore but leave the fear, but this does mean an R-rated version of the movie exists somewhere. Screenwriter Akela Cooper said in an interview with the LA Times that, “There should be an unrated version at some point. But yes, it was way gorier.” So, critics and fans might eventually get to see the film in its full gory glory.

Junior marketing major Bekah Kinworthy enjoyed the film and was not surprised by the positive reviews it received.

“I think it lived up to [the hype],” Kinworthy said. “I would want to see the R-rated version, and I would go see a sequel.”

“M3GAN” released with positive reviews from fans and critics alike. It is “Certified Fresh” on Rotten Tomatoes, with a 95% rating. Viewers related to the commentary on technology that the film offers, and the theatrical scenes only made it better. The scene where M3GAN sings Sia’s “Titanium” as a lullaby to Cady is particularly laughable.

“M3GAN” was a great start for the horror film genre this year and left fans wanting more. There is possibly an R-rated version coming soon, and the cliffhanger ending hopefully means there will be a sequel. The film is currently still in theaters, but will most likely go to Universal’s streaming service, Peacock, in a few months. M3GAN is the moment, and the movie should be seen by all.