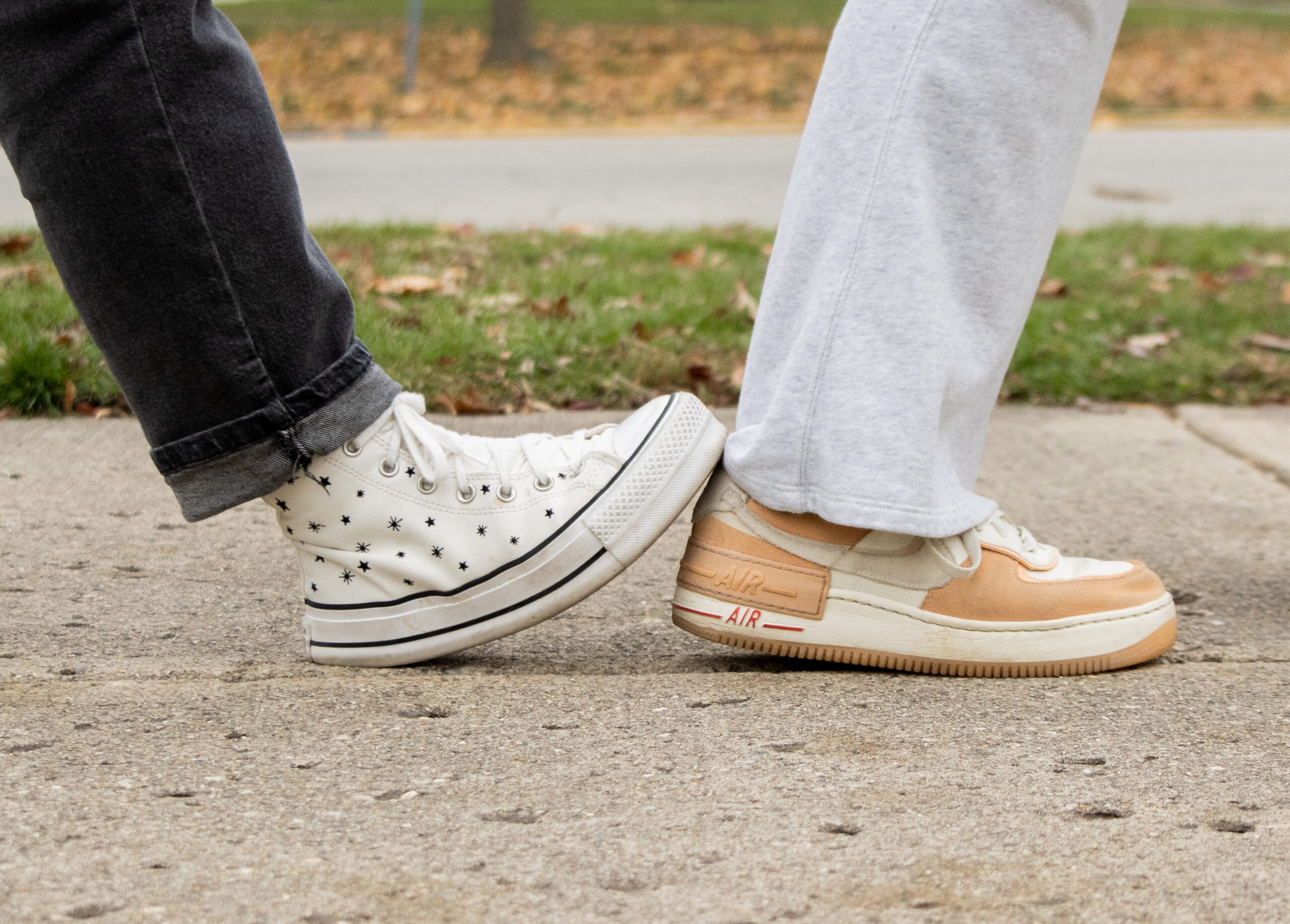 Some people have been blessed with the natural ability to walk at a fast pace, while the rest of us are not privy to such blessings and privileges.

As both someone who is on the shorter side of the height spectrum and a fast walker, I am sick and tired of having to deal with people who walk slowly, especially when they are tall. When the person in front of me is a slow walker, I am annoyed. But when that slow walker is a tall person? I am filled with a deep, primal rage.

If you have long legs, you better put them to use. I should not be the faster walker when I am walking alongside a person who is a whole foot taller than me. Between myself and my six-foot peers, it is ridiculous that I am consistently the faster walker. Taller people have longer legs, which allows them to take longer strides. Longer strides should mean that taller people are able to walk more quickly.

Sophomore biology major Ali Mohamed, at 6’ 1”, is a self-identified tall boy who had some thoughts to share about his walking speed.

“If you asked my friends, they would say [I walk] pretty slow,” Mohamed said. “I’m just never in any rush.”

I asked Mohamed if he thought he could walk faster, and while he took a moment to think about it, he ultimately gathered his thoughts and came to his senses regarding the matter.

“If someone complained, I guess I would try [to walk faster],” Mohamed said.

This is my formal complaint, Mohamed. Please walk faster.

To even further understand the perspective of slow walkers, I spoke with sophomore biology major Zohal Atmar, who is above the average height for a woman. I asked her about her thoughts on her walking speed compared to that of her shorter counterparts, and she provided a theory as to why shorter people may walk faster.

“[Walking slower than shorter people is] really embarrassing,” Atmar said. “Because from an evolutionary standpoint, I should be overtaking [short people] … Tall people are expected to walk faster because of our longer legs, but shorter people have to match up to that, [and] therefore they practice walking faster. So us tall people have been really lacking in that aspect.”

I would have to agree with Atmar: I have a lot of experience with walking fast. Let me take a moment, however, and explain my background. My experience developed out of middle school. When everyone else was experiencing growth spurts and getting taller and taller, they started walking faster. I, too, was experiencing growth spurts and height developments, but my changes in height were not as significant as most of my peers. Everyone else had become taller, and my short legs had to struggle to keep up. I was constantly huffing and puffing in order to keep up with the majority of the tall people around me, and through doing so, I became a fast walker.

Now, however, everyone has decided to slow down. The habit of walking quickly became so deeply ingrained in me that I cannot imagine not walking fast. This is not something that only I have witnessed, however. Sophomore environmental studies major Owen Beute had a similar experience.

“I grew up really short,” Beute said. “When I would go hiking with my dad, he would always walk really fast … [and] I’d have to learn to keep up with him. And now it’s just good to keep that habit.”

Beute shared that he is now on the taller side, and he has continued to walk fast. Atmar’s height is also above average, and she explained that when she was younger, she used to be a fast walker, and now, as a taller adult, she walks slower.

“When I was younger, I was the fastest kid on the block,” Atmar said. “I was just speeding through the halls, and everyone else, who was so much shorter than me, was always late to class, and I was the first one there. And now it’s the opposite.”

Perhaps some tall people become slower as they age into adulthood. I shared my story, and my theory, with Mohamed during our interview, and he became emotional at the thought of how short people once struggled to keep up. He even provided a possible solution.

“It saddens me that that’s part of the struggle for them,” Mohamed said. “But I feel like they could walk slower, too … I think we can all walk slow.”

If I can walk from Atherton Union to Levinson Family Hall within the span of a few short minutes, why should I have to spend more time than I need to while making that journey? Walking faster cuts down on travel time, allowing us to spend more time doing things we actually need to do.

“You don’t have to worry about leaving 10 minutes [early] from your dorm to get to class,” Beute said. “You can cut it down to six or seven [minutes] if you walk faster.”

As a society, we should all pick up the pace and walk faster. I think it is possible for everyone to walk faster. Even fast walkers can quicken their pace. I try to challenge myself to walk as fast as I can without having to run. It is genuinely the best form of entertainment — and exercise — you can get. I have hopes that we can all walk quicker, and so does Mohamed.

“I think that by spreading the word, maybe you can get us to go back to how fast we were walking,” Mohamed said.

Despite some of our disagreements, I appreciated Mohamed’s words and support. In order for society to go back to walking faster, we need the support of the tall people that walk slowly. Join the movement for walking faster. Together, we can achieve great things at great walking speeds.