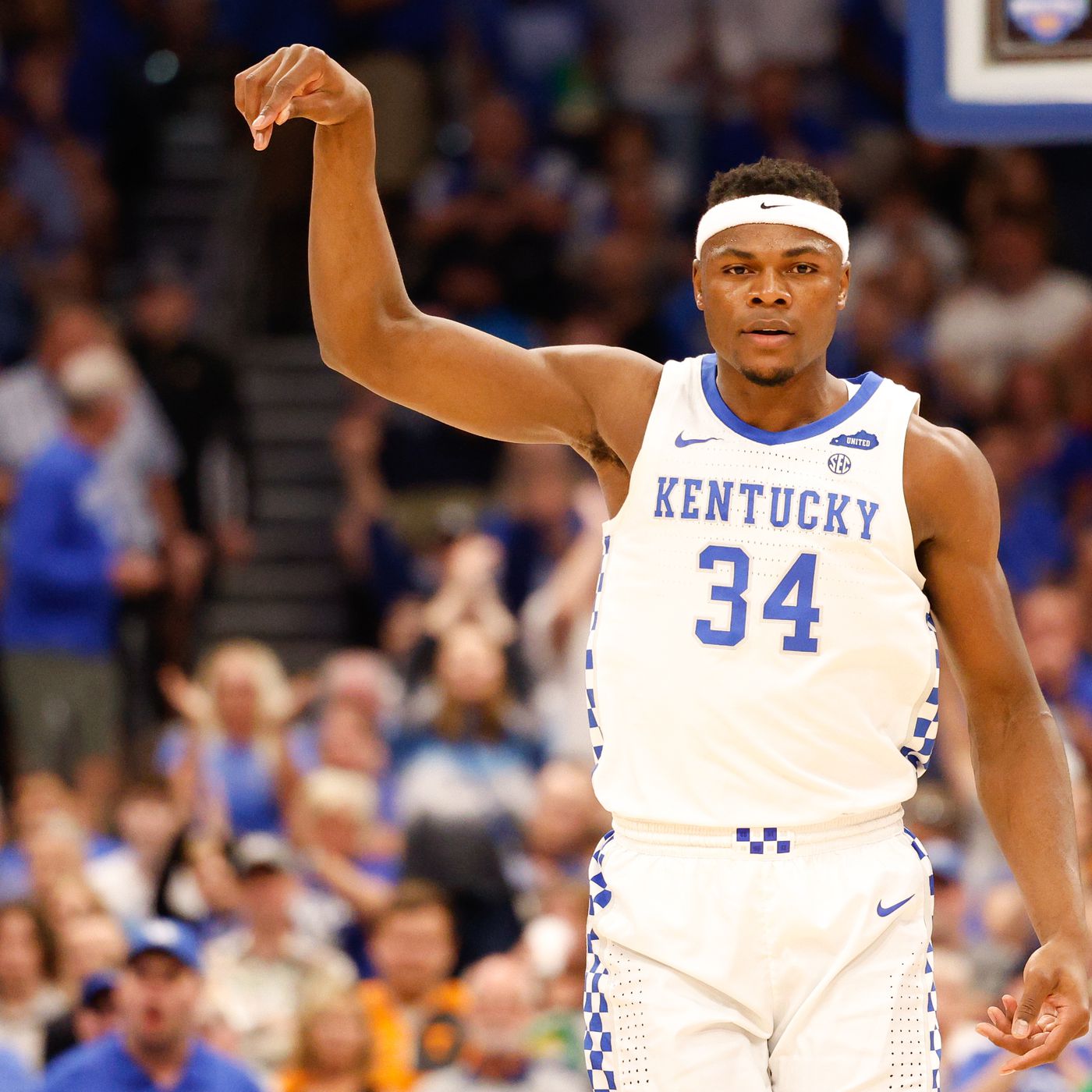 The Associated Press released their rankings of the Top 25 teams in all of college basketball for the 2022-23 season, meaning that we are just moments away from the action.

The college basketball rankings change every Monday during the regular season all the way until a National Champion is declared in April. The rankings serve as the groundwork to determine quadrant one victories and are used to evaluate the teams when the field of 68 is announced on Selection Sunday.

Should be ranked higher

Where they should be ranked: No. 1

The 2021-22 season for the Wildcats was overlooked when they were shocked in the first round of the NCAA tournament by the Saint Peter’s Peacocks. The team still had a very successful season, going 18-0 at home  and 14-4 in conference play. Kentucky returns John R. Wooden Award winner Oscar Tshiebwe, who had a double double in 28 out of the 34 games he played for the Wildcats last season. They also return Sahvir Wheeler, who was third out of any division one player in assists per game. Kentucky also is heavily favored in the KenPom rankings for 2022-23, having the best Adjusted Efficiency Margin at +29.77. Based on last year’s performance, the amount of talent on the roster and the analytics, Kentucky is the best team in the country.

Where they should be ranked: No. 12

Brian Dutcher enters his sixth season with the Aztecs and looks to have maybe the best team he has ever coached. The defensive side of the ball stands out for the Aztecs, as they were ranked second in the nation in adjusted defensive efficiency for the 2021-22 season and return the Mountain West Defensive Player of the Year in Nathan Mensah. The Aztecs also brought back their leading scorer, Matt Bradley, and landed one of the most sought after transfers in the portal in Darrion Trammell. The Aztecs are certainly the favorites to win the Mountain West. Do not be surprised if they are the best non-power six team behind Gonzaga and a dark horse to win the National Championship.

Exit: Lost in Final Four to No. 1 Kansas

The Villanova faithful received shocking news in the offseason when legendary head coach Jay Wright called it quits after 21 seasons. The Wildcats enter the new season with long time Villanova assistant and former Fordham head coach Kyle Neptune at the helm. Neptune did a sensational job in his first season with the Rams, improving them from 14th in the conference to eighth in the conference. Neptune now enters a situation where he returns four key rotational pieces and has two top 100 recruits. If Justin Moore’s knee doesn’t sideline him too long, the Wildcats should certainly be a top ten team in the nation.

Should be ranked lower

Finish: Lost to No. 1 Kansas in the National Championship

Where they should be ranked: No. 6

The Tar Heels had an improbable run in March, advancing all the way to the National Championship game as an eight seed. This Tar Heels team brings back significant pieces from that run including Preseason ACC Player of the Year, Armando Bacot. However, putting the Tar Heels number one after a hot March shows the impact tournament bias has the following year. Look at UCLA in 2020-21 — they made a run to the final four as an 11 seed and were rewarded with the two spot in the following year’s preseason poll. The Bruins went on to be a four seed in the NCAA tournament and lost in the sweet 16. This is not to discredit either of these two teams’ runs in the tournament, this is just to say that the season as a whole is a better resource to predict success. North Carolina is still a top ten team, but they are not the best team.

Where they should be ranked: NR

The Crimson Tide’s favorable seeding in the NCAA tournament was dependent on their quality wins last season. Alabama’s season was highlighted with wins against Baylor, Gonzaga and Kentucky last season. However, the Crimson Tide still lost fourteen games, had a .500 record in SEC conference play and still somehow managed to get a six seed in the NCAA tournament. Alabama also had one of the worst defenses in the SEC and ranked 92nd in defensive efficiency last season. Alabama does bring some exciting first-years to showcase this season, however, I think the Associated Press is riding the Alabama hype train too much — they’re barely a top 40 team right now.

Finish: Lost in the Sweet 16 to No. 2 Villanova

Where they should be ranked: NR

The Michigan Wolverines come off an underwhelming year, barely finishing above .500 in the regular season. They still somehow managed to get an at-large bid in the tournament, and were able to seize the opportunity and reach the Sweet 16. The Wolverines lost every key rotational player from last year besides Hunter Dickinson and only landed one transfer in the portal in Jaelin Llewellyn. The Wolverines will have to rely on young players and bench pieces to provide key minutes. This team is heavily overrated and if Hunter Dickinson is off, this team will struggle tremendously.

Teams that were left out of the rankings

Where they should be ranked: No. 22

The Aggies head into the 2022-23 season with arguably their best team under Buzz Williams. The Aggies played great basketball down the stretch last season, going 11-2 in their final 13 games and beating Auburn, Arkansas and Alabama in that stretch. Many questioned the committee’s decision to give an at-large bid to Michigan over a Texas A&M team that finished stronger and had a significantly better record. The Aggies bring back three of their top four scorers as well as some interesting transfers in Julius Marble and Dexter Dennis. If the Aggies weren’t robbed of an NCAA tournament appearance and made some noise in the field, their preseason ranking would look completely different.

Finish: Lost in the Elite Eight to No. 1 Kansas

Where they should be ranked: Top 20

The Miami Hurricanes made a Cinderella run in last year’s NCAA Tournament, falling just a game short of the Final Four. This year’s Hurricanes team is even better than last years, retaining key players such as Isaiah Wong and Jordan Miller and adding two of the best transfers in the entire portal in Nijel Pack and Norchad Omier. This team is the best in the ACC outside of North Carolina and Duke and is a serious dark horse to reach the Final Four. People should be all in on the Canes.

Where they should be ranked: No. 20

The Musketeers have had back-to-back disappointing ends to their regular season, both times having losing records in February and losing to Butler in the Big East Tournament. Xavier looks to change their misfortunes with the hiring of their new head coach, Sean Miller. Almost all of Xaviers’ top scorers from last year are back, and they add one of the more anticipated transfers in the portal in Souley Boum. With a coaching change and some new talent coming to the team, this team is definitely an NCAA Tournament caliber team, and a top 20 team as well.

While the preseason poll is a fun way to evaluate talent for the upcoming season, it is important to remember that it is just an estimate. At the end of the day, a lot of new teams will enter the poll and a lot will exit. The bottom line is when March rolls around, everyone is under the same set of rules — survive and advance.