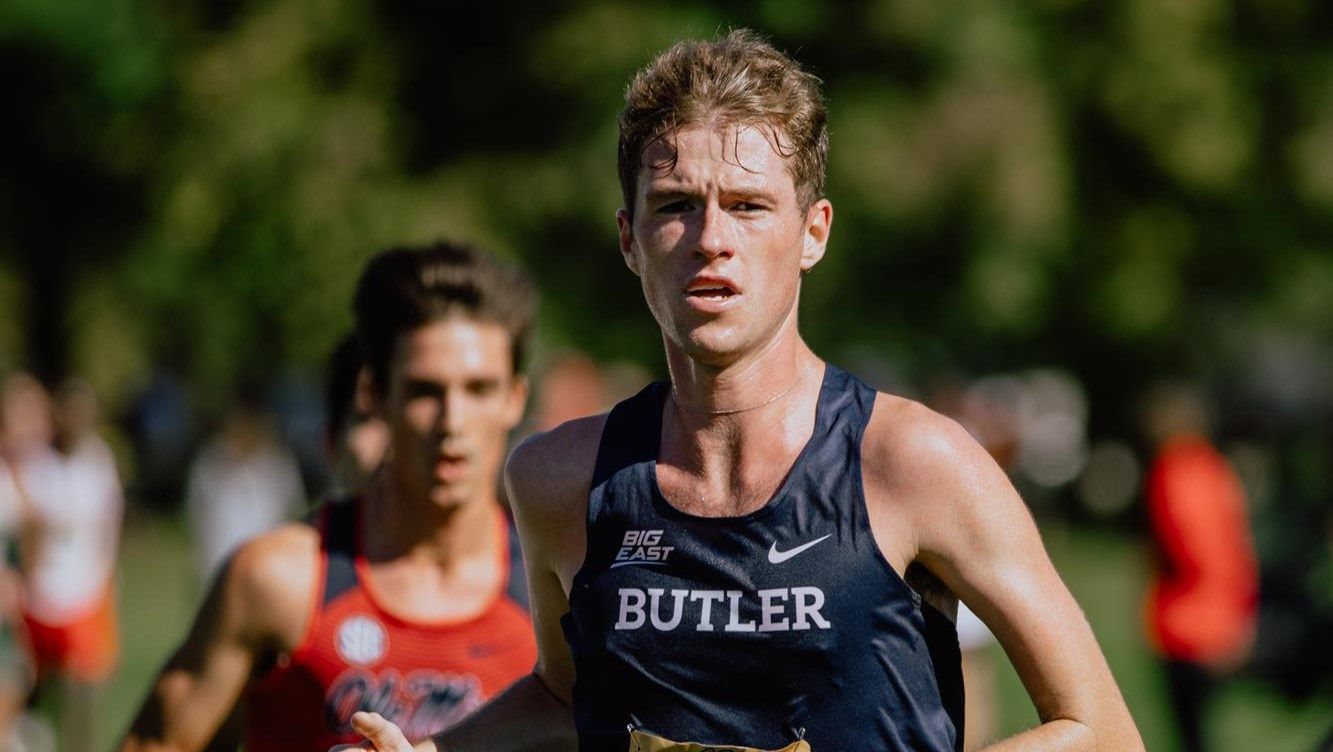 Barry Keane runs during the Joe Piane Invitational this past weekend. Picture courtesy of Butler Athletics.

Butler’s men’s cross country team took sixth place at the Joe Piane Invitational this past Friday while the women’s team took 14th at the same meet.

For the men, their three highest finishers were grad student Barry Keane who came in ninth with a time of 23:30.2, redshirt sophomore Jesse Hamlin ran a time of 23:44.0 to take 16th and taking 24th for the Bulldogs was sophomore Matthew Forrester who had a time of 23:52.6.

The final finisher for the Butler men’s team was redshirt sophomore Sean Robertson who ran a time of 25:57.6 to take 171st place.

Leading the finishers for the Butler women’s team, redshirt senior Mia Beckham ran a time of 16:51.5 and finished in 40th place.

Running in the 18 minute zone, redshirt junior Morgan Werner finished in 147th place with a time of 18:08.4 and finishing out the finishers for Butler was freshman Ashley Learn with a time of 18:17.6 which gave her 155th place.

Running unattached due to exhausting her cross country eligibility, Angelina Ellis finished fourth in the open race with a time of 16:53.6.

The next meet for both teams is NCAA Pre-Nationals being held at Oklahoma State University on Sat., October 15th.