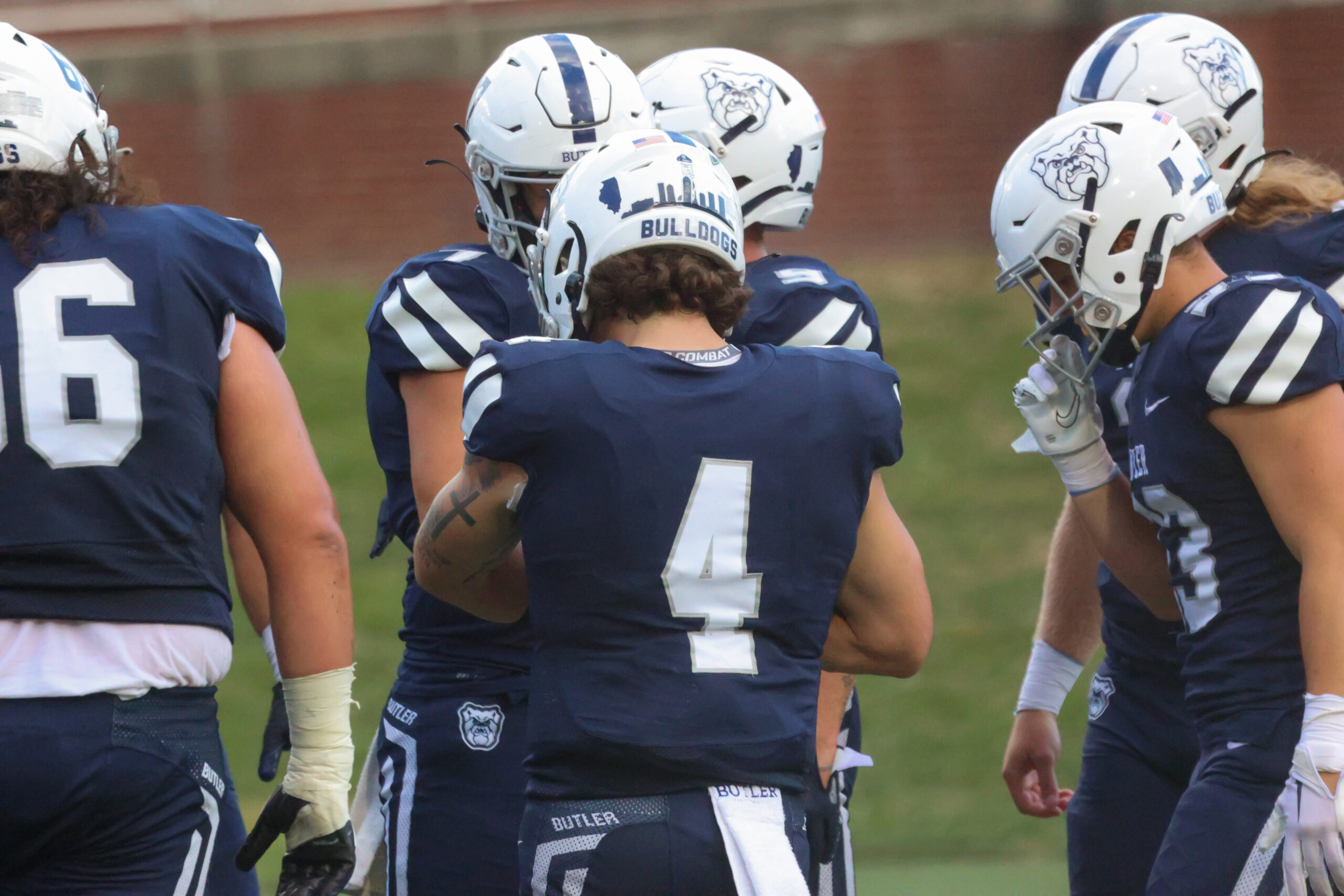 Bret Bushka leads the Bulldogs huddle in their game against Taylor on Sept. 10. Photo by Claire Runkel.

The Davidson rushing attack was on full display, running all over Butler’s defense. The Wildcats totaled 498 yards on the ground, compared to Butler’s 140. Davidson also dominated in time of possession. They had the ball for just over 40 minutes, where Butler had it for just under 20 minutes.

In the first half, Butler held Davidson to just three points, on a 44-yard field goal from kicker Caden Bonoffski with 8:40 left in the first quarter.

The Wildcats pulled away in the second half. With 10:40 left in the third quarter, Aaron Maione ran in a 9-yard touchdown to extend the lead to 10-0.

Later in the third quarter, Jayden Waddell found the endzone to cap off a 76-yard drive that extended the Wildcats lead to 17-0.

The fourth quarter was more of the same, with Aaron Maione finding the endzone for the second time, this time from 17 yards out to make the lead 24-0. To cap off the scoring, Bradyn Oakley caught a 24-yard touchdown from Jayden Waddell to extend the lead to 31-0.

The Bulldogs will look to get back into the win column, as they take on Dayton in a ‘pink out’ game at the Bud and Jackie Sellick Bowl on Saturday, Oct. 8 at 1 p.m.